Home » Investing » Stocks » October Has Been the Worst Month Since 2008

October Has Been the Worst Month Since 2008

October 2018 has been a historically bad month for stocks.

This chart below shows the performance of the nine exchange-traded funds (ETFs) that are getting hit the hardest this month (on the left).

Then on the right, it shows the returns from October 2008, which was at the heart of the last huge crash. 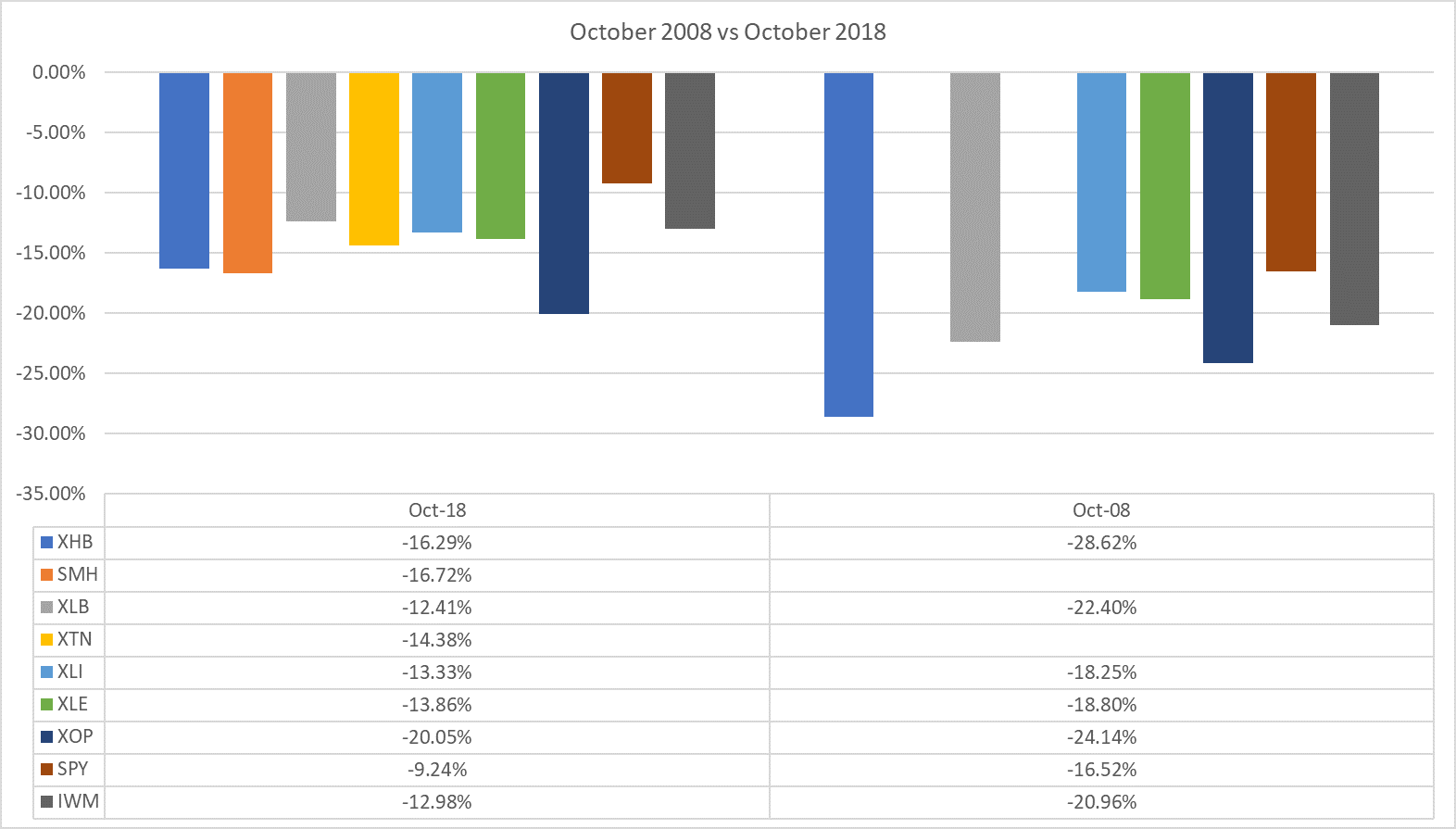 The two ETFs that don’t have returns for 2008 (SMH and XTN) didn’t exist back then, and this is the worst month for both since they were created.

A lot of these ETFs represent stocks that are affected the most during big market swings. They do really well during good times, but also fall the most during sell-offs.

On the other hand, SPY and IWM represent broader market conditions.

All of them are getting hit hard right now.

If Tuesday’s prices were it for October, it would be the eighth-worst month for the S&P 500 Index since 1950, and the sixth-worst ever for the Russell 2000 Index, which began trading in 1992.

Despite this sell-off, I’m not convinced that we’re headed for another 2008 anytime soon. The conditions in the economy right now are far better than they were back then.

In October 2008, we had already endured billions of dollars’ worth of bank bailouts.

The government had to take control of Fannie Mae and Freddie Mac because of all the debt they couldn’t pay.

Home sales had plummeted, and unemployment was spiking.

There’s also a huge tech revolution going on with the rapidly growing Internet of Things, electric vehicle and automation industries.

Much of the market is pricing in another crisis. But with the current state of the economy, it doesn’t make sense right now.

Overall, this is a dip that’s worth buying.

The Market Is About to Have a Tom Brady Moment