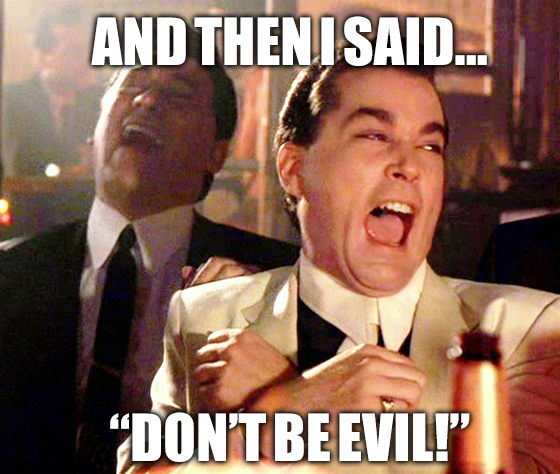 It’s not a sexy topic by any means. But it’s a vitally important one.

At its core, “right to be forgotten” is your right as a private citizen to request that companies, such as Google and Facebook, “forget,” or remove, any information about you that’s “inadequate, irrelevant or no longer relevant, or excessive.”

In short, it means that you can ask the Googles of the world to remove your personal information or details of previous crimes from global search results.

In its infinite wisdom, the European Court of Justice ruled:

There is no obligation under EU law, for a search engine operator who grants a request for de-referencing made by a data subject, as the case may be, following an injunction from a supervisory or judicial authority of a Member State, to carry out such a de-referencing on all the versions of its search engine.

Basically, the European Union ruled that if you ask Google to “forget” your information, it must remove it from European search engines only. The rest of the world is fair game.

Google hailed the ruling as a win for free speech.

I’m having a hard time swallowing that line of BS. We all know this was about money — the costs Google would incur to remove that information globally, and the potential for lost revenue on search results for said information.

You didn’t actually think all those services were free, did you?

Sure, they sell ads and generate revenue. But the real currency here is your information.

Your name, age, gender, location, search habits, interests, frequently visited websites, shopping habits, estimated income … these are all commodities bought and sold in the back alleys of the internet by the major tech companies.

They call it free speech so they can provide you with a better ad experience. They justify it by offering you “free” services.

Today’s ruling in the EU stands as a stark reminder that you, and only you, are responsible for your digital privacy. The government clearly isn’t going to protect you.

For full disclosure, I personally use both ProtonMail and PIA … and no, I don’t get paid to endorse either service. That would defeat the point, wouldn’t it? 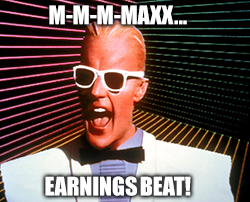 I was going to make a Max Headroom reference here, but, upon further review, some things should stay in the ’80s.

We’re on to a Max of a difference color. CarMax Inc. (NYSE: KMX) revved its engines this morning and tore out of the gate with better-than-expected second-quarter earnings.

Buying things online is wonderful, but buying a car online without driving it first? Especially a used car? That goes against everything I was ever taught about car buying. I mean, how do you kick the tires of an online car? Or look under the hood and pretend you know what you’re doing?

Besides, if you really want to buy a vehicle sight unseen, CarMax has online sales as well. Right now, the company is benefiting from a resurgence of the “buy used” trend in cars … one fueled by a record 4.3 million vehicle leases ending in 2019.

Finally, KMX continues to be a steady performer as a Great Stuff buy recommendation and is up more than 5% since I recommended the stock.

The Bad: You Had One Job 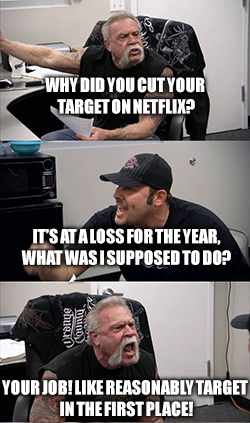 When is a downgrade really an upgrade? When it comes from Pivotal Research Group.

The ratings firm slashed its price target on Netflix Inc. (Nasdaq: NFLX) from $515 to just $350 this morning.

According to Pivotal: “We remain long-term bulls on the NFLX story and still think they win the global OTT [over-the-top] race and ultimately generate substantial profitability.”

So why the target cut? Pivotal believes that Netflix will respond to rising competition with increased content spending.

That’s a fair assumption, considering Netflix spent $15 billion this year and is expected to spend $17.8 billion next year.

But, let’s be honest: This target cut has more to do with NFLX shares turning negative for the year. It’s making overly bullish analysts nervous across the board.

They need a way to save face right now, especially Pivotal and its formerly unreasonable $515 price target.

Also, if you cut your price target by 47% and your new target is still more than 30% above the stock’s current price, then the problem isn’t the stock or Netflix — it’s you, Pivotal.

The Ugly: You’re a Wizard, Snapchat! 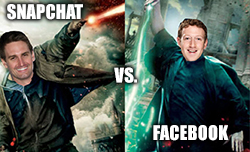 OK, so it’s not unexpected that Snap would help the FTC. It’s complained about Facebook’s business practices for years. What is unexpected is that Snap’s legal team has kept a running dossier of all of Facebook’s alleged misdeeds called “Project Voldemort.”

The aptly named dossier details a long list of Facebook activities that Snap believes to be anticompetitive, “including discouraging popular account holders, or influencers, from referencing Snap on their accounts on Instagram,” The Wall Street Journal reports.

And it’s not just Snap that’s talking to the FTC. The agency has reached out to dozens of app developers and tech company executives in search of similar information on Facebook.

For its part, SNAP is getting quite the sentiment boost on the news, rising more than 4% so far today. FB shares, meanwhile, have slipped roughly 0.5%.

(Oh, and a shout-out to StockTwits for the Project Voldemort meme.)

While Pivotal Research was reining in its enthusiasm for Netflix this morning, it inadvertently provided us with our Great Stuff Quote of the Week:

In the end, our view is that very few players can (or will) keep up with these spend levels and that ultimately this will be a 2-horse race (NFLX and Disney) where both horses can win, with Amazon on the periphery and there is a reasonable shot that AT&T will screw up HBO as a competitor.

Let’s read that again, shall we: “There is a reasonable shot that AT&T will screw up HBO as a competitor.”

I do love a good one-liner, especially one that comes out of the blue like that. That one was so unexpected it made me laugh. Poor AT&T Inc. (NYSE: T).

To quote their Emmy award-winning show Game of Thrones: “It is known.”

It’s been more than a week since the last Great Stuff stock pick. I could offer excuses, such as my cat ate my stock filter, my laptop was confiscated at the Area 51 raid or I was so inspired by this year’s Total Wealth Symposium that it totally slipped my mind.

That last one might actually be true … or not. Only one way to find out, and that’s by clicking here.

But excuses aren’t stock picks. The Great Stuff filter has one lined up for you for tomorrow, though. A little more due diligence, and I should have an excellent prospect for the alternative energy sector all ready to go.

And don’t worry … no Swedish teenagers will be involved. This isn’t the U.N., after all.