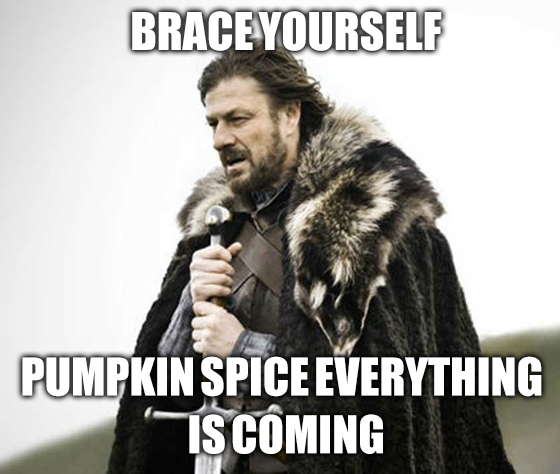 And the Emmy Goes To…

So, the 71st Emmy awards show was on last night.

If you watched the whole thing, you probably called in sick to work this morning. I watched the first 15 to 20 minutes of the thing, got nauseous and had to load up on Tums and Pepto.

Yes, it was that bad. It was pumpkin-spiced bad.

Why would I do such a thing? For you, dear Great Stuff readers.

While last night’s Emmy’s was far from hip, it was rather insightful with a somewhat surprising outcome for content producers.

AT&T Inc.’s (NYSE: T) HBO was far and away the biggest winner of the night, scoring 34 awards. The final season of Game of Thrones snagged 12 awards, including best drama series and best supporting actor (Peter Dinklage). Disgruntled Thrones fans had some vindication, however, as showrunners Dan Weiss and David Benioff walked away empty-handed on the writing front.

HBO’s stellar miniseries Chernobyl also walked away with a trio of wins, including best limited series.

For a full list of Emmy winners, including a snarky intro worthy of Great Stuff, check out this wrap-up.

If the 2019 Emmys proved anything, it’s that AT&T has potential. At the beginning of September, I said: “AT&T has the power to become one of the major players in online streaming … but that’s only if it finds some sanity in its own little ball of confusion.”

I stand behind that statement. The company has oodles and oodles of content just waiting to be leveraged. It has major brand recognition with HBO and Time Warner. It has firm standing in both the online streaming and traditional TV and movie markets.

It also has a massive debt load near $180 billion and management that has no clue how to effectively utilize its vast library of content.

In this respect, activism from hedge fund Elliott Management Corp. could be the best thing to happen to AT&T. With all the tools at its disposal, streamlining would not only help AT&T better make use of what it has, it would also help pay down its massive debt.

A more focused AT&T with less debt could be a serious threat to the Netflixes and Disneys of the streaming world.

The lesson here is: Stay focused — don’t be like AT&T. And you can apply that lesson to your everyday investing by listening to … who else other than Banyan Hill expert Paul ?

Paul has a focused and proven strategy for quadrupling your wealth. It’s true!

Just click here for real subscriber testimony about how you can reap triple-digit gains!

The Good: Fit as a Fiddle 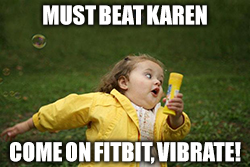 I’ve never thought of Fitbit Inc. (NYSE: FIT) as a serious company. Back in July 2017, I said: “There’s no compelling reason to own stock in Fitbit.” Everything the company makes is made cheaper or better by one of its competitors.

Fitbit has always been more of a product than a company … one that Apple Inc. (Nasdaq: AAPL) should have snapped up a long time ago. Now, it seems that Fitbit might have finally realized this fact for itself.

According to a report on CNBC, Fitbit has hired Qatalyst Partners to explore the possibility of selling the company. Let’s be clear, however: These are unconfirmed reports from the infamous “people familiar with the matter.”

Still, for Fitbit investors, a sale would be the best possible outcome. The question is, who would buy the company? Apple clearly doesn’t need Fitbit. It’s already bested all of Fitbit’s tech with newer editions of the Apple Watch.

Alphabet Inc. (Nasdaq: GOOG) stands out as another potential suitor. It has a need for brand-name recognition in the wearables space, and it certainly has the cash for an acquisition.

If no suitor emerges, or if Fitbit denies that it’s considering a sale … FIT shares are certainly headed back to low dollar-stock territory.

The Bad: Overstock Is So Over 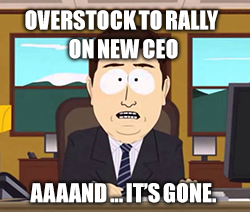 This morning, Overstock announced that Jonathan Johnson — a company insider and wannabe Marvel secret identity — is replacing former CEO Patrick Byrne. Johnson has been with Overstock since 2002, even spending five years as president of the company.

If you’re like me, you’re probably thinking that these factors should have emerged sooner. These aren’t recent developments. I’m guessing this is one more thing that Byrne will take the blame for.

The Ugly: Truly Takes on the Claw 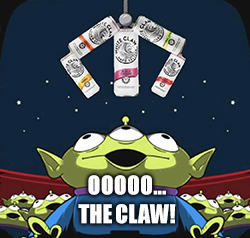 To quote Grandpa Simpson: “I used to be with ‘it,’ but then they changed what ‘it’ was. Now what I’m with isn’t ‘it’ anymore, and what’s ‘it’ seems weird and scary.”

This is exactly how I feel about hard seltzer. Somehow, Zima made a comeback. But calling it “Zima” isn’t cool. Neither is “malt beverage.”

The spiked seltzer trend has grown 200% in the past year, with privately held White Claw leading the charge.

If you’re looking to invest in this alcoholic tragedy, Guggenheim says to buy The Boston Beer Co. Inc. (NYSE: SAM).

The ratings firm reiterated its buy rating this morning and lifted its price target on SAM to $462 from $449. Boston Beer makes White Claw competitor Truly.

Right now, Truly and White Claw have a stranglehold on the hard seltzer market, controlling 85% of sales. Guggenheim believes that the end of summer won’t spell the end of rising sales for the market. It also forecasts a “beat and raise” quarter for Boston Beer.

Personally, I didn’t like seltzer water when it was called “Bud Lite.” But I guess this is a way to profit from a weird, “health-conscious” trend in the alcohol market. 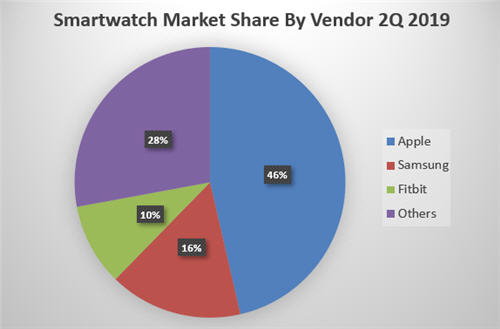 I know a lot of people simply love their Fitbits. These people are probably wondering why the company would consider selling out. Well, the chart above explains it all.

As of the second quarter of 2019, Fitbit controlled only about 10% of the global smartwatch market. By comparison, Apple controls a whopping 46% of the market, while “Others” represent 28% of the market. These are Fitbit’s main competitors, and it’s struggling.

Let me fill you in on a little secret: You don’t have to pay full price for any stock!

No, there aren’t stock coupons you can clip from the local paper. (Do people even clip coupons anymore?)

But there is a strategy you can use that will allow you to buy whatever stock you want for less than what it’s trading for right now. And … get ready for this … you can get paid to do it!

Let’s say you really like your hard seltzer water (you freak), but you don’t want to pay $352 for Boston Beer Co. stock. You can actually place an order to buy SAM shares for less by selling a put option at the price you want to pay.

They aren’t scary … get with the times! Options are as mainstream as hard seltzer water, for Pete’s sake. And they taste much better.

Where else can you get paid to name your price on a stock?

If you’d like to find out more, Banyan Hill expert Brian Christopher has an excellent write-up on the subject titled: “How to Buy a $30 Stock for Less Than $30.”

Read it. Learn it. Get paid. You’ll wonder why you didn’t think of this before.