Oil prices are low and show no signs of recovering, so it’s not surprising that stocks in the sector have been weak. The Energy Select Sector SPDR ETF (NYSE: XLE), an exchange-traded fund tracking the sector, is down about 5% since the beginning of the year.

But clean energy stocks are defying conventional wisdom. The sector is among the biggest market winners since the beginning of the year. As the chart below shows, the PowerShares WilderHill Clean Energy ETF (NYSE: PBW), which tracks the sector, has been moving steadily higher. 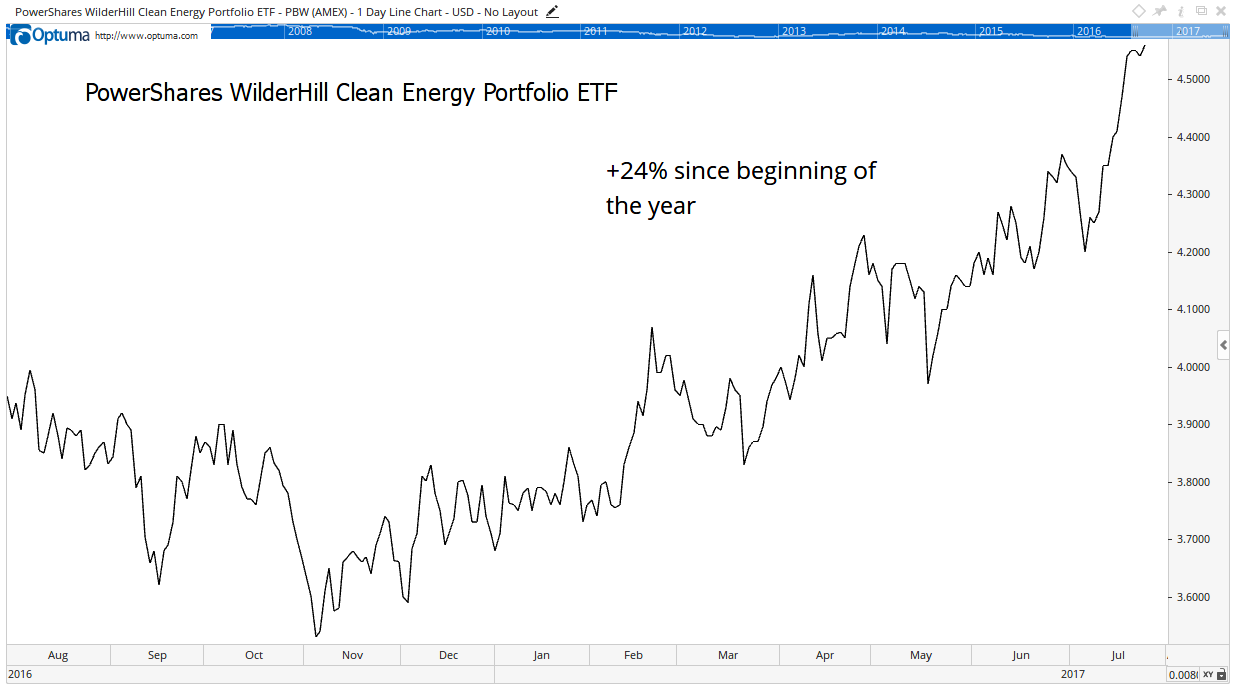 Clean energy is becoming more cost-effective. Wind is now less expensive than natural gas, nuclear energy and coal in some places. Costs of producing solar energy have dropped more than 60% in the past decade. The efficiency of both power sources has increased dramatically over the past few years.

Lower costs and increased efficiency can explain the gains in clean energy stocks. The stock market is forward-looking and seems to be sending the message that wind, solar and other forms of alternative energy are replacing traditional energy sources.