Ever since video games hit the mainstream in the early 1970s, people have been hooked. The technology behind the games has changed dramatically, from arcade-style, to home consoles like Atari and Nintendo, to the current day, which is driven by mobile games that you can play on your smartphone; consoles, such as Xbox One and the PlayStation 4, are still popular as well. But the video games of the future are going to be virtual reality, or VR. 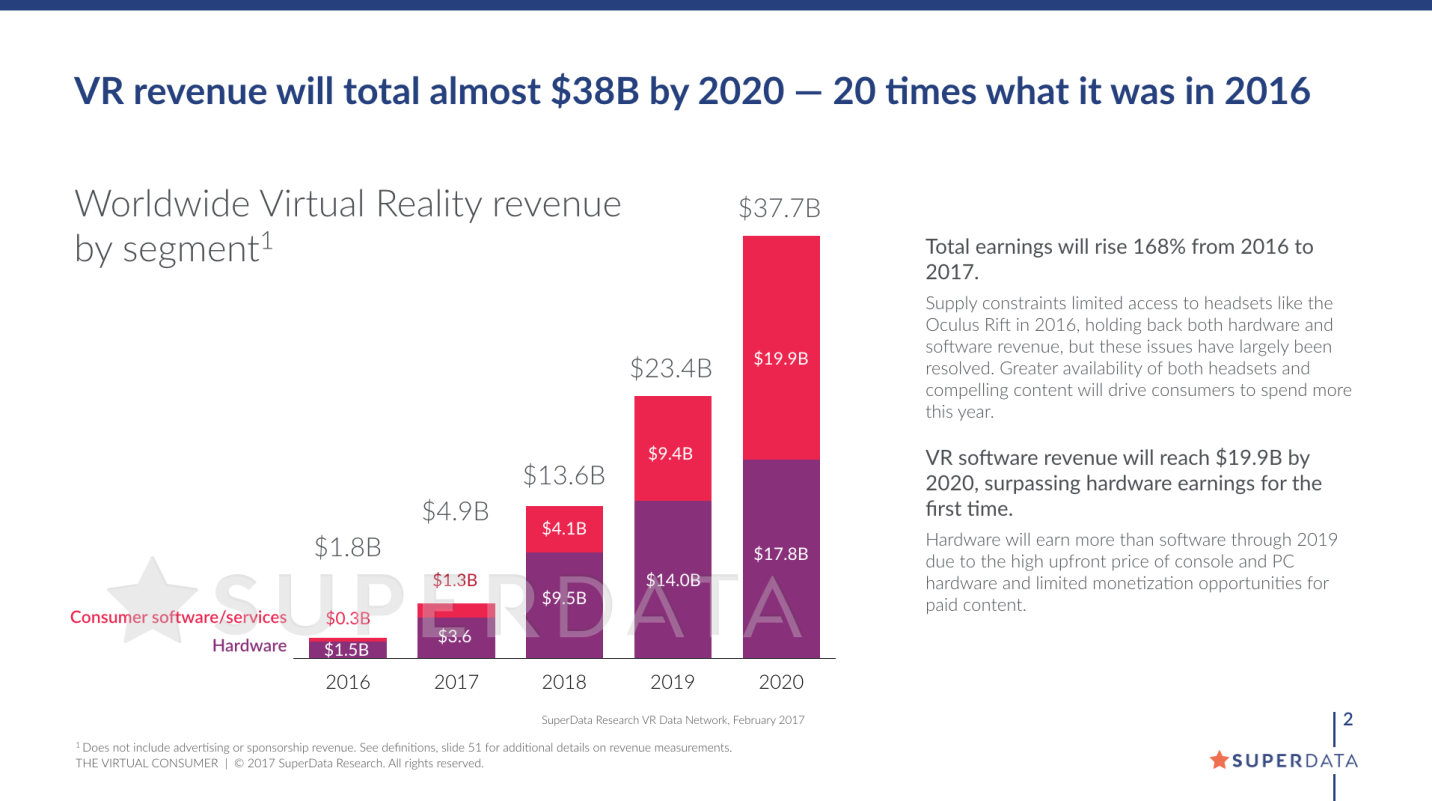 In its current state, the negatives of VR involve wearing a big, heavy headset, and possibly getting motion sickness from shaky motion simulation. Because it isn’t perfect yet, VR has experienced years of underwhelming results; people have not caught on as expected due to the discomfort and motion sickness caused by some of the games.

However, this is already starting to change. Big-name players in the VR market, such as Sony and Samsung, have seen some recent success: Samsung sold over 4.5 million VR headsets in 2016, and Sony has sold 1 million headsets since its PlayStation VR’s release in October, which has been sold out most of the time since then. These numbers should grow exponentially in the near future; according to the chart above, industry forecasters are finally starting to give VR some credit.

I think the issues of motion sickness and head/neck discomfort are just typical growing pains for VR. These companies are all about innovation, and overcoming these minor defects will not be a problem for them. Besides, there has never been a video-gaming experience more interesting or unique than this. It’s exactly what gamers want — to immerse themselves in a completely different world, and actually live in the game — and it’s preferable to playing the game on a TV, no matter its size or resolution.