The Biggest Companies in the World Are Using Blockchain Technology

Whether or not you’re a fan of bitcoin, its underlying technology, called blockchain, has had an enormous impact on how companies run their businesses in recent years.

In fact, even huge names in finance like Jamie Dimon, the CEO of JPMorgan, and John McAfee, creator of the McAfee security software, have high hopes for blockchain.

The technology offers, above anything else, data security and anonymity. Once a piece of data is stored in the blockchain, it’s virtually linked to the piece before it, so it creates a “chain” of data that traces back to the original source.

And some of the biggest companies in the world are already adopting it for themselves. Employees at Walmart, for example, can scan items in the store’s inventory and trace them all the way back to where they were made or shipped from. The data that’s used in that tracking log is all stored in the blockchain, so it’s extremely secure and can’t be lost.

UPS and FedEx are also advocates of the technology, which makes sense since tracking things efficiently is vital to their operations. Both have joined the Blockchain in Trucking Alliance in the past six months, which is a group that’s devoted to figuring out the best ways to use blockchain in the freight industry.

Overall, this technology could have an application in just about any industry out there. And based on the chart below, we’re only getting started. 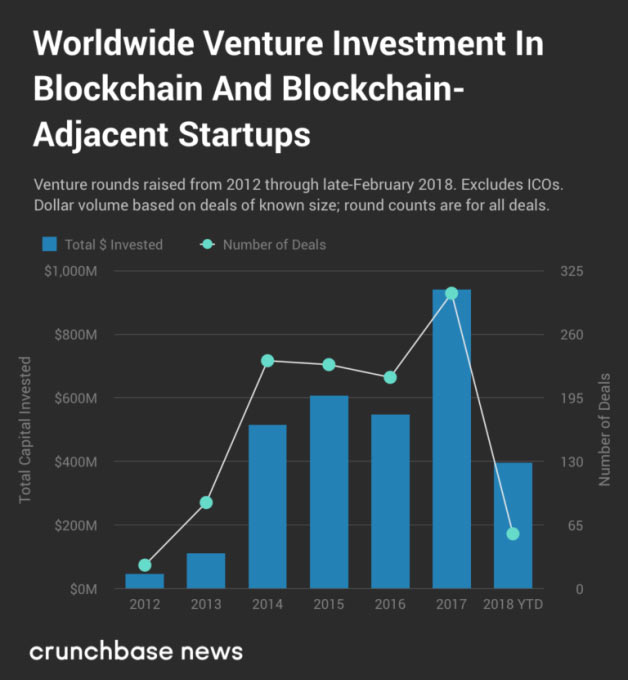 There’s also a blockchain exchange-traded fund (ETF), which launched in February, so you can now directly invest in its growth.

The ETF is called the Reality Shares Nasdaq NexGen Economy ETF (Nasdaq: BLCN), and it holds stock in the companies that are using blockchain the most in their daily operations.

5 Smart Ways to Disaster-Proof Your Valuables

The Oil Patch Comes Alive as Oil Soars Toward $100