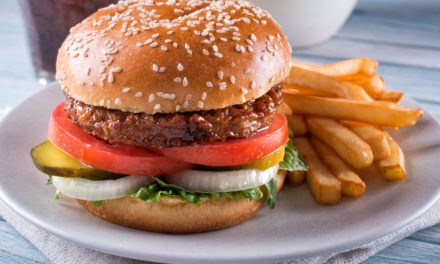 When it comes to newly public companies such as Beyond Meat, there’s a high-stakes race on…

The upstart has groundbreaking plant-based meat products. Big competitors saw it racking up sales growth and decided they wanted in on the action.

If an upstart’s product isn’t proprietary enough, or if it can’t scale up fast enough to quickly dominate its category, its adversaries circle like sharks.

Soon enough, the competitors have their “me too” products. The rub of it is that those products don’t even have to be great.

All they have to be is good enough.

That’s the danger for investors in Beyond Meat stock and other disruptive companies.

Beyond Meat’s Race Is Just Getting Started

As you can see from the chart below, Beyond Meat has flown plenty high since its initial public offering (IPO) three months ago: 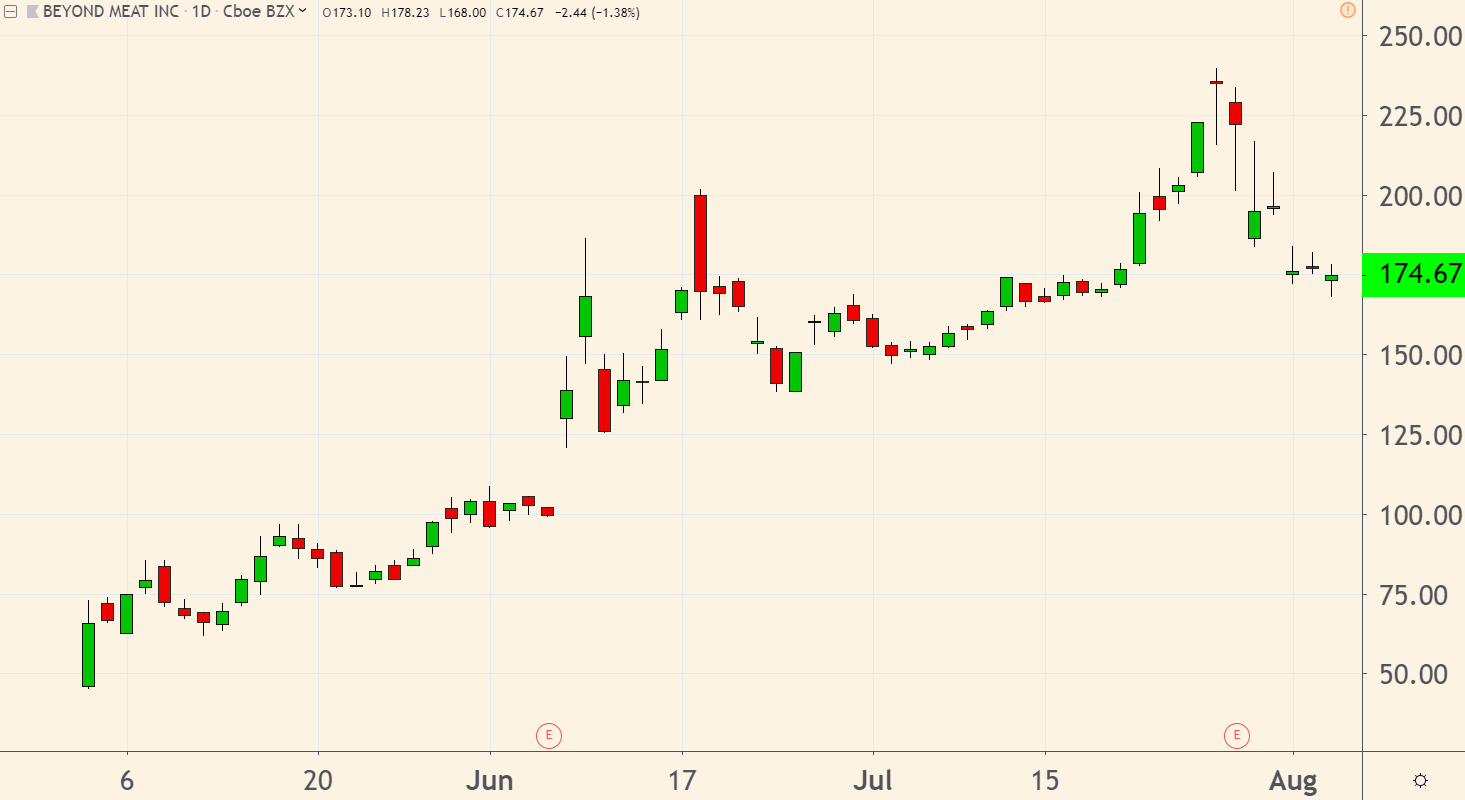 But Beyond Meat’s race is just getting started as its Big Food competitors swim in for a piece of the action.

Then there’s Conagra Brands, which is rushing out its own me-too Ultimate Burgers (not to mention hot dogs and sausages). Following behind are Kraft Heinz, Kellogg, Tyson and all the rest.

As competitors’ products start to flood the market, say goodbye to Beyond Meat’s 28% profit margins. And say hello to massive amounts of debt, and many more secondary offerings, as the company meets the threat from its competition.

Beyond Meat is already headed in that direction. That’s why — three months after its IPO — the company announced it would offer another 3.2 million shares of additional stock to raise $40 million. In the last three years, the company also tacked on $30 million in long-term debt.

It needs to scale up and expand operations, and do it fast.

But this race isn’t a sprint. It’s a marathon.

Shareholders Can Be Patient — for a Time

That’s where disruptive companies such as Beyond Meat are at a disadvantage.

They grow fast, but consume lots of investors’ cash in the process. Shareholders can be plenty patient — for a time. But not forever.

As their patience runs down, so does the stock.

Meanwhile, Beyond Meat’s bigger competitors can draw on a large base of products and ample cash flow.

Their protein-based meat substitutes may not be as good. They may not “bleed” the way Beyond Meat’s products do.

But this race goes to the strong, not the swift. 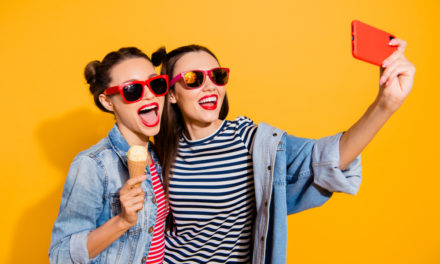 Millennials Ruin Everything — Except for Bull Markets