To this day, people still call it a miracle.

In 2009, Chesley Sullenberger — Sully — made a forced airplane landing in the middle of the Hudson River. No one was hurt.

Now, Sully being in the captain’s seat was the difference between life and death. Most pilots couldn’t have pulled it off.

But Sully wasn’t your average pilot … he was a former U.S. Air Force pilot. He had 30 years of flight experience and investigating accidents. And he was a certified glider. So, he knew how to fly without engines or fuel.

Added to his calm under pressure, Sully was the man for the job.

Now, when it comes to flying a plane, you want a guy like him with 10,000 hours at the helm. And it’s no different in business.

The person in the captain’s seat matters the most.

The Most Important Person in the Company

This is exactly what Charles Mizrahi’s Alpha Investor Report focuses on.

Charles spent 37 years on Wall Street as a trader, money manager and hedge fund manager. He’s seen all that the market can throw at an investor.

But now, he’s using that experience to help everyday investors like you. That’s why he developed his Alpha Rules to show you how to make money on great companies.

And one of them is that the CEO is the most important person in the company. When it comes to a company’s survival, the right person in the lead can make all the difference — just like Sully.

So, Charles doesn’t add a stock to Alpha Investor’s portfolio unless it has a rock star CEO.

As he told me last week: “When you have a 747 full of people, you don’t want a kid just out of flight school at the helm. You want a Sully on every plane.”

Or Katharine Graham, who led The Washington Post for 30 years. From the company’s initial public offering through her last day as chairman in 1993, the stock outperformed the S&P 500 Index by 18-fold.

These are the types of people you want leading a business. They’re the ones who will make investors like you a lot of money.

That’s why Charles targets companies with these CEOs every month in Alpha Investor Report.

In fact, in his latest issue, Charles showcases a CEO who started his company from his basement with $20,000 of his savings. Today, it’s a $15 billion company. And right now, its stock is trading at an attractive bargain price.

As the 154 passengers and crew of Sully’s plane learned — there’s no substitute for a rock star at the helm.

This is one idea you don’t want to pass up. 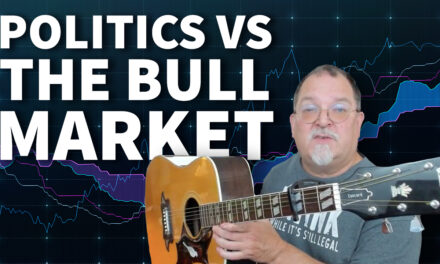 Politics Made the Long Bull Market. Could It Unmake it?