Home » Investing » Warning: If You Own Apple, You Need to See This

Warning: If You Own Apple, You Need to See This

This year we’ve seen a lot of new investors enter the market. Government aid has put extra money into their pockets, and working from home has given them the time to trade.

These new, inexperienced investors are putting their money into household stock names and are willing to pay any price, which in turn is driving stocks above their true value.

There’s no better example of this than Apple Inc. (Nasdaq: AAPL). The company’s stock has the highest valuation in the world, and it’s now a riskier investment than ever before.

Apple Is Riskier Than You May Think

Apple and other large stocks have recently benefited from what is commonly known as a “flight to safety.” This is when investors move their capital into investments they perceive to be safer, to avoid risk.

Being front of mind for many investors and a quality brand, Apple’s stock has been treated by many as a riskless trade.

Index funds have also been perceived as riskless, since the stock market has gone up over time. This may explain why the U.S. exchange-traded fund (ETF) assets have ballooned since the 2008 financial crisis to $4.7 trillion. Apple is a top holding in many index funds, so a surge in fund assets has led to its valuation becoming even more stretched.

Based on Apple’s 263% price increase since 2019, one may assume the company’s business is growing fast. In reality, the opposite is true.

The stock price’s divergence from fundamentals has led to the stock having its highest valuation since 2008:

Apple’s Price Is Too High Compared to Fundamentals 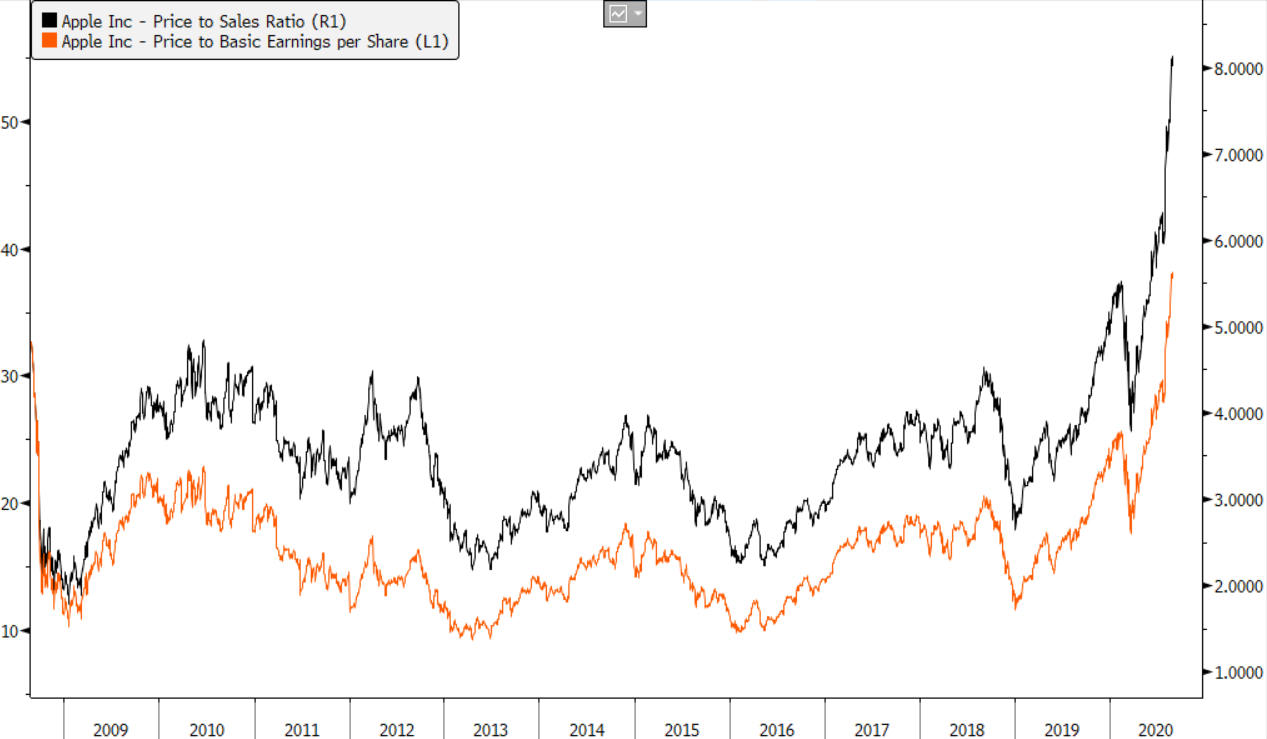 In relation to sales (right axis) and earnings (left axis), the stock price is the highest since the 2008 crisis. If the stock were to trade back down to its five-year average price-to-sales ratio, it would result in a 57% loss.

Apple isn’t going bankrupt … but clearly, there is some risk here. If you buy Apple right now, you may be overpaying. And even if you buy an index fund, which you may see as “riskless,” you still have high exposure to stocks such as Apple.

Buy These Types of Stocks Instead

Instead of paying top dollar for stocks that are barely growing, consider buying high-growth stocks at a reasonable price.

These stocks can be hard to find on your own since they usually lack coverage by Wall Street and the media.

My colleague Ian King and I are launching a service in the coming weeks where we find and recommend rapidly growing stocks the market hasn’t caught on to.

Make sure to follow Smart Profits Daily for further details. 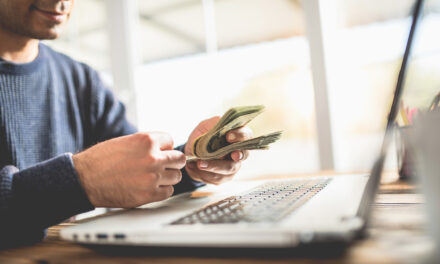 Unlock the Power of Oversized Dividends With This ETF