Wall Street’s favorite three words of the moment — “global synchronous recovery” — don’t exactly roll off the tongue, but they serve the purpose.

As Citigroup noted in recent days: “We expect all the major [global stock] markets to report healthy [earnings per share] growth in 2017. That’s the first synchronized upturn since 2010.”

Europe and Asia were largely spared the worst of the U.S. financial crisis fallout. But when things revived here, Europe was dealing with its own messes. Meanwhile, China and Brazil, once the darlings of emerging markets everywhere, became question marks at best (and pariahs at worst).

As Citi’s strategist wrote: “This eight-year global bull market may be old, but we don’t think it is finished.”

Not finished, but like any good gambling game, sometimes it helps to step away from a table where the action’s been hot and arguably overvalued (such as the United States) and look for fresh, undervalued opportunities elsewhere (such as Brazil and nearly any other left-for-dead emerging market).

I can hear the skepticism already. Quite forgivable.

After all, this is the place where a massive, still-unfolding corruption scandal deposed one president and might yet force another to step down — with a recent revelation in May cratering the country’s Bovespa stock index by 10% in a day.

And yet since Christmas, a humble exchange-traded fund such as the iShares MSCI Brazil Capped ETF (NYSE Arca: EWZ) is still up more than 12.5%, while the most loved of ETFs, the SPDR S&P 500 ETF (NYSE Arca: SPY), is only up 7% and change. 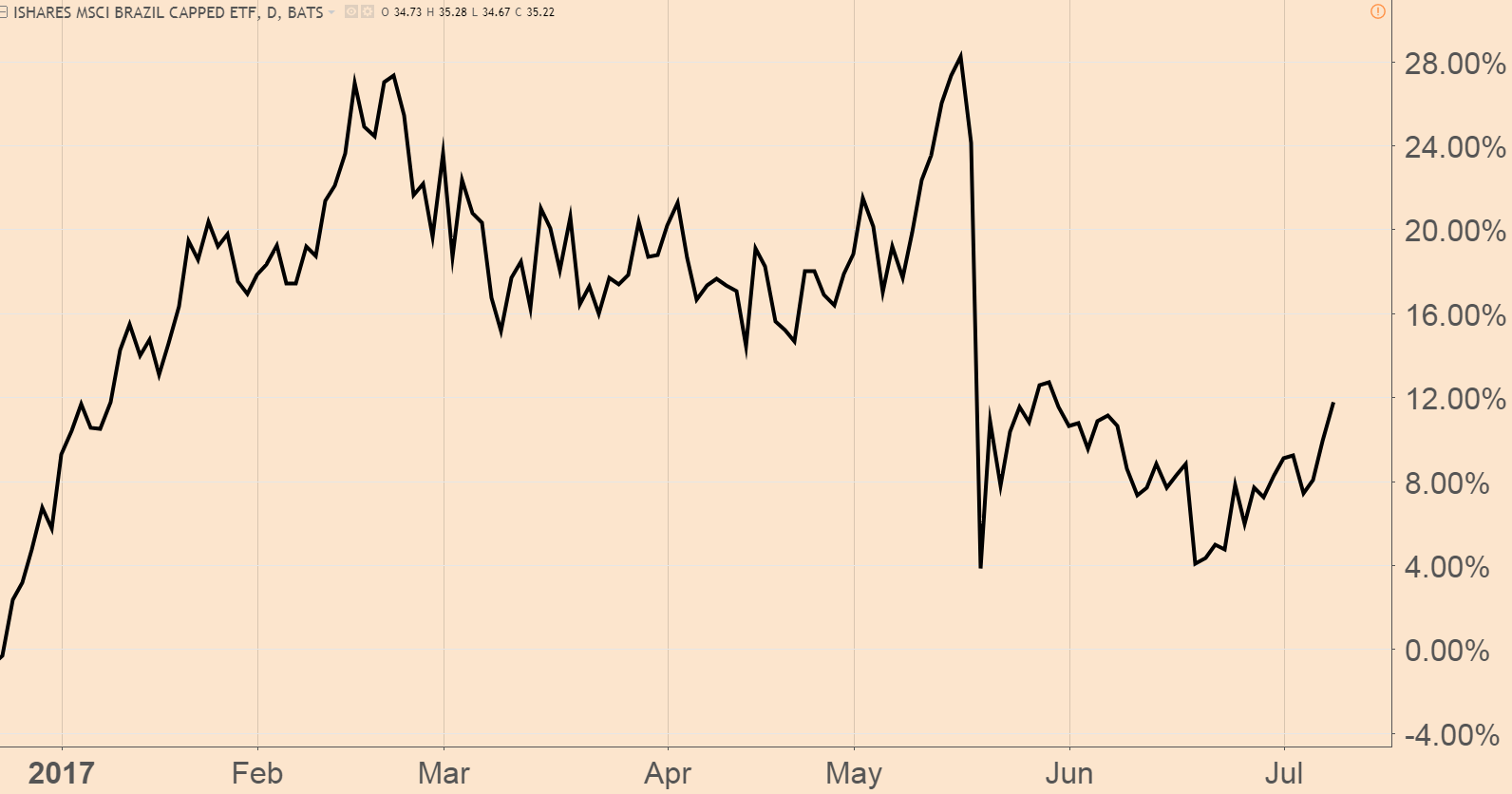 That’s not bad for a country with as many negative headlines as Brazil gets these days.

Come to think of it, it wasn’t but a few months ago that Europe was looked upon in the same fashion as the French pondered whether to make a hasty exit from the European Union.

At the time, I called Europe “the economic Cinderella story of 2017.” Today, even outgoing General Electric CEO Jeff Immelt felt comfortable enough with the situation there to say: “We are long Europe. When everybody else was getting out, we were getting in. And we are very vested in Europe.”

No doubt it won’t be long before investors with an appetite for other out-of-favor opportunities such as Brazil will be saying the same thing.

Editor’s Note: You may have considered diversifying your financial portfolio with foreign currencies, but timing the markets and making informed decisions can be tricky. That’s why EverBank has developed the Automatic Purchase Plan for foreign currencies, available only with the WorldCurrency Access® Deposit Account.

This is a great way to step into foreign currencies for just $100 a month. So if you’ve been eyeing foreign currencies but have been holding back due to timing and market volatility, this plan could be for you. Click here to get started.

For the sake of full disclosure, we receive a marketing fee based on our relationship with EverBank. But honestly, we’d work with them regardless.

Demand for Renewable Energy Skyrockets Around the Globe