You know how it goes if you’ve lugged a load of kids’ inflatables back to the hotel after a day at the coast. They looked just fine when you threw them on the balcony that evening.

But the next morning, the black Shamu that looked so cool all puffed up at the store is sadly misshapen. And the cute, pink, donut-shaped inflatable your daughter liked so much now looks like it’s been run over by a Krispy Kreme truck.

Such is the stock market we face these days.

Like those inflatable beach toys, support can leak out when you’re not looking.

The recent monthly Bank of America Merrill Lynch Fund Manager Survey offers a case in point. When they tabbed up the responses, 83% of global fund managers saw the U.S. as the “most overvalued region” among the world’s equities marketplaces.

For context, that’s the highest level of bearishness among these institutional fund managers in the entire 15-year history of the survey.

Instead, they’re buying stocks where we’ve long advocated — and where many investors have feared to tread until very recently: Europe and emerging markets.

Fund managers put more money to work in both sectors in the past month and still consider them undervalued. (Emerging markets were the best-performing equity region in the first quarter of the year.)

Of course, the S&P 500 is a couple percentage points higher since the survey came out in the middle of the month.

Pushed to the Margins

On the other end of the bearish-to-bullish scale are the rising levels of margin debt — the “go-go juice” of every bull market. 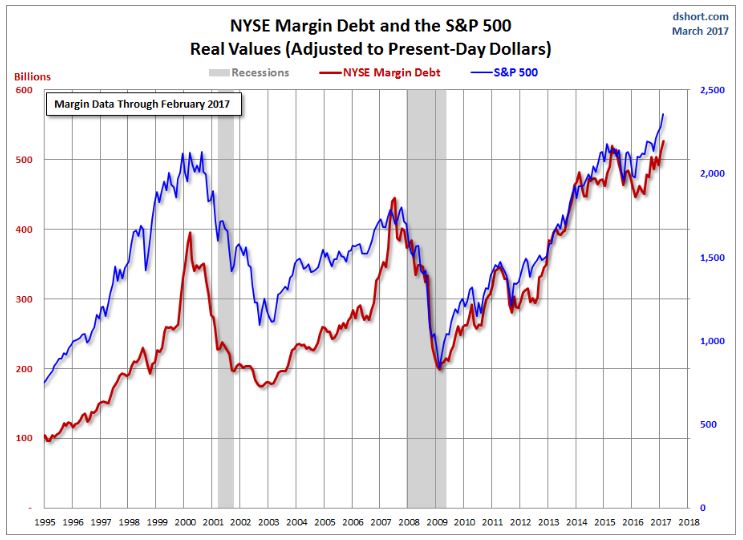 Margin, if you’re new to these kinds of things, is what investors can borrow against the value of their portfolios to buy even more stocks.

According to the most recent NYSE data, securities market credit reached $528 billion in February, a new all-time record.

Rising margin debt doesn’t cause the market to fall. It just points to a higher level of risk as more and more investors crowd in, chasing stocks higher and higher.

It’s like the line of drivers who tailgate one another while hustling down the freeway. There’s less room to maneuver.

It doesn’t take much to cause an accident. 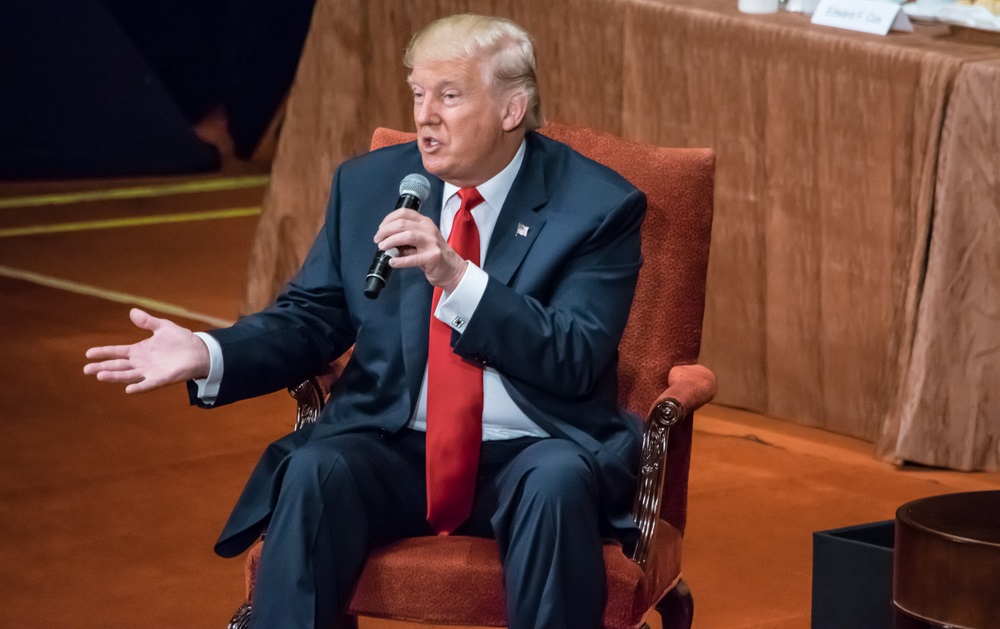 After 100 Days, Trump’s About Average