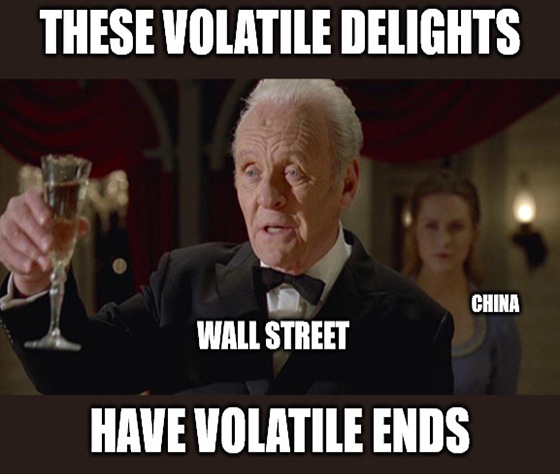 Those three words came from White House trade adviser Peter Navarro. They were Navarro’s response to a rather long-winded question from Martha MacCallum on Fox News’ The Story:

Do you think that the president sort of … I mean, he obviously really wanted to hang onto this trade deal as much as possible. And he wanted them to make good on the promises because there had been progress made on that trade deal, but given everything that’s happened and all the things you just listed, is that over?

The implication was clear. The U.S.-China trade deal was over. Or was it? Later that evening, Navarro quickly walked back his statement. The trade deal is still on. His comments were “taken wildly out of context.” President Trump even took to Twitter to clarify:

The China Trade Deal is fully intact. Hopefully they will continue to live up to the terms of the Agreement!

Dow futures immediately rallied, leading the market to a ridiculously positive opening this morning. In fact, the Dow opened higher by roughly 300 points. The mainstream financial media ran with the U.S.-China trade deal story, casting the situation as: “Stocks jump at the open on trade war hopes.”

We had a verbal flub from a high-ranking White House official that was immediately walked back. What changed in the U.S.-China trade war? What’s different in the market or in U.S.-China trade policy after this exchange that didn’t exist before last night?

Nothing. This was a big, fat nothing-burger with extra pickles.

This, dear reader, is the “violently flat market” we talked about yesterday. Traders will literally jump at shadows.

On that note, let’s remember our Shakespeare (or our Westworld for those nonliterary types out there): “These violent delights have violent ends.”

Editor’s Note: Have you had enough of all this “volatility” talk? Are you looking for stock research that puts your mind at ease in this tumultuous market? How about an easier strategy that could make you outsized returns in the long run … and help you sleep better at night?

According to Charles, there is a potential $15.7 trillion economic jolt headed for the U.S. And if you want to truly put your mind at ease, you need to read his analysis on the situation. It could create a flood of moneymaking opportunities.

In fact, one company in particular stands to reap the biggest rewards if this imminent boom unfolds.

Click here for details … and potentially a better night’s rest. 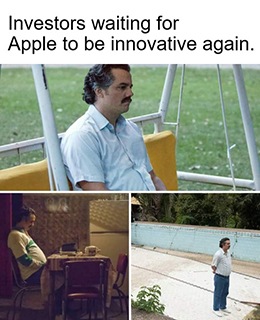 Due to COVID-19, this year’s WWDC was completely virtual … livestreamed to industry analysts, the Apple faithful and anyone having trouble sleeping at night. There were no major reveals. No “one more thing…” moments. Just incremental updates to existing software.

If you want the full rundown without the risk of falling asleep at work, click here.

Now, it’s true that I don’t like Apple as an innovator or a disruptor in the tech industry. Those days are gone.

What I do like about Apple is that it doesn’t make mistakes very often. The company is safe. Its leadership is smart, if conservative for a technology giant. Apple is boring to a fault, but it knows how to appease its massive customer following.

As a result, Apple stock trades at all-time highs despite store closures and COVID-19 disruptions. As long as the company doesn’t become the next IBM — i.e., fail to do the bare minimum on the innovation front for its customers — it should continue to set all-time highs. And it will remain boring while doing so. 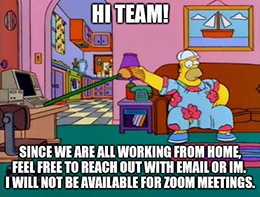 I’m talking about Fastly Inc. (NYSE: FSLY). The company handles what it calls “edge cloud” platform services. Are we too far in the weeds with this cloud stuff yet?

Basically, Fastly provides cloud delivery services, mainly for multimedia and data. The company’s former name, SkyCache, gives us a much better idea of what it actually does. It caches information for companies in the cloud so services and web products load less data on the spot, letting them run considerably faster … or fastly.

With practically every office worker at home during the pandemic, you can see why Fastly would be an invaluable resource for any company. It counts Slack Technologies Inc. (NYSE: WORK) and Spotify Technology SA (NYSE: SPOT) among its biggest customers.

So, why are we talking about Fastly now? The company just stole the title of best-performing work-from-home stock from Zoom.

The stock is up more than 600% since the March bottom — considerably more fastly than Zoom’s mere 130% rally for the same period.

Now, you’re probably wondering: “Should I run out and invest in Fastly right now?”

Hold your horses there, partner. Fastly is riding a media hype wave, and if you get in now, you might get burned when everyone else takes profits.

If you really want in, wait for a pullback to $70 or below. That should save you a bit of short-term heartache and improve your long-term profits. 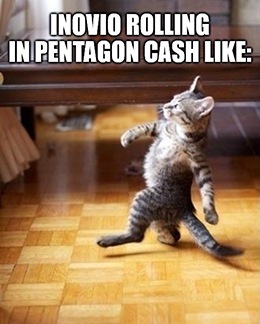 Our old friend Inovio Pharmaceuticals Inc. (Nasdaq: INO) is back and better than ever.

The company announced today that it received $71 million from the Pentagon — i.e., the U.S. Department of Defense — to ramp up production of its vaccine-delivery device, the Cellectra 3PSP.

The Cellectra 3PSP sounds like a next-generation video game console. And, if it has a display screen, someone will figure out how to run Doom on it.

However, this smart device is designed to administer Inovio’s COVID-19 vaccine directly into the skin. The vaccine itself already showed robust results in phase 1 trials and is headed to phase 2 and 3 trials in July and August.

If all goes well, Inovio could have hundreds of millions of doses of the vaccine ready in early 2021 to fight COVID-19. Today’s news from the Pentagon reinforces Inovio’s lead in the race to deliver a vaccine. Hence why INO stock surged more than 30% on the news.

Investors interested in getting into the INO rally will want to wait until the profit-taking crowd steps in and the shares consolidate today’s gains.

It’s only been a few days since we last visited the Elon Musk corner, and frankly, I won’t stand for it any longer!

It’s time for our Quote of the Week, by the way, which today comes in the form of a cascade of tweets. Elon might’ve given slight hints at his thoughts on hydrogen fuel cells — the power choice of rival Nikola Corp. (Nasdaq: NKLA).

I got the fuel cell question about 8000 times.

Elon kept it brief, so we will too. I see two angles here:

All it takes to summon an Elon tweet is pointing out a blind spot — like Nikola suggested with Tesla’s still-sprouting semitruck division. I mean, it’s only a relative blind spot — the dude moonlights as a space pioneer and probably a Bond villain too. Things get busy, projects go on the back burner, you know?

But the infographic of energy that Elon originally replied to does make it all clear: Hydrogen fuel cells are less efficient than batteries. End of story, case closed. Battery-boy Elon sees the Tesla vs. Nikola debate like a rocket-strapped drag racer lined up against a Roman chariot.

And this is all fine and dandy until someone figures out how to solve the efficiency problem with hydrogen fuel cells. Hydrogen, BTW, is considerably more efficient at storing energy than batteries. Just saying…

Anyway, there’s a better way to power all that sleek and shiny futuristic tech we don’t even have yet…

We all know it. Paul knows it — a new technology that releases “endless energy.” It’s power that never runs out, operates 24/7, on demand and virtually free of charge.

Click here to make sure you don’t miss out! (Psst … you don’t have to be a part-time rocket scientist to see the energy revolution going on here.)

Great Stuff: We Have an Urgent Need

Yes, you heard it here, you read it clear.

It’s a need we hardly fear, from your emails most sincere…

The Great Stuff team craves your feedback — your eager questions, off-the-wall stories, random suggestions and the cheesiest of dad jokes. Keep it all coming!

We’d love to talk with you (virtually, that is) in this week’s Reader Feedback section. But unless you write to us, well … we can’t.

You are the Stuff that makes Great Stuff great, so share away! Send a message to me and the team at GreatStuffToday@BanyanHill.com. 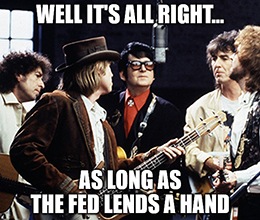 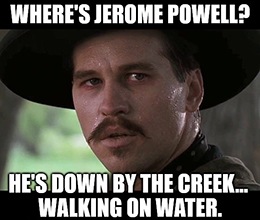