The Thought Police Are Plugged In

The telescreen received and transmitted simultaneously. Any sound Winston made, above the level of a very low whisper, would be picked up by it; moreover, so long as he remained within the field of vision which the metal plaque commanded, he could be seen as well as heard. There was of course no way of knowing whether you were being watched at any given moment. How often, or on what system, the Thought Police plugged in on any individual wire was guesswork. It was even conceivable that they watched everybody all the time. But at any rate they could plug in your wire whenever they wanted to. You had to live — did live, from habit that became instinct — in the assumption that every sound you made was overheard, and, except in darkness, every movement scrutinized. — George Orwell, 1984

The telescreen is shaping up to be the most prescient of George Orwell’s predictions in his classic novel of future dystopia, 1984.

Earlier this week we learned via WikiLeaks’ release of the so-called Vault 7 files that the Central Intelligence Agency and Britain’s MI5 have the capacity to listen in on conversations within earshot of smart TVs made by Samsung and other companies … even when they’re turned off.

Are they listening to you? You can never know … and that’s the point.

What are you going to do about it, citizen?

Orwell wasn’t the only midcentury Englishman to imagine a darker future. Aldous Huxley’s 1932 classic Brave New World, however, located the source of our future unfreedom in our faith in technology to deliver flawless happiness.

Whereas Orwell feared domination by a Soviet-style bureaucracy, Huxley foresaw a world in which entertainment technology and similar material comforts would eventually control us. In his 2540, a seemingly benign technocracy seeks to eliminate chance and misfortune from life via genetics, psychology and pharmaceuticals — the ultimate nanny state. Life is superficially pleasant, but not free.

Fear or distraction? As social critic Neil Postman put it:

Television also played an important role in Huxley’s dystopian vision. Unlike with Orwell’s telescreen, however, Huxley’s future saw little need for surveillance because people would be too distracted to resist — or even to realize the need to do so.

Sneakin’ Sally Through the Telly

It’s tempting to declare that Orwell has won the debate about the future — surveillance via TV is here, even if 33 years late. But the truth is more complicated, and both he and Huxley get points.

Orwell was correct that the state would grow to threaten total dominance over society. But instead of fear and surveillance, “smart” technology serves principally to distract us from our loss of freedom. That’s precisely why most people won’t return their smart TVs and demand one that doesn’t spy on them. Most will simply enjoy the convenience and mutter: “If you’ve got nothing to hide…”

TV makers build data-gathering capacity into their products so they can sell that information to marketers, who use it to fine-tune their pitches to us. The result is that we appear to be living in a magical world where everything we desire is instantly within reach via customized adverts if only we can afford it. We thus spend our lives not only mesmerized by the endless parade of commodities, but also stuck on the hamster wheel of work and debt.

Of course, these marketing-oriented technologies are also used to surveil us for repressive purposes, as WikiLeaks’ Vault 7 reveals. But the development of the capacity to do so has been driven largely by the private sector in response to consumer demand. Today’s National Security Agency or MI5 just take advantage of it, knowing that most people neither know nor care.

The Choice Is Still Yours

We are where we are because Huxley was right: Our freedoms have quietly evaporated because it is convenient for us.

It happens every time we ignore warnings and keep using a handy feature of some gadget or app because we’ve come to “rely” on it. It happens when we read about shocking anti-privacy proposals from the politicians we’ve elected because they’re right on taxes or abortion or some other hot-button issue that we’ve been taught to care about. It happens when we assume that having nothing to hide is all it takes to remain free.

Fortunately, many of us are still conscious enough to see what’s going on and to take steps to remain outside the modern Matrix. Sometimes it doesn’t take much … unplugging your TV when you’re not using it, for example. The sine qua non, however, is understanding exactly what you’re doing to yourself if you don’t.

Remember: First know, then act. But once you do know, you have no excuse not to. 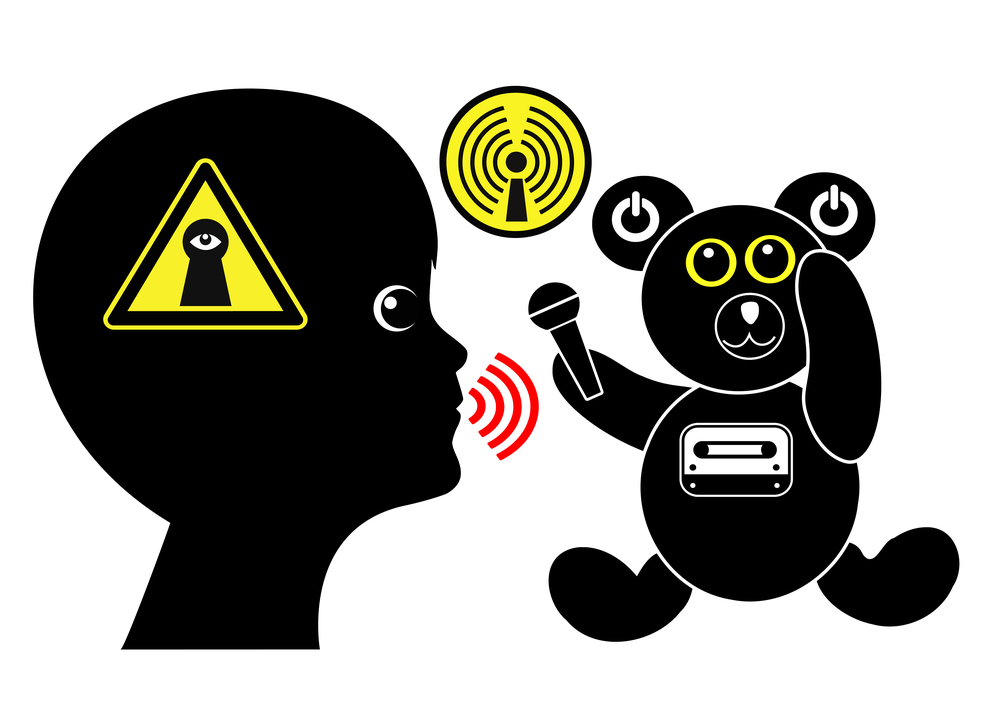 The Spy Already in Your Home