They swept in fast and unannounced.

Forty FBI agents converged on the brick-clad town hall of Ramapo, New York, about an hour’s drive north of Manhattan. They carted away dozens of boxes of financial documents and then left.

That was nearly three years ago, leaving town residents to wonder, why?

Rampant municipal-bond fraud, it turns out. It was a case of accounting deception that would have made Enron proud.

Last month, the feds arrested Ramapo’s elected town supervisor and a handful of cronies on charges of cooking the town’s books in order to sell $150 million in municipal bonds.

It’s a big deal because…

Yes, you read that correctly. The Federal Reserve bestowed its blessing on a rule change last month. Certain kinds of investment-grade muni bonds are now “safe” for big banks to hold as part of their emergency reserves.

When there’s another financial crisis, those banks can rest easy knowing that their muni bonds are right up there in terms of quality and liquidity with Treasury bonds and good old cash.

As The Wall Street Journal noted, even the Treasury Department’s own banking experts (at the Office of the Comptroller of the Currency) think it’s a bad idea. Same for the FDIC, which chose not to comment on the Fed’s decision.

The $3.7 trillion municipal-bond market just isn’t that “liquid” — as the SEC noted in extensive studies in 2012 and 2004. Most municipal-bond buyers are people like you and me — individual investors looking to buy-and-hold municipal securities for tax-free income. Even among the relatively small cluster of municipal securities that are regularly bought and sold, most change hands no more than 100 times in the course of a year.

The bigger problem is the municipal-bond market’s lack of transparency and accountability. The arrests in Ramapo, New York — serve as a good example.

Back in 2010, Ramapo voters rejected a financing plan for a proposed minor league ballpark. Undeterred, Ramapo’s elected supervisor decided to build the stadium anyway, tapping the cash raised from more than $300 million in municipal-bond offerings.

That’s when the fraud began, say the feds. As the financial strains became too much for the town’s declining tax base, a $14 million budget deficit was disguised as a series of annual surpluses — for six years! — in order to hide the truth from bond rating agencies.

“We’re going to have to all be magicians” was the way the town’s now-arrested supervisor, Christopher St. Lawrence, allegedly put it to his city-hall cohorts.

But I can’t help but wonder…

How much of a difference is there, really, between Ramapo and those hundreds of other cities hungry for municipal-bond funding, simultaneously paying out larger and larger proportions of their revenue to underfunded pension plans, knowing there’s a day of reckoning not far ahead?

It’s not just a problem for “problem child” big cities such as Chicago, or clearly faltering ones like Atlantic City, or dysfunctional regimes in Puerto Rico:

The list goes on and on. Yet Wall Street, its lackeys in Congress and the Federal Reserve continue to insist all is well. If too-big-to-fail banks want to add some municipal bonds to their financial crisis reserves, then let them. We know it won’t end nicely. That’s why we continue to advocate gold as the penultimate insurance plan for asset protection. Too bad the Fed and the big banks don’t do the same. 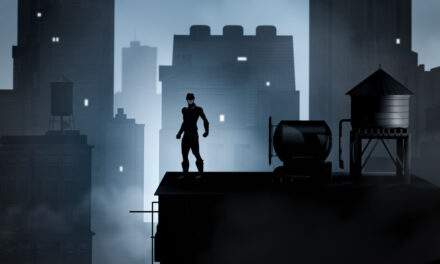