Earlier this month, Chairman Jerome Powell said the Federal Reserve is monitoring the trade tensions between the U.S. and China. He even suggested it could cut rates if the economic outlook worsens.

The market liked this, with the S&P 500 Index up more than 6% since his statement.

If you look at his actual speech, though, you may wonder why:

“We do not know how or when these trade issues will be resolved. We are closely monitoring the implications of these developments for the U.S. economic outlook and, as always, we will act as appropriate to sustain the expansion.”

If you read these words with no context, you could assume a cut isn’t coming.

But the market does. Even though the Fed didn’t cut rates this week, the market believes there is an 80% likelihood the Fed will cut rates by its meeting on July 31. And there’s a 94% likelihood a cut will occur by the September meeting.

Those are big odds.

You see, the Fed chooses its words very carefully. And the market knows that the agency discusses a variety of scenarios behind closed doors that we don’t hear about until we read the meeting minutes.

For the Fed to mention it may mean it has attributed a higher-than-normal likelihood of cutting rates.

And after crunching some numbers, I’ve discovered the sector that will benefit the most if the Fed decides to cut rates.

Everything You Need to Know About Rate Cuts

We can’t say for sure if the Fed will cut rates in July or September. But the market is positive on the prospect. So, it’s important to consider what will happen if a rate cut does happen.

I ran some numbers on the last few rate cuts to see what we can expect.

I compared the price changes of the various S&P sectors from the date of the first rate cut to the last. Then, I ranked the results: 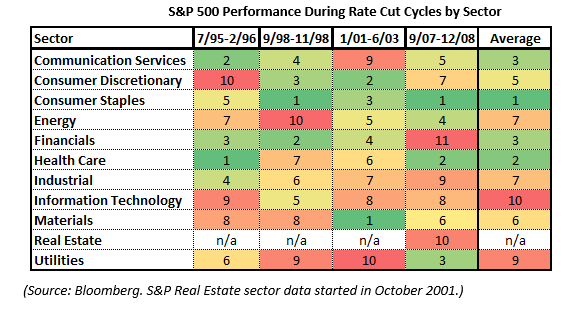 In this table, smaller numbers are better than bigger ones.

On average, consumer staple stocks outperformed the other sectors of the S&P 500 over these time frames.

This sector has 33 stocks. It includes names like retailers Walmart and Costco, food distributor Sysco and food/beverage makers General Mills and PepsiCo.

Consumer staples tend to have solid demand, regardless of the economy. People need to eat, drink, clean their homes and wear deodorant. Their choices to drink alcohol and smoke also remain consistent.

After these initial results, I extended the time period to see if it changed the outcome. Stocks can benefit from a rate cut for some time after it.

I looked at the relative performance from the first rate cut to six months after the final cut. Here are the results: 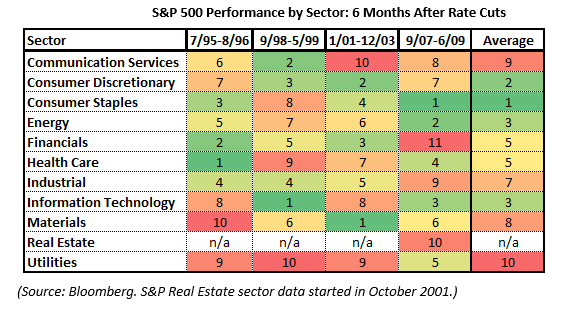 On average, the consumer staples sector was again the best performer.

Let History Be Your Guide

As my data revealed, past performance shows consumer staples stocks are a smart place to be if the Fed cuts rates.

An easy one-click way to play the sector is via the Consumer Staples Select Sector SPDR Fund (NYSE: XLP). It owns the same stocks that are in the consumer staples sector of the S&P 500.

The market rate cut forecasts suggest you should look into it today. 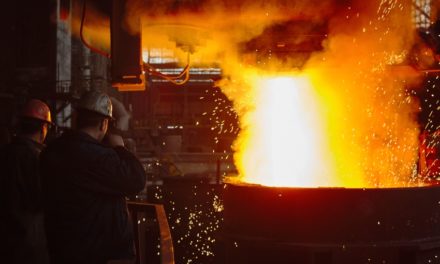