In the race for global cannabis supremacy, the Canadians are winning. By a lot.

I’m not alone in this opinion. Fortune 500 companies voted in favor of Canadian producers. So did billions of investor dollars.

That’s because you can build a business for today, or one for tomorrow. And the best Canadian producers are building the brands of tomorrow.

Canada legalized recreational cannabis in October 2018. But the path toward legalization began in the summer of 2017. That’s when Canadian cannabis companies started a remarkable transition.

In 2017, Canada was home to small medical cannabis producers. Most only had a few thousand patients. Investors hardly took a second look at them.

But that changed when the path toward full legalization started back in the summer of 2017.

Canadian officials stated that cannabis could be legal as early as July 2018. That meant producers needed to raise cash and build out operations in under a year.

The run-up to this event had fierce competition. Some companies resorted to buyouts to fuel growth. Aurora Cannabis Inc. bought MedReleaf Corp. for a shocking CA$3.2 billion.

Others had to divest foreign holdings to prove they were following the law.

Even companies trying to stay on the up-and-up fell short at times. Officials busted Canopy Growth Corp. after it landed a jet with medical marijuana.

But Health Canada had approved the company to make the shipment. It even called officials in to inspect its own shipment.

This was an exciting time for investors.

Shares of Canopy, formerly Tweed Marijuana Inc., raced from CA$8 a share in mid-2017 to more than CA$30 by the end of the year. Aurora rallied from around CA$2.50 to nearly CA$10 during the same time.

But investors weren’t the only ones looking for the best producers to grow their money.

Fortune 500 companies were waiting on the sidelines to see which of these young companies had the most to offer.

Canada holds a huge opportunity for big brands. Full legalization allows them to partner with cannabis companies without compromising their international operations.

Early movers can develop THC- and CBD-based products in this market. And they do so years before other nations wake up to legalization.

THC and CBD are the active compounds in cannabis. THC produces the “high.” CBD offers wellness benefits without any of the mind-altering effects of THC.

Together, these companies are worth over $370 billion. And they’ve put more than $5 billion into securing these partnerships.

Canada has one more advantage over U.S. producers.

It sets strict health and safety standards. This may seem like an obstacle, but big businesses love regulation. It keeps smaller competitors out.

Cannabis producers must produce marijuana products of medical-grade quality. This is great news for consumers.

More marijuana users consume infused foods and drinks instead of smoking. By setting high standards for production, these brands can ship to other nations as they legalize cannabis.

In the U.S., the patchwork of regulations means that standards are weak and inconsistent. That spells trouble. When cannabis becomes federally legal, companies will have to follow stricter standards. They will need to make major changes to operations, eating up valuable time and money.

Some of its top holdings are Canopy Growth Corp., Aurora Cannabis Inc. and Cronos Group Inc. These companies operate legally in the international market.

P.S. Check out my YouTube channel. Hit the subscribe button to stay up to speed on the latest breaking news in the cannabis industry. 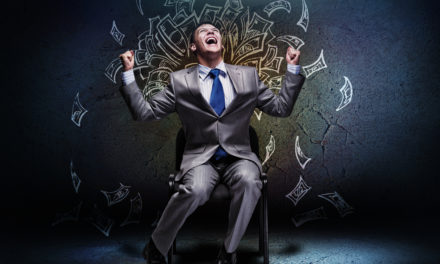