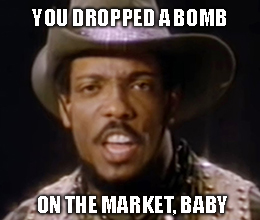 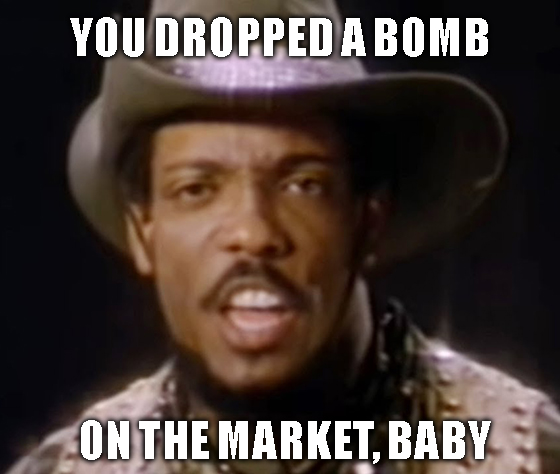 Friday Four Play: The “You Dropped a Bomb on Me” Edition

I know it’s traditional to start the new year with fireworks … but this is not what I expected.

I’m sure Great Stuff readers all know by now, but just in case you live a media-starved life, here’s the skinny.

The U.S. conducted a Trump-approved airstrike yesterday that killed Qassem Soleimani, a top Iranian general. But “top Iranian general” doesn’t quite relate Soleimani’s importance in Iran. He ranks up there with Iran’s president in terms of prominence to Ayatollah Ali Khamenei, Iran’s supreme leader.

Just so there aren’t any misunderstandings, Soleimani wasn’t a nice guy to U.S. troops or their allies in the Middle East. Many prior U.S. presidents have wanted him gone. But the threat of retaliation has stayed any direct U.S. action for decades.

Now, “severe retaliation” is coming, according to a statement from Khamenei last night.

No one knows what retaliation entails, but most analysts speculate that it means attacks on energy infrastructure related to U.S. interests in the region — i.e., oil facilities. It could also mean attacks on oil tankers traveling through the Strait of Hormuz — a key waterway for transporting oil from the Middle East.

As I’ve said before, Wall Street hates uncertainty. So, not only did crude oil prices spike on the threat of rising turmoil in the region, but stocks across the board are down sharply due to fear of the unknown.

Now, we can play armchair politician all day long … but that won’t get us anywhere. What we can do, however, is look rationally at what happened and determine the best course of action as investors.

When it comes to natural resources, there’s no one better at doing just that than Banyan Hill expert Matt Badiali, editor of Real Wealth Strategist.

Long before the current threat in the Middle East, Matt has had his eye on the rise of American oil production and its rising market dominance.

“America is sitting on over 11.3 trillion barrels of untapped oil. And there’s one company with the technology to start getting that oil out of the ground,” Matt says.

That’s 40 times more oil than Saudi Arabia … and nearly 60 times more than Russia. And Matt knows of one company that’s perfectly positioned to bring this oil to the surface — just when the world needs it most. He estimates that fast-acting investors could triple their money or more off this one opportunity as oil prices climb. 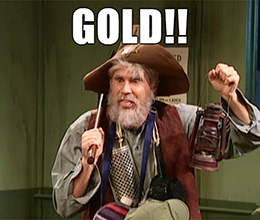 Gold isn’t something that typically crosses my screen as a Great Stuff topic. But, given today’s circumstances, it’s well worth a look.

In light of rising demand for safe-haven assets, gold for February delivery (GC=F) spiked more than 1.5% following yesterday’s strike in Iraq. In fact, gold prices have surged nearly 3% this week after first getting a seasonal boost ahead of the Lunar New Year.

The malleable metal grew in popularity last year, rising 20% in 2019 due to political uncertainty and interest rate cuts from the U.S. Federal Reserve. Remember, gold prices rise during periods of low inflation. This is why it’s such a good store of value for your portfolio.

So, if you’re looking to add a little bling to your portfolio — and a safety net amid rising geopolitical turmoil — gold is a good way to do both.

But, as Reading Rainbow’s LeVar Burton always says: “You don’t have to take my word for it.” Banyan Hill expert John Ross just did an in-depth dive into gold’s prospects for 2020 and concluded: “Gold is where it’s at on New Year’s Eve.” 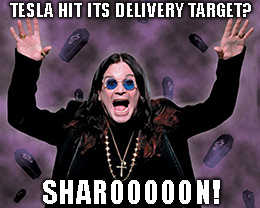 Boy, it must suck to be Jeffrey Osborne of Cowen Inc. (Nasdaq: COWN) today.

Back on December 30, Osborne told clients that Tesla Inc. (Nasdaq: TSLA) would miss 2019 delivery targets while mumbling something about “demand saturation” for the company going forward.

It gets worse (or better, if you’re a Tesla bull). Wall Street only expected 106,000 deliveries in the fourth quarter. Furthermore, Tesla says that these figures were conservative, only counting cars that were transferred to the customer with all the paperwork in order. Tesla believes the final numbers could be higher by 0.5% or more.

And — I’ll just throw this one out there — if gasoline prices spike amid the current U.S.-Iran situation, Tesla will get even more popular. I’m hearing rumors of gas at $5 per gallon. Makes me glad I work from home.

No. 3: Short Squeeze to Yuma 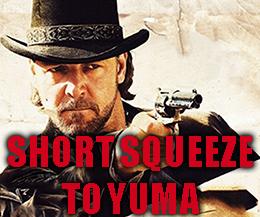 Oil and gas stocks are booming today amid the obvious events in the Middle East. But one American energy company is on the fast track higher — and nobody is talking about it.

Shares of Yuma Energy Inc. (NYSE: YUMA) surged drastically today — up about 60% at one point. The obvious reason for YUMA’s gusher is that investors are rushing into American oil assets on fears of a potential disruption.

But Yuma isn’t that big of a player in the American oil market. Its market capitalization is only $6.6 million. It’s a small fry. So, why are YUMA shares surging today?

The answer lies in the fact that Yuma is such a small player. Right now, there are only about 1.32 million YUMA shares available for public trading. Of these 1.32 million shares, 6.68% are sold short.

Can you see where this is going now? The U.S. airstrike prompted a rush into American oil companies, which boosted YUMA more than expected. Short sellers then rushed in to cover their positions to avoid heavy losses, thus exacerbating the rally.

So, lucky YUMA bulls, your shares are getting squeezed tighter than a tube of toothpaste in a 2-year-old’s hands. (Might want to take some profits … just saying.)

Yesterday, Great Stuff talked about how pot stocks rallied big at the end of 2019 … but then that rally, well … went to pot.

Unlike a certain Great Stuff editor — I’m not going to name names — Anthony’s not all that keen on cannabis edibles, but he sees big things for the vape market. However, Anthony wonders if Aurora spent too much cash on too many products heading into 2020.

You can watch his latest video below (with some added love for Great Stuff thrown in. Thanks Anthony!):

That joke was about as subtle as a hand grenade in a barrel of oatmeal. (I say, I say, thank you, Foghorn Leghorn.)

The market is rockin’ and rolling (or roiling … depending on your point of view). There are opportunities everywhere … you just have to sift through the noise to find that nice meaty center.

Luckily for you, you have Great Stuff to help you dig through the sand for the best market news. But you don’t want to keep all this great stuff for yourself, do you? (Do you?)

No. You don’t. You’re a worldly investor who shares with friends and colleagues.

So, why not sign them up for Great Stuff today! 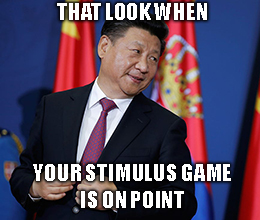 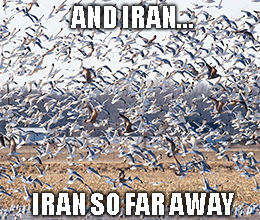