Home » Great Stuff » Aurora-Coke Rumors: All Smoke and No Toke 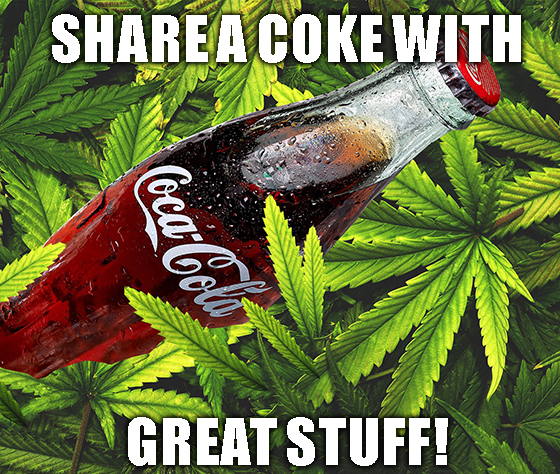 Are you well rested from the holiday break?

I hope so, because I have a doozy of a conspiracy theory in the cannabis sector for you today. It involves the most widely held stock on Robinhood and the world’s largest soft drink maker.

Before we get to the speculation, let’s start with the facts.

What’s more, analysts at Jefferies downgraded Aurora to hold from buy on the news. “It is clear to us that the market is lacking conviction in Aurora, and this update will do little to help that,” the ratings firm said in a note to clients.

ACB plunged 8% on Monday as a result.

Now for the speculation. A gentleman by the name of “Gabor the Blind Guy” posted a video to YouTube earlier this week where he tries to open a new childproof lid his father designed for Coca-Cola Co. (NYSE: KO). According to Gabor, this childproof lid is for a new cannabidiol (CBD) drink that Coke is releasing in Canada.

There’s nothing in the news about any of this … save for one article over at TheCannabisStock.com.

Anyone else remember the last company Coke was talking with to produce CBD drinks?

Don’t go looking on YouTube for the video — it’s gone.

But this is the digital information age. Nothing is ever truly gone. In fact, you can find a mirror of the video here (while it lasts).

Now, I don’t need to tell you that Aurora could really use a boost … and a deal with Coke would be a major coup for the cannabis company. Aurora just rolled out its Cannabis 2.0 products in Canada, including a long list of edibles, vapes and drinks. A Coke-backed Cannabis 2.0 drink could send ACB to the moon.

What’s more, what if CCO Battley only moved out of Aurora (and into an Aurora subsidiary) to make way for a Coke representative ahead of a CBD drink deal?

The possibilities are tantalizing, aren’t they?

For an expert’s take on the situation, I reached out to Banyan Hill’s resident pot stocks guru, Anthony Planas. Here’s what he had to say:

Clearly not the take we anticipated, but it’s a stark reminder that any potential tie-up between Aurora and Coke is purely speculation at this point.

Thank you, Anthony, for bringing us all back to earth on this one.

As it turns out, Anthony was right. Just before Great Stuff hit the presses, Coke issued a statement: “As we have stated many times, we have no plans to enter the CBD market.” Bummer.

Remember, the cannabis sector is quite volatile right at the moment. You need an expert to help guide you through the rumors and speculation. To that end, Anthony and Real Wealth Strategist editor Matt Badiali have come up with five pot stocks you “must own” right now … before more states legalize. 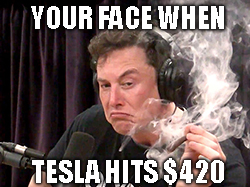 It was bound to happen … and when it did, CEO Elon Musk was just itching to make a joke.

On Monday, Tesla Inc. (Nasdaq: TSLA) hit $420 per share. The milestone prompted Musk to tweet out: “Whoa … the stock is so high lol.”

All jokes aside, Tesla is smoking right now. The shares are up a whopping 1,600% since their initial public offering, with optimism over the new Chinese Gigafactory driving bullish sentiment right through that burning Walmart roof.

Analysts are even jumping on board, albeit reluctantly. Today, Wedbush analyst Dan Ives lifted his price target on TSLA to $370 from $270, citing strong demand for the Model 3. While Ives gave a nod to “massive short covering” for Tesla’s recent resurgence, he also pointed out “underlying fundamental improvement” at the company. After all, Tesla turned a surprise profit last quarter.

But the short squeeze story can’t be ignored. Tesla shorts have … well … lost their shorts by betting against the company. And there’s more to come. ShortSqueeze.com reports that 27.5 million TSLA shares remain sold short after a 4% decline in the latest reporting period.

Those remaining 27.5 million shares still account for about 20.5% of Tesla’s total float (or shares available for public trading). With TSLA still climbing, how much longer can these remaining bears hold out before they’re forced to buy as well?

When Tesla unveiled its new Cybertruck, the internet had a field day making fun of the “truck’s” odd design features. Not since the Pontiac Aztek have we seen a vehicle so, well … ugly.

With so few true competitors, it looked like energy-conscious truck enthusiasts (yes, they do exist) were stuck driving a truck designed by a six-year-old. That is, until Rivian secured a massive amount of funding.

Rivian is an electric vehicle startup that’s drawn considerable interest from backers as of late, especially after Tesla’s Cybertruck made its debut. Rivian’s trucks and SUVs look more like traditional vehicles than anything Tesla makes, providing a level of confidence to key backers.

So much so that the company announced it raked in $1.3 billion in funding in its latest investment drive — its largest to date. Big names are lining up behind Rivian, including Ford Motor Co. (NYSE: F) and Amazon.com Inc. (Nasdaq: AMZN).

Rivian is expected to start delivering trucks and SUVs next year. Are we witnessing the emergence of a true competitor in the electric vehicle market? 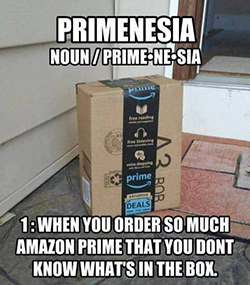 I honestly don’t know why more people don’t shop online during the holiday season … or at any point during the year, for that matter. It’s like y’all didn’t get the memo: You don’t have to fight hordes of people to buy things anymore.

This year, online shopping saw more converts than ever. According to data from Mastercard, e-commerce sales surged to a record high, rising 18.8% from 2018 to account for 14.6% of total retail sales in the U.S.

Here’s the surprising thing: Amazon stock is actually down more than 6% in the past six months. The shares lag the S&P 500 Index by about 8% for the past 12 months.

So, what gives? Amazon’s spending spree, that’s what. After the company posted its first profit drop in two years back in October, investors have been reluctant to push AMZN higher.

That’s a mistake. Amazon has proven time and time again that it knows how to invest in itself. This latest spending round was on one-day shipping and content for Prime TV. These investments will pay for themselves. We’ll see proof of that in Amazon’s holiday quarter earnings report.

Before I sign off and try to steal another Hawaiian roll — the King’s Hawaiian ones are OK, but homemade rolls help me feast like an emperor — it’s time for a helping of Reader Feedback.

But Great Stuff, you didn’t even ask us for any feedback this week!

No, but “readers gonna read” … and write in.

And I’m grateful for all the feedback and comments you send in.

This week, y’all got personal with the questions. The holidays bring out all kinds of folks. (Especially out on the roads by me … jeez, how many of you really went last-minute with the shopping?)

So, I thought it’d be a wholesome, festive Kodak moment to respond to some of your questions about the great stuff behind Great Stuff.

When and why did you get into trading? I’m trying to convince my son to turn off Counter-Strike and start investing. Any advice?

Well, Brian, at least it’s Counter-Strike and not Fortnite. I don’t have the … umm … poetic license here at Great Stuff to tell you how I truly feel about Fortnite.

As a lifelong video game fan, I initially saw trading as yet another type of “game” to master. It was a challenge. With the right knowledge, I too could win this game played by billionaires.

Yes, I was young and naïve, but I never shrank from that challenge. To this day, I continue to search for that edge — that “cheat code,” if you will — that will help me (and now you) make it big.

Your movie references are all over the place (in the best way)! Any one favorite?

As you know, Gwenn, I have an affinity for ’80s movies — everything from Top Gun and E.T. to Indiana Jones and anything made by the great John Hughes. I also have a big weak spot for Monty Python and dry British humor.

But my real favorite, the pièce de résistance, is Star Wars. The Empire Strikes Back was the first movie I ever saw in a theater. It was a masterpiece. So, for better or for worse, Great Stuff readers get more Star Wars memes than any other.

Do you have a quote you live by?

Suze, there are, in fact, three quotes that I live by … one for investing in the market and two for life.

For the market, I live by the words of John Maynard Keynes: “Markets can stay irrational longer than you can stay solvent.”

For life, my favorite is by Robin William’s character, John Keating, in Dead Poets Society: “But only in their dreams can men be truly free. ‘Twas always thus, and always thus will be.”

But equally important is one my grandfather told me jokingly decades ago: “Don’t sweat the petty things, and don’t pet the sweaty things.”

I don’t think you can go wrong with any of those quotes.

And on that note, you can look forward to more meme-fueled festivities tomorrow. 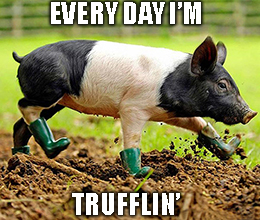