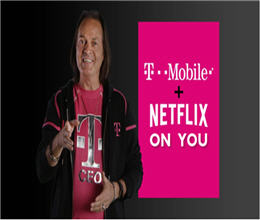 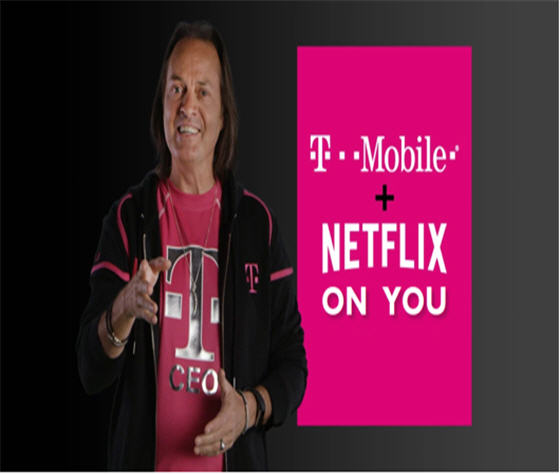 While the Federal Communications Commission and the Department of Justice are battling it out over whether T-Mobile USA Inc. (Nasdaq: TMUS) and Sprint Corp. (NYSE: S) should be allowed to get married, the “Big T” is pulling a fast one.

T-Mobile’s Netflix On Us promotion is getting a price hike to absorb Netflix Inc.’s (Nasdaq: NFLX) price hike. If you had any delusions about the supposedly “free” offering from T-Mobile, they should be gone now. Oh, yes, you are paying for the Netflix subscription one way or another.

If you have a Netflix On Us plan, expect to see your bill rise by a whopping $2 on June 2. (It’s not the amount, it’s the principle!) If you want to avoid the price hike, you can switch to T-Mobile’s Magenta plan, which includes Netflix On Us “free.” That free plan is Netflix’s basic plan — not the two-stream HD plan offered before.

Will this affect T-Mobile’s subscriber churn rate? Not likely. After all, most subscribers probably won’t even notice the $2 increase amid all those fees, taxes and administration costs. But the fact that T-Mobile chose to release this little tidbit amid the chaos of the $26.5 billion Sprint merger seems a little bit shady.

From an investing perspective, if you aren’t already YOLO-ing with Sprint or T-Mobile stock ahead of the merger decision, it’s best to wait this one out.

The U.S.-China trade war, Brexit, sluggish global demand … it’s no wonder investors are increasingly afraid of the current market environment. And that fear is starting to overflow.

According to data from IHS Markit Ltd., short interest on the SPDR S&P 500 ETF Trust (NYSE: SPY) climbed to 7% of outstanding shares this week. That’s the highest level since 2015.

See, you really can’t please everyone.

Hold on a second … there’s more to come. 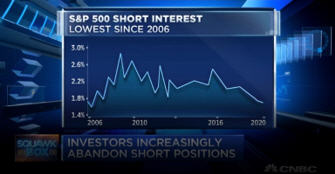 With the S&P 500 Index trading near record levels, the U.S. economy growing and signs that the U.S.-China trade war could be easing, it’s no wonder that short interest…

Wait. Hold on a second. What?

Short interest on the S&P is at its lowest level in 13 years? Didn’t we just read an article stating exactly the opposite?

How about a little clarity?

“Why is that?” you ask. I’ll let Michael Carr, the editor of Peak Velocity Trader and Precision Profits explain:

Shorting individual stocks is expensive, and costs can change daily. If I short Amazon.com Inc. (Nasdaq: AMZN), the cost to borrow is high and gets higher when the stock falls. Meanwhile, the cost to borrow SPY and other exchange-traded funds (ETFs) is low. So, I can find a way to short ETFs to get similar exposure as shorting Amazon stock.

Mike is a bit of a genius, so let me break that down for you: Short selling individual stocks is expensive; short selling ETFs like the SPY is cheap.

The bottom line here is that if you are looking to hedge against or profit from a market decline, shorting ETFs is the cost-effective way to go. But be aware of the risk of short selling … or not. It’s your money, not mine. 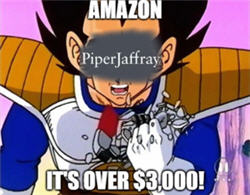 “Yeah, I’ve been a fan, and I’ve been an idiot for not buying [Amazon shares],” Buffett said when the stake was revealed earlier this month.

But the Oracle of Omaha is an idiot no longer. According to Piper Jaffray, Amazon’s stock will hit $3,000 per share by mid-2022. That’s a 63% return from Amazon’s current price, and we know Buffett got a much better price than that.

As I’ve said before on Great Stuff, Amazon is hot stuff and well worth your investment dollars. Maybe Buffett still has it in him after all?

The downside of using free trading services like Robinhood. 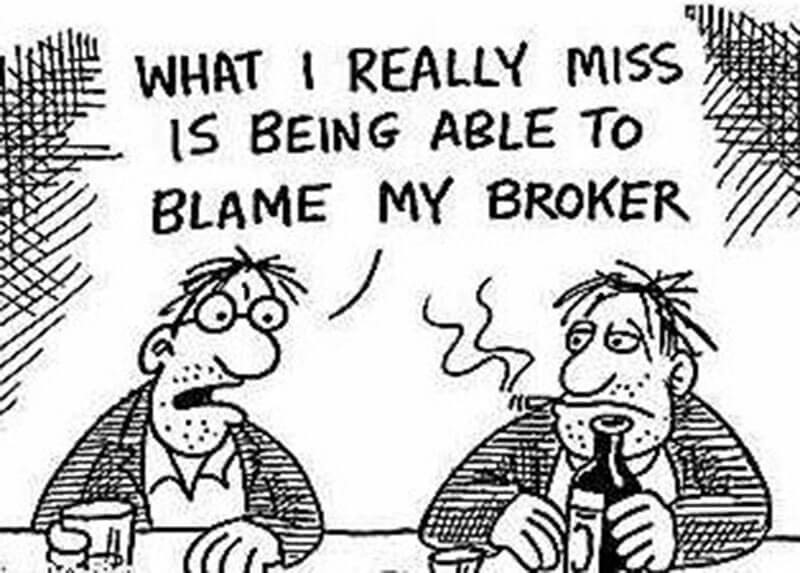 And the right time for profiting from cord-cutting is now!

Cord-cutting isn’t a new thing. We all have that crazy guy in our neighborhood with that wiry piece of metal protruding from the top of his house.

No, silly. He’s saving literally thousands of dollars a year by switching to free over-the-air TV broadcasts. (In your face, insurance lizard.)

Until recently, the biggest investment opportunity in the cord-cutting market has been content streaming. Netflix, Amazon, Apple TV and others gobbled up the majority of investment capital and market headlines. But that’s all changing now.

The real opportunity is how consumers access these streaming services. And the real “OG” in this market is Roku Inc. (Nasdaq: ROKU).

Sure, Apple Inc.’s (Nasdaq: AAPL) Apple TV arrived in 2007, beating the Roku to market by about a year. But the device failed to really take off, largely due to Apple’s walled garden and lack of streaming options like Netflix.

Roku, which launched in 2008, arrived on the scene as the first Netflix streaming box. That fact, combined with a considerably lower price point, helped Roku dominate the market.

As a result, the company has consistently seen revenue and earnings growth in the mid-to-high double-digit percentage range. In the most recent quarter, sales jumped 43.7% and earnings spiked 64%.

But this performance isn’t solely due to selling hardware. Roku is now pitching ads and services and taking a cut of signups that occur on Roku devices. Sign up for Netflix on a Roku? Roku gets a cut.

Those devices are proliferating like mad. In March, Roku announced that it had more than 29 million active accounts … and that’s just people who’ve bothered to sign up for an account.

The only real competition Roku is facing is Amazon’s Fire TV. There are about 30 million Fire TV accounts active per Amazon. However, the Fire TV suffers from a similar situation as the Apple TV — it’s not a fully open platform. Amazon’s device pushes you toward Amazon products. Roku does not.

What’s more, Amazon has access to a large international market. Roku still has considerable growth opportunities there. And Roku’s agnostic stance on third-party streaming services should be a game-changer outside the U.S.

With the number of Americans cutting the cord hitting record numbers, it only makes sense to invest in the best company helping to facilitate that movement. That’s what makes Roku’s stock a buy.

The Lord of the Bling