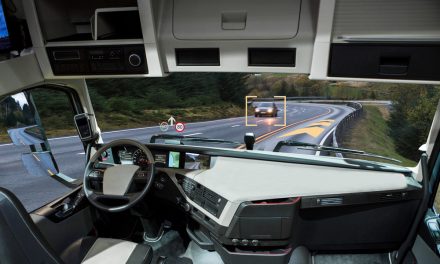 Imagine yourself driving down to the beach for Memorial Day weekend.

While passing an 18-wheeler (on its left because you’re a responsible driver), you glance over at the cab and notice something that sends shivers down your spine. It almost causes you to run off the road as you do a double take.

The truck is going 70 miles an hour on the highway, and there’s nobody driving.

Of course, this isn’t a reality just yet.

But we’re closer than we’ve ever been to fully autonomous transportation.

And if history is any guide, new technology starts slowly at first and then grows exponentially…

Convergence of the Biggest Tech Trends Is Just Beginning

Earlier this month, I wrote, “Why the Next Decade Will Be the Greatest in Human History.”

I argued that the disruptive trends you’ve been reading about … blockchain, 5G, the Internet of Things, artificial intelligence … are converging to a tipping point.

I believe the next decade will witness a surge in productivity the likes of which humanity has never witnessed. Put simply, we’ll do more with less.

Throughout the economy, workers will be rapidly replaced with artificially intelligent software, sending the cost of making things on a course toward zero.

The futurist Buckminster Fuller called it “ephemeralization,” and said that technological advancement would allow us to do “more and more with less and less until eventually you can do everything with nothing.”

There’s no industry that’s more susceptible to this rapid change than the trucking industry. The jobs of 3.5 million truck drivers in the United States inch closer to extinction every day.

The United States Postal Service, which is the government agency you’d least expect to tip off a tech revolution, started carrying mail on self-driving trucks on Tuesday.

The Postal Service announced that letters and packages between Phoenix, Arizona, and Dallas, Texas, will travel on customized trucks run by TuSimple, an autonomous startup based in San Diego, California.

And we’ve seen this movie before. It may not be a repeat, but it sure looks like a remake.

Something similar happened in the 1920s when the new technologies of that era converged and led to massive disruption in the farming industry.

In 1920, the revolution in farm machinery was just beginning.

Throughout most of America, farmers were still using horses and mules to pull primitive machines that plowed, planted and harvested.

Some harvest tasks were done by hand, such as picking corn. Some farmers used machines to shell the corn and thresh grain (which meant separating the wheat or oat kernels from the straw).

That is, until the leading technologies of that day suddenly converged and led to a farming revolution.

These developments led to an explosion in mechanized tractors, planters, cultivators and harvesters.

At the turn of the 20th century, there were only six tractor-makers in the United States.

But by 1921, there were more than 186 tractor-makers selling hundreds of different models powered by a variety of fuels. The number of tractors on farms approached 200,000.

In the 1890s, the U.S. Department of Agriculture reported that 100 bushels of wheat took 40 to 50 hours of labor to produce with the available equipment.

Technology’s convergence made a huge difference in farming and thereby increased productivity in the 1920s.

The convergence of the assembly line, the internal combustion engine and oil led to a tipping point in farm technology and sent agricultural jobs into a steep decline.

In 1920, agricultural jobs accounted for 25% of the labor force. Today, that number is less than 1%.

The same convergence of 5G, artificial intelligence and the Internet of Things will be no different. It will displace workers such as truck and taxi drivers.

But this convergence will increase productivity, which leads to widespread prosperity.

Of course, we’ll have to get over our fear of runaway semis first.