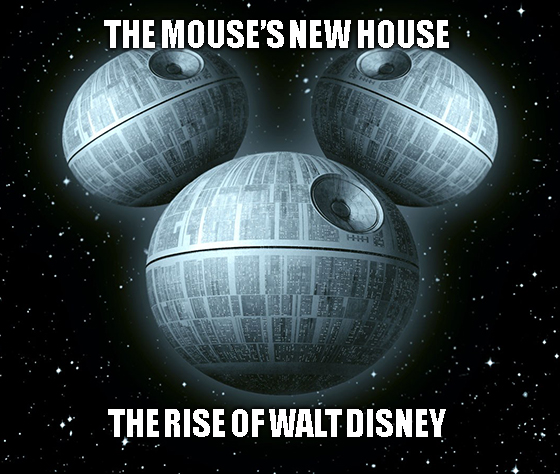 The Rise of Walt Disney

Are you ready for the biggest news today?

Hint: It’s not the SoftBank takeover of WeWork — anyone paying attention knew this was going to happen. SoftBank couldn’t afford to lose any more face with its big-time investors. That said, a valuation of between $7.5 billion and $8 billion is still too darn high, if you ask me.

No, the real “biggest news” of the day comes from The Walt Disney Co. (NYSE: DIS) and takes place a long time ago, in a galaxy far, far away…

(This is where I would have started the iconic Star Wars scroll, but I don’t want to get sued.)

The new and final Star Wars: The Rise of Skywalker trailer is out!

I get the feeling you’re not as excited as I am. But then, I grew up with the original Star Wars movies. I watched the beginning of this epic nine-movie tale in the theaters with my parents. To this day, fuzzy Ewoks and phrases such as “No, there is another!” and “Chewie, we’re home” still give me chills.

You want an investing angle?

How about this: Star Wars: The Rise of Skywalker just beat Avengers: Endgame in presale tickets. According to Atom Tickets, Skywalker sold 45% more tickets than Endgame in the first hour they were available on the company’s platform.

That’s a new presale record for Atom Tickets. It’s also an indication that Skywalker could be the biggest film of the year in terms of box office draw.

That’s a lot of cash coming in for Disney — and we haven’t even touched the potential for boosted theme park attendance, merchandising or the fact that this new Star Wars movie will likely only show up on Disney+ when it’s finally time to stream.

To all the Disney doubters out there, I have to say: “I find your lack of faith disturbing.”

But seriously, the Star Wars franchise has seen a considerable amount of negative press this year. We’ve seen reports of low attendance at the new Star Wars lands in Disneyland and Disney World, slowing merchandise and toy sales and flubbed Star Wars video game releases. The list goes on.

The franchise needed a positive sentiment boost in a big way. The early ticket sales from Atom Tickets was just what Disney needed to help revitalize bullish sentiment.

What’s more, the timing of the new Star Wars movie and the Verizon deal should help boost enrollment in Disney+. The Mouse’s House really needs Disney+ to launch without a hitch.

If this service starts adding to Disney’s bottom line immediately, DIS shares will once again become a hot commodity — I have foreseen it!

The Good: A New Hope 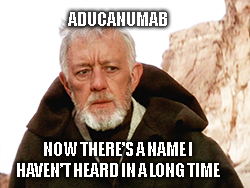 In October 1998, I lost my grandfather to Alzheimer’s.

He was a great but humble man who ran a grocery store in Augusta, Kentucky. I owe him my love of Frank Sinatra, Humphrey Bogart and all things Harrison Ford — Indiana Jones and Han Solo, especially — among many other things.

So, when Biogen Inc. (Nasdaq: BIIB) announced today that it was resurrecting its Alzheimer’s drug aducanumab, I was ecstatic and shocked.

The last time we heard about aducanumab (Seriously? That’s not a name anyone is going to remember, let alone know how to pronounce) was earlier this year, when the drug was shelved for appearing to fail clinical trials.

But, according to new data analysis, there is hope. Biogen said that a “new analysis of a larger dataset” showed that patients who received the drug benefited from better cognition, orientation, memory and other factors.

In fact, the data are so encouraging that Biogen is submitting the new Alzheimer’s drug for approval with the Food and Drug Administration (FDA).

BIIB’s shares initially surged more than 40% on the news but have since retraced those gains. From an investing standpoint, we should see BIIB level out once the hype has died down. However, expect another surge if the FDA approves the drug.

The Bad: Revenge of the Tariffs 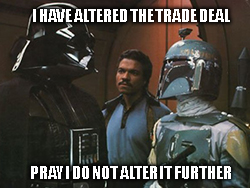 It’s not quite a Trade Federation blockade, but for Hasbro Inc. (Nasdaq: HAS), it might as well be.

The world’s largest toymaker released its third-quarter report this morning, and one word sums up the results: tariffs. Hasbro missed earnings expectations by $0.37 per share and revenue targets by $140 million.

According to Chief Financial Officer Deborah Thomas, “Hasbro’s global teams are executing within a dynamic trade environment that is impacting the timing of revenues, driving incremental expenses and putting upward pressure on our underlying tax rate.”

In short, Deborah is calling out tariffs. And you thought tariffs weren’t going to hit your Christmas spending this year.

HAS shares are down more than 13% on the news. Unless the trade situation changes soon, the company’s fourth-quarter results could be just as bad.

The Ugly: The Loan Wars 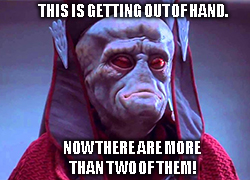 What do you do when Disney turns the firepower of its fully armed and operational battle station in your direction?

Netflix didn’t detail the maturities of those bonds (i.e., when they’ll be due for payment), but it did clarify that the money will be used for content production, development and acquisition. In other words, Netflix is taking on more debt to produce more content to compete with a fresh wave of competition.

Until now, Netflix hasn’t appeared too concerned with upstart competition, settling into a balance with Amazon Prime TV and Hulu. But the advent of Disney+ appears to have spooked the firm. In fact, Netflix said last week that the rise of competition could hurt subscriber growth.

You can just hear CEO Reed Hastings saying: “This is getting out of hand. Now there are more than two of them!”

I wouldn’t call this a panic move from Netflix just yet. But taking on $2 billion in new content-related debt when analysts already expect you to spend $17.8 billion next year isn’t a “business as usual” move from the company.

Today’s quote of the week comes from an oddball article discussing the potential for using bicycles to generate electricity.

There seems to be a reason why cycling for power has not yet taken off the way rooftop solar panels, for example, have. The idea sounds good, but it’s not really practical.

And here I thought we had settled this argument decades ago. I can see it now … thousands of WeWork offices filled with stationary bikes where people go to pedal for their daily energy allotments. It all sounds very Black Mirror-ish.

There are better ways to get your alternative energy fix. Much better ways.

In fact, what if I told you there was an infinite supply of energy right below your feet? What if said energy was cleaner, safer and more abundant than every fossil fuel? Sounds like a pipe dream, right?

You can get in on the massive returns offered by this infinite supply of energy with one simple investment. Don’t believe me?

Click here now to get all the details on this revolutionary energy pick straight from Paul!

Great Stuff: We’re All Fine Here. How Are You? 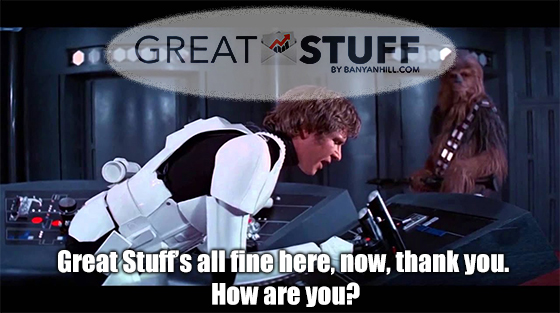 So I’m still fanboying over the new Star Wars movie … sue me.

(I don’t get out much. They keep me chained up writing bad jokes and memes and making great stock picks all day! It could be worse, I guess.)

Anyway, I’m stepping out today to ask you how you are, dear readers.

Either way, we all need a breath of fresh air after a volatile week in the market.

Drop me a line at GreatStuffToday@banyanhill.com and let me know how you are holding up in this crazy market. 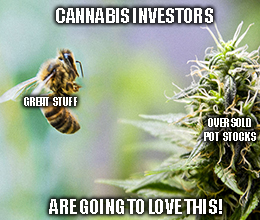