The Repo-Rate Man Is Coming

Did you think we were done talking about the Federal Reserve and repo rates? (I’ll bet you wished we were.)

About one month ago, the financial media were filled with stories about a “mini” crisis involving overnight lending rates, bank liquidity and the Fed’s reserve rates for financial institutions.

At the time, the Federal Reserve dumped hundreds of billions of dollars into the overnight lending market with the goal of fixing a crisis in said market. (You can read more about it here.)

The Fed said that this was nothing to be concerned about. It was all end-of-quarter liquidity needs coupled with corporate tax payments and the expiration of several options, futures and index contracts all at once. It would go away.

It hasn’t gone away. Overnight lending rates spiked once again last week — not as much as they did in September, but enough to once again eclipse the Federal Reserve’s preferred interest rate.

To combat this recurring problem — and yes, it is now a recurring problem … how about that? — the Fed set up a new bond-buying program. That program will provide about $60 billion in liquidity per month. Last week, the Fed leaned on $20 billion to fix overnight lending issues.

So, all is well for now, apparently. The Fed is on the case. But many financial analysts on Wall Street are getting nervous. Jim Bianco of Bianco Research had this to say:

The repo market has been drugged into submission by the Fed. That’s fine for a while. But what I am getting concerned about is that they’re not figuring a way to get it off the drug and get it back to normal, and that will be a problem longer term for them.

At this point, I’m not even sure Wall Street knows what’s “normal” anymore. Financial institutions, trading houses, investors … basically everyone has been fed so much free money and low interest rates for so many years that breaking this habit is going to hurt.

There’s just so much cash out there in the system right now. So, why are we having liquidity issues in the repo market?

According to Banyan Hill expert Ted Bauman, editor of The Bauman Letter, the answer may be as simple as greed:

“Money, money everywhere and never a buck to borrow.” Like Coleridge’s ancient mariner, Wall Street banks are awash in money, but they don’t seem to be able to produce it when it’s needed in the overnight repo market.

Predictably, banks blame the Dodd-Frank Act for forcing them to keep more reserves at the Fed than they want, so they can’t lend it out in the overnight market.

But since the overnight market exists to keep the banking system stable, you’d think the banks would be a little less greedy. They’re acting like a kid who says she won’t clean her room unless you double her allowance.

“Oh, we can’t keep up with all the regulations! It’s not our fault! We promise to behave this time. Oh, woe is us! Haven’t we suffered enough?” — Banks, probably, all while swimming in vaults of cash like Scrooge McDuck.

Have an opinion on this repo situation? Let me know at GreatStuffToday@banyanhill.com. 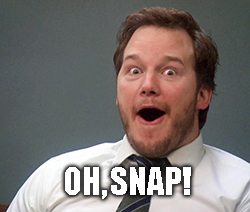 If you’re a regular Great Stuff reader, you know that I’m not a big fan of Snap Inc. (NYSE: SNAP). However, I’m starting to think that’s more because I just don’t get Snapchat. I’m clearly not in its target market.

Yesterday, Snap reported strong quarterly earnings results, beating both top- and bottom-line expectations. Quarterly sales even rose 50%. For Snap bulls, this is nothing new. The company has topped Wall Street’s targets for the past four quarters.

More impressively, Snap said that its daily active Snapchat users rose 13% to 210 million last quarter — also beating the consensus estimate. This, too, has been a growing trend for Snap. Daily active user growth has continued on a steady pace for the past year.

It’s data like this that has SNAP shares up more than 122% in the past year.

However, SNAP fell roughly 4% yesterday as investors worried over the company’s guidance. Snap expects earnings and revenue to come in near the midpoint of its previous guidance range, below expectations.

JPMorgan Chase’s Doug Anmuth wasn’t having the decline. He upgraded SNAP to overweight from neutral and lifted his price target to $20 from $17. “We believe Snap shares are increasingly compelling following a 20%+ pullback from recent highs and after delivering 3Q results that we believe showed more encouraging trends,” Anmuth said.

Great Stuff is going to have to keep an eye on SNAP after this year’s track record. The company’s turnaround is looking promising.

The Bad: We Should Have Known

Nothing is ever free.

Repeat that again with me, will you? Nothing is ever free.

This is especially true when it comes to cable companies. Remember when Comcast Corp. (Nasdaq: CMCSA) said it was handing out free Xfinity Flex streaming boxes to internet-only subscribers? According to The Verge, that claim was “misleading if not outright wrong.”

But for tech-savvy people like me? Those “free” boxes are a no-go. For me, Comcast is trying to squeeze out another $156 per year on equipment that I don’t need. (Seriously, you can set up your own cable modem and Wi-Fi router without much trouble and save a lot of money every year on your cable and internet bills!)

I don’t know about you, but $156 per year for a “free” modem isn’t exactly free. The Verge reports that Comcast will allow you to use your own modem and router to avoid the fee “imminently,” but what does “imminently” mean to a cable TV company? It also doesn’t change the fact that its advertising for a free Flex box is extremely misleading right now.

Meanwhile, you could just buy a streaming stick from Roku Inc. (Nasdaq: ROKU) for about $30 and be done with cable companies’ silly fees. 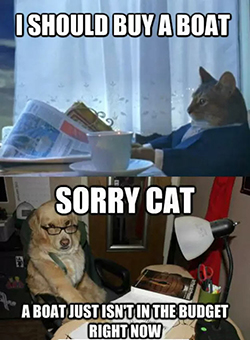 The cat is out of the bag on the global economy … so to speak.

If you had any delusions about a quick rebound in manufacturing economic activity, Caterpillar Inc. (NYSE: CAT) just shattered them.

The heavy equipment maker, an economic bellwether, said that third-quarter earnings missed expectations by $0.22 per share on slower-than-expected demand for heavy equipment.

In fact, both earnings of $2.66 per share and revenue of $12.8 billion missed Wall Street’s consensus estimates.

Caterpillar also lowered its forecasts for the full year. “In the fourth quarter, we now expect end-user demand to be flat and dealers to make further inventory reductions due to global economic uncertainty,” CEO Jim Umpleby said.

Furthermore, a 29% plunge in Asia-Pacific sales once again raised concerns that President Trump’s tariffs were at least part of the cause.

Not surprisingly, CAT is taking a dive this morning, but only by about 1.4%. Apparently, investors were expecting much worse results. Just wait, though … per Caterpillar’s own report, things are going to get worse. 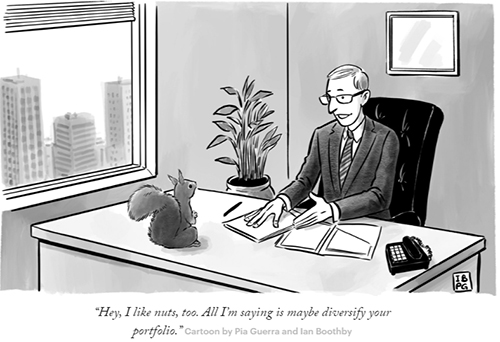 Ted Bauman sent it to me. I’ve been reluctant to share it because I don’t like squirrels. I know it’s irrational. I don’t care.

Dirty little thieves, stealing from birds, driving my dog crazy and digging up my yard.

Get off my lawn, squirrels!

How, you ask? With The Bauman Letter, that’s how.

I don’t know if you know this, but The Bauman Letter has three separate portfolios, each suited to a different investing style:

See, it’s got something for everyone.

Diversify your investing today — sign up now for The Bauman Letter.

Great Stuff reader feedback arrives tomorrow. Have you sent me anything this week?