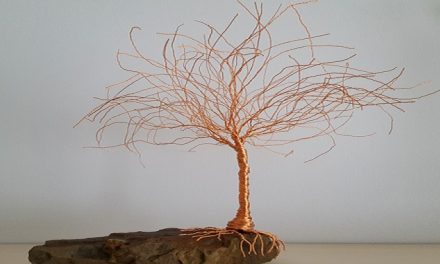 Mining investors got a lesson in political risk recently.

Ostensibly written to toughen mining laws, they would allow the government more power to block projects and even revoke licenses to operate.

Taken to its extreme, some investors see that as a blank check to steal assets.

Southern Copper just hit its lowest price since June 2017. Its shares have dropped 43% since their April 2018 high. That’s the stock’s biggest decline since the 2011 bear market. The company has shed $12 billion in market value since 2017.

You can see what I mean in this chart:

But not all of that is due to a low copper price.

Mexico’s incoming government threat of changing the mining laws has exacerbated the decline.

Changing the rules mid-game is a huge risk for mining investors.

Mining companies invest hundreds of millions of dollars in exploration, development and construction of a mine. Once it’s built, it isn’t portable. You can’t recover some of that capital if things go wrong. That’s why understanding political risk is part of the methodology for mining investment.

You see, Southern Copper owns a mine in Mexico called Buenavista del Cobre. In 2014, there was a massive spill at the mine. About 10.6 million gallons of copper sulfate solution spilled into the Bacanuchi and Sonora Rivers in Sonora, Mexico.

The spill left about 22,000 people without drinking water. It was an environmental disaster. Private lawsuits related to the spill remain active in the Mexican court system. Cleanup costs exceeded $85 million.

However, the mine remains a critical part of Southern Copper’s future. The company spent $3.7 billion to ramp up production.

The new mining legislation contains language that could allow the government to use the spill as a reason to take the mine away from Southern Copper.

In addition, there is a proposal that would allow the economic minister to prevent exploration in areas that could trigger a “social conflict.”

That kind of language opens the door to all kinds of uncertainty. It adds risk to an already unpredictable market. That’s why investors bailed out of Southern Copper.

However, investors went too far.

A Light in the Gloom

The proposed legislation has strong opponents. Mining is a critical industry in Mexico. It contributes to about 5% of the gross domestic product.

This legislation is far from a done deal.

If this new law fails to pass, Torex and Southern Copper shares will rally double digits. It will be worth keeping an eye on these stocks over the next few months.