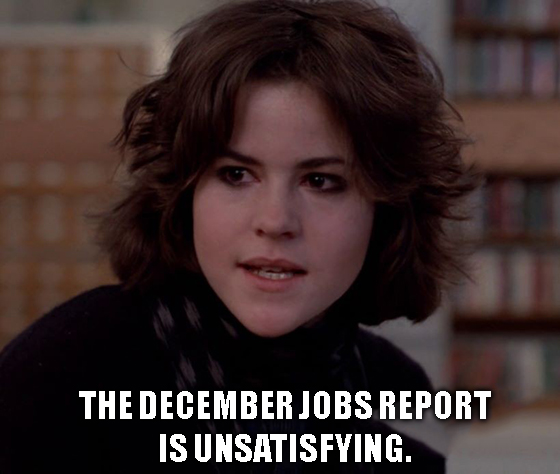 Friday Four Play: The “Send in the Clowns” Edition

Well, that was unsatisfying.

According to the U.S. Department of Labor, 2019 went out with a whimper and not the muted bang economists expected. The economy added a mere 145,000 jobs in December, compared to expectations for 160,000. It was the slowest job growth since mid-2018.

And, much like the new kid’s first day at middle school, it got worse from there. Hourly wages only climbed 2.9%, below the expected 3.1% gain, while the jobs numbers for both October and November were revised lower — by 4,000 in October and by 10,000 in November.

On the plus side, however, the unemployment rate held steady at a 50-year low. So, we’ve got that going for us, which is nice.

For those of you who like bullet points and data:

All in all, the December jobs report showed that the U.S. economy is still growing, albeit slower than many expected. It’s nothing to worry about just yet, but you can bet that January’s jobs report will be heavily scrutinized now.

No. 1: Designed by Clowns, Supervised by Monkeys 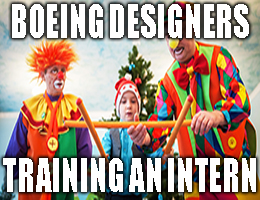 As far as company slogans go, I guess you could do worse. But, if I were an airplane manufacturer right now, I might go with: At Least We’re Not The Boeing Co. (NYSE: BA).

Still embroiled in the middle of the 737 Max scandal, Boeing released a cache of new internal messages surrounding the troubled airplane. The one getting the most attention (and the source for the above) is this one by a company pilot back in 2016: “This airplane is designed by clowns, who in turn are supervised by monkeys.”

But that’s not the worst of it. (It always gets worse, doesn’t it?) The internal emails detail efforts to hide from Federal Aviation Administration (FAA) regulators, cover up issues from flight crews and evade scrutiny from passengers. All of this while Boeing employees were well aware of the Max’s issues and — get this — pointing the issues out to upper management.

In a statement, Boeing said: “We regret the content of these communications, and apologize to the FAA, Congress, our airline customers, and to the flying public for them.”

According to a response from the FAA, there’s nothing new in these messages that the agency wasn’t already aware of in terms of safety risks.

I guess that means monkeys and clowns are part of the FAA review process? I feel safer already.

Unfortunately, it’s nowhere near as cool as it sounds. Piper Sandler Cos. (NYSE: PIPR) analyst Michael Lavery just issued a sell rating on Aurora Cannabis Inc. (NYSE: ACB) and cut his price target from $3 to $1. Ouch! That’s worse than the shake at the bottom of the bag.

According to Lavery, Aurora won’t reach positive cash flow until the third quarter of next year. Furthermore, he expects the company to adopt “more significant austerity measures” and “asset sales” to combat debt loads and low cash reserves.

If the Piper Sandler research note is seriously harshing your buzz on the cannabis market, you need to check out Anthony “The Pot Stock Guru” Planas’ latest research report: “2020 Cannabis Market Report — Grab Shares of This U.S. Producer.”

Or better yet, watch the video below: 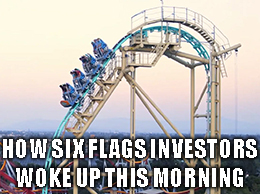 After riding the lift hill through the middle of 2018, it’s been all downhill for Six Flags Entertainment Corp. (NYSE: SIX). But today’s drop has been impressive, even for this struggling roller coaster peddler.

SIX shares suffered their single biggest one-day drop ever (more than 19%) after the company warned that its planned Chinese theme parks might be canceled. The problem is that Six Flags’ Chinese development partner, Riverside Investment Group, just defaulted on required payments.

According to Six Flags, Riverside “continues to face severe challenges due to the macroeconomic environment and the declining real estate market in China.” What’s worse, if Riverside doesn’t remedy the default, it could lead to Six Flags canceling its Chinese theme park projects. All of them.

Furthermore, the company also warned of soft demand at its North American parks and slower-than-expected season pass and membership sales. The slower sales will likely result in fourth-quarter revenue falling $8 million to $10 million below year-ago results.

These are clearly not the screams SIX investors were looking for. 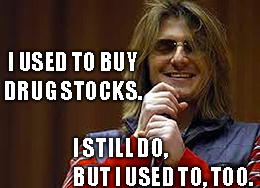 You may not like biotechnology, but I’m not going to stop talking about it. It’s good for you, just like that awful-tasting medicine your mom gave you as a kid.

Today, we have more consolidation in the biotechnology space. Eli Lilly & Co. (NYSE: LLY) just agreed to buy Dermira Inc. (Nasdaq: DERM) for $1.1 billion in cash. Dermira is a skin-treatment company with a rather promising dermatitis treatment in phase 3 clinical testing.

Eli Lilly shares are up an impressive 26% in the past four months, and Dermira stock has surged more than 230% in the same time frame.

Now, you’re clearly too late to the game for either of these opportunities (well, maybe not Eli Lilly, if you’re willing to wait for a bit of consolidation in the share price). But it’s not like Great Stuff didn’t warn you about missing out on biotechnology gains!

I know you don’t want to miss out anymore, but this isn’t a sector you should just blindly jump into without a guide. Someone who can help you cut through all the medical jargon and weird drug names. Someone who can identify a real opportunity before the Big Pharma guys move in and start buying everything up.

That someone is Banyan Hill expert Jeff Yastine.

Jeff has all the details on a $450 million biotech company that’s set to soar. And if you act quickly, you can get in on the ground floor … before the Big Pharma firms take notice.

Start your journey into the world of biotech on the right foot.

I don’t blame you. If I had a financial e-zine with a quick wit, a riveting sense of humor and top-notch research, I’d keep it quiet too.

Liven up their day — without Iranian influence. 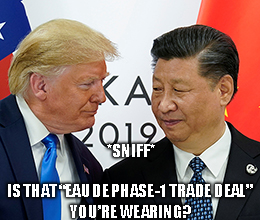