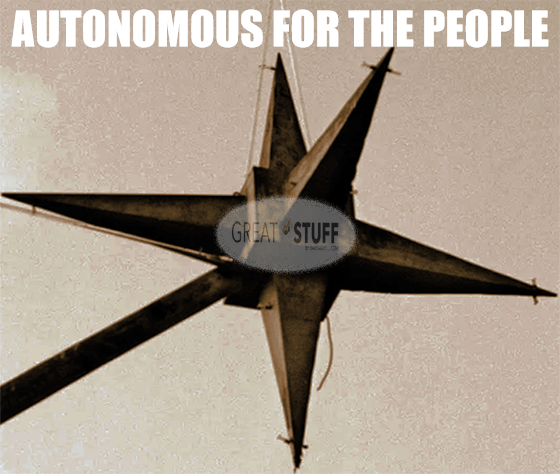 Hey, Great Ones, rock and roll. FedEx (NYSE: FDX) knows where it wants to go, baby.

What if semi-trucks did all the work? What if they drove around the clock?

In an appearance on CNBC’s Mad Money, Mr. Smith said that FedEx is making an “enormous effort” to start using autonomous semi-trucks by the end of 2022:

Our drivers are better for pickup and delivery of the long-distance vehicles.

Pretty much every shipping, trucking and logistics firm on the planet is making an “enormous effort” to implement autonomous vehicles as soon as possible.

I mean, the savings on labor costs is obvious. What’s more, many trucking and logistics firms have their own truck-driving schools to train up drivers. So, there are more overhead costs to deal with.

And those are just the surface costs. The actual savings for shipping companies would be just as “enormous” as the effort these companies are exerting to bring autonomous vehicles to the market.

In other words, this quip from Smith is nothing new. But it got me thinking about self-driving/autonomous vehicles again — and which companies you should probably invest in to take advantage of the coming seismic market shift.

Oh, autonomous vehicles are coming … and there isn’t much y’all can do about it. But can FedEx put such semi-trucks on the road by the end of 2022?

The Barron’s article quoting Fred Smith puts Tesla (Nasdaq: TSLA) front and center in the self-driving debate. After all, Tesla was the first to bring some semblance of “self-driving” to consumers.

But there remain quite a few hiccups in Tesla’s self-driving tech. For one, no Tesla is truly self-driving. And for two, Tesla doesn’t use one of the leading autonomous driving technologies: lidar.

In fact, Tesla CEO Elon Musk has famously called lidar a “crutch” and said that “anyone relying on lidar is doomed.” Which is interesting, since Tesla is reportedly testing lidar to solve its own self-driving issues.

Barron’s also highlights a company called TuSimple (Nasdaq: TSP), which is working specifically on autonomous semi-trucks and cloud systems to manage them once they’re on the road.

The concept is truly genius: Imagine being able to track every single one of your autonomous semi-trucks from your home office, including freight, destination and continued routes. It’s a logistics company’s dream. 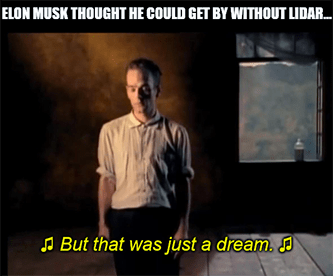 While I certainly love the idea of TuSimple, right now is probably not the best time to buy into a tech growth company with the way Wall Street is beating the living daylights out of any growth stock.

So, where would I, Mr. Great Stuff, invest to take advantage of the autonomous driving market?

Not only is Nvidia a leader in semiconductors used for self-driving tech such as lidar, it’s also a market leader in the AI used for autonomous driving chips. Nvidia really is the most important tech company on the face of the planet right now.

It’s why NVDA stock is in the Great Stuff Picks portfolio.

But I hear you. You want variety, not just “Buy Nvidia!” all the time.

If you’re looking for autonomous driving alternatives, there’s always Alphabet’s (Nasdaq: GOOG) Waymo, which many believe is the current leader in self-driving tech.

And if Google is too “evil” for you, there’s always General Motors’ (NYSE: GM) Cruise subsidiary — which GM just fully purchased from SoftBank last week.

• Nvidia is the best self-driving/AI company on the market.

• TuSimple has massive growth potential if you’ve got the risk tolerance.

The bottom line here is that you need to find some way to get your grubby mitts on a self-driving investment. The future is coming, and there’s money to be made from it.

But … maybe I ride, maybe you walk. Maybe you should consult somebody else, baby…

“Inhale The Future, Exhale The Pandemic Past”

Lululemon’s (Nasdaq: LULU) chakras were all in alignment this morning, and the proof is in the yoga pant peddler’s pudding — erm, I mean fourth-quarter earnings report.

The athleisure aficionado grew its net income to $434.5 million (or $3.36 per share) this quarter, handily beating analysts’ expectations for $3.27 per share. Same-store sales also soared 32% year over year.

While Lululemon noted supply chain constrictions have thrown its uber-chill business off balance lately, the company’s staying competitive by raising prices on 10% of its styles in the coming year.

It’s a bold move with inflation on the rise … but hey, maybe it’ll pay off for Lululemon.

Alibaba (NYSE: BABA) made headlines today after announcing a new $60 million investment in Nreal — a Chinese augmented reality (AR) glasses maker whose specs can project a “portable IMAX” theater-sized screen in front of its wearers.

I don’t know who needs to hear this (aside from Jack Denton, the writer of this article), but AR tech is NOT the same thing as the metaverse. The latter is a collection of 3D virtual worlds that will one day become interoperable. AR, rather, is a means to access a brave new digital universe … that isn’t actually part of the metaverse.

Don’t be fooled by today’s headline clickbait. Alibaba might’ve poured money into an up-and-coming AR company … but it didn’t sink squat into any real metaverse matters.

Thrown For A Loop

Wall Street is so over online furniture seller Wayfair (NYSE: W), and it shows. Loop Capital Analyst Laura Champine lowered her stock rating on the retailer from hold to sell while simultaneously cutting her price target from $95 to $90.

According to Champine: “Covid was a massive driver of pull-forward furniture demand” … and that demand has all but dried up in the absence of any stimulus checks (and the presence of rising inflation). Wayfair wobbled 6% lower following the downgrade.

In fact, BioNTech’s doing so well — how well did it do?! — that it announced a $1.5 billion share buyback plan that will play out over the next two years.

Personally, I’d prefer to see that money go toward more R&D … but it’s a mere drop in the bucket for booming BioNTech, which expects to make between $14.5 billion and $18.9 billion in COVID vaccines sales this year. BNTX climbed roughly 6% on the news.

They’re a far cry from Optimus Prime, but who’d have thought self-driving semi-trucks will soon be hurtling down the road with you?

Huh? Oh, I thought this was going in a different direction.

What? No, get your eyes off the gutter and back on the road … back to where the driverless trucks are a-roamin’.

I mean, investing in self-driving tech is one thing, but how do y’all actually feel about sharing the interstate with one of these autonomous semis? Does it give you the willies or do you welcome our new robot trucker overlords?

Are autonomous vehicles Autobots or Decepticons?

This ain’t all hypothetical, by the way. Today is Poll day, after all. So go on, click below and let me know:

Got another answer? Let me know in the inbox here! Looking for last week’s poll results? You’re in the right place!

Between the constant upgrades, downgrades, buy ratings, hold ratings and sell ratings coming from the analyst community, we wanted to know if you actually … well … care.

In other words: Do you pay attention to Wall Street analysts’ advice?

Only about 16% of you follow along the Wall Street rate-a-thon, while another 37.3% of you listen to more musical talking heads.

By and large, with 46.7% of the votes, the plurality of Great Ones — *cough Scott L. cough* — just do whatever the peeps here at Banyan Hill tell ya to. But I bet 100% of you would dig what my colleague Adam O’Dell just dug up:

It’s a sector that Adam calls x.AI. His research shows x.AI will explode faster than every other sector currently using AI. And right now there’s a little-known stock at the center of all the action.

O’Dell says this overlooked, small-cap stock is actually still trading for less than it costs to buy a tank of gas … giving everyday investors the chance to get in on the ground floor of what could become an $80 TRILLION industry over the next 10 years.

Click here to see the whole story and find out how Adam O’Dell plans to ride the BIGGEST profits AI has to offer over the next decade and beyond.

And that’s a wrap, Great Ones! Remember, if you have more thoughts to share, hit me with some Great Stuff of your own in the inbox.

GreatStuffToday@BanyanHill.com is where you can reach us best. You can also keep up with the action here: 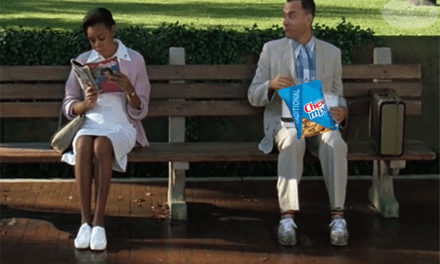 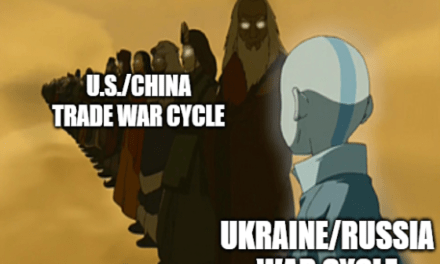