Home » Real Talk » The SEC Is Helping You Beat the Market?

The SEC Is Helping You Beat the Market? 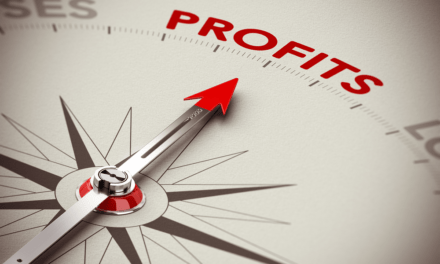 Most people have no idea it exists.

If they do know about it, they toss it aside.

But to me and Alex Green — The Oxford Club’s chief investment strategist — it’s gold.

The Securities and Exchange Commission (SEC) is actually helping investors level the playing field. And it’s all found in one form.

In fact, this SEC form has helped Alex double the return of the S&P 500 over a 20-year period.

Alex and I discuss all the details on how investors like you can profit from it in part two of the conversation. (If you missed part one, you can catch up here.)

You can hear our insights by clicking play below. And stay tuned for the final part of our interview in tomorrow’s Real Talk.

P.S. The form Alex and I discuss in today’s video is the foundation of his premium research service, Insider Alert.

And if you’re looking for a way to quickly and safely increase your wealth during the current market volatility … you’re going to like Insider Alert.

You can find out more details about it — and Alex’s special invitation to you — by clicking right here.

Charles Mizrahi: There’s something I want to talk to you about today that, looking through the research you offer, is really interesting to me.

We follow it in one small service that we have. But I want to talk more about it because you’ve been doing this for 20-plus years. And that’s your Insider Alert premium backend service.

From what I’m seeing, you follow inside buyers — people who are connected to the company. You don’t share with me what that is.

But what’s so astounding is that, over time — and it’s not a one- or five-year period but a 20-year period — you have doubled the returns of the S&P 500. That’s astounding.

Alex Green: Well, thank you, Charles. I will say that I’ve put in several hundred hours a year to do that. So, there was no small amount of work involved.

But you’re right. When the people who oversee a company have material nonpublic information about what the business is about to do — and what the future prospects of the business are — when they buy tens of millions of dollars’ worth of their own company’s stock at the current market price, they have a huge, unfair advantage when they go in the market to trade.

So, you really neglect to watch what they’re doing — to your detriment. Because they can lead you to some substantial profits.

And let me make this one point before we move on. The rewards are so great in today’s financial markets that you have to have some kind of an edge.

There are so many smart people with so many tools, people, technology and data. If you’re going to beat the market, you have to have an edge.

And what greater edge can there be than to invest alongside the guy who’s running the company.

You know he’s doing it. You know what price he paid and that you can buy it at the same price.

I just think that, intuitively, it resonates with people. I don’t have to look at some funky indicators that never made any sense to me from the beginning.

The insiders are buying the stock. Maybe I should be buying some, too.

Charles: Yeah. And what’s so amazing is that most people don’t have any idea about this. It’s all filed with the Securities Exchange Commission.

In a second, we’ll share what Form 4 is. But there are so many situations that give the investor the opportunity to buy shares at a cheaper price than the chairman, president or director did.

Because it’s out there. It says exactly what the guy or lady bought the stock for and how many shares they bought.

And you could just make a comparison and say: “The stock is trading at $25. These people bought it at $40. Boy, oh boy, I got a better deal than they did.”

Alex: Yeah, absolutely. And especially when we’re a tough market here in 2022.

Under ordinary circumstances, if the CEO buys $10 million worth, the stock is going to spike when that news comes out.

But in a down market, people don’t care. “Oh, he bought $10 million worth. Sell.” So, if anything, the opportunities are better right now than they usually are.

Charles: There’s this form. And I want you to share it with us and go more into detail. Because I’ve been following it for so many years.

When I first found out about the Form 4, I thought it was cheating. I said: “Wow, the government actually releases this in order to level the playing field?”

It’s just astounding that this Form 4 is out there. But A, most people never don’t even know about it. B, they never even read it. And C, when they do get it, they sometimes pooh-pooh it and throw it to the side.

Alex: Yeah, it is gold. And you hit the nail on the head, Charles. These people have an unfair advantage. And so, what did the government do to level the playing field?

That’s why we have insider trading laws. So, you can’t do that. Obviously, in a capitalistic society, you can’t tell the people who run a company that they can’t buy shares of their own company.

So, the compromise was that if they filed what the SEC calls a Form 4 — and you detail how many shares you bought on a [specific] date and at a [specific] price…

It has to be filed electronically within two days of the purchase. And I can tell you from watching these that most insiders file the same day.

So, the information becomes available to the general public. And then, you can act on this information.

Charles: Right. Because there are buys, and then there are BUYS. And there’s a difference between them — which we’ll get into in just a second.

But what people just don’t get, Alex, and you and I do — and it’s why we’ve been successful and doing this for so long — is that we realize that when we buy shares of a company … or pieces of a business … we’re passive investors.

As much as we think we know, we’re not running the business. We’re not standing at the cash register. We’re not in the boardroom. We are passive investors.

And the people who are running the business are the active investors. We’re investing alongside them.

So, as much as we think we know about a company, I don’t think there’s anyone who knows it better than the person who’s writing the check and making the major decisions.

Wouldn’t you agree with that?

Alex: Yeah. Well, how could they possibly know?

Even if you’re the smartest analyst at Goldman Sachs and looking at oil and gas companies, you still don’t know what’s happening inside the company because it [gives] limited information.

It’s material, nonpublic information. And that’s the kind of information that the officers and directors have — which we can get into in a minute.

But these people have access to information that those of us on the outside looking in couldn’t possibly have. And so, their insights have got to be better.

Of course, as you would expect, there are dozens of academic studies that show that stocks that have been under heavy accumulation by insiders tend to outperform the market in the months ahead. And for obvious reasons.

Charles: Yeah, that makes all the sense in the world. If a big deal is coming — or if the company’s finances are better than Wall Street is giving it credit for — and you’re the CEO, director or beneficial owner, you’re going to take a huge position in that company.

It’s like shooting fish in a barrel with the water drained out. But here’s the thing: The playing field is level because they have to file this form.

And many people don’t even need to look at Form 4. And that’s what your service does. That’s what Insider Alert does. Am I right in saying that?

Alex: Exactly. I’m actually looking at all the Form 4s and trying to narrow it down to a handful of the biggest buys by the most knowledgeable people with the best track record.

And there are other indicators that I look at, but I’m trying to just hand the best of the best of what I see out there over to my readers so that they can capitalize on it, too.

Only One Reason to Buy

Charles: Great. So, let me just set the stage.

Every day, a Form 4 is filed for some company. Some individuals bought shares and now have to disclose it.

There’s a huge amount. It’s like a fire hydrant of information coming in. It comes in total force.

You sift through the Form 4s and figure out the companies that make sense — the buys. Meaning, if a CEO, chairman of the board and a director buy — which you call “cluster buys” — you see the price right there.

And then, you do your due diligence and say: “Wow, I want to jump on this train.”

There’s a little bit of due diligence involved. But you have the essence of it.

The people [who are] running the company see the register receipts every day — whether they’re selling products or services. They see the sales coming in. They see the contracts being signed. They know who’s being hired.

If you’re a small company, and you just took on IBM or ExxonMobil as a new customer, that could be a complete game-changer. They know the status of litigation against the company.

Remember the movie Wall Street? Charlie Sheen’s character actually fed Gordon Gekko — who was Michael Douglas’ character — information that had not been released.

But when you’re an insider with this information, and you file with a Form 4 stating that you are buying shares at this price, then you don’t have any liability. That’s not illegal — nor should it be in a free-market society. Because everybody gets the same chance to know.

You don’t often know what the insider knows at the time that he buys it. Later on, you find: “Oh, they beat Wall Street’s consensus estimate by 40%.” Or, “Oh, they got this great new product launch, and we didn’t know it was coming.”

But the very fact that they’re buying tells you. Because there are lots of reasons that someone might sell a stock.

But there’s no reason that they would buy a stock except that, with all the information they have — including material, nonpublic information — they think it’s selling for less than it’s worth.

Charles: Right. There are many reasons to sell a stock. There’s only one reason to buy. And that’s because you think it’s going higher. It’s that simple. 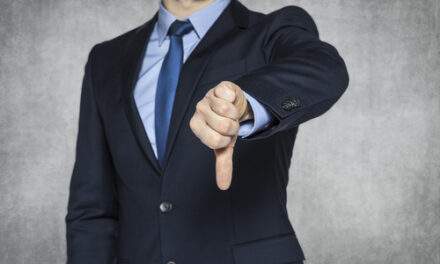