Semiconductor Manufacturing Is Headed Back to Uncle Sam 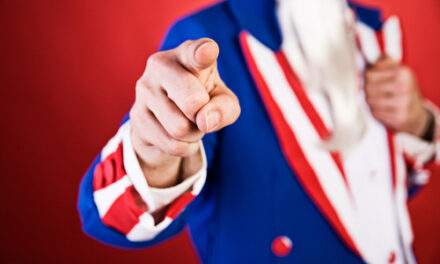 Back in January 2020, “coronavirus” was nothing but a word for most Americans.It dominated the headlines, but it hadn’t yet hit the market or our everyday lives. Few understood that there was much more to the pandemic than we were hearing.But I was one of them.As a guest on Fox Business, I commented: “The bigger story here that people have to think about is […] what is the impact of the coronavirus? I really don’t think we’ve seen this fully play out yet.”Less than two months later, my words (unfortunately) proved all too true.The U.S. shut down. The stock market tanked in one of the fastest crashes ever. The global supply chain ground to a halt. And everyone was suddenly cooped up in their homes, afraid to even shop for groceries.Now almost three years later, we’d all like to think that the worst effects of the COVID pandemic are behind us. But the truth is, it will remain with us for a long time to come.One of the biggest casualties was the global supply chain. The disruption was so severe, we’re now starting to see a silent war take shape.It’s between two of the biggest countries in the world — and they’re fighting it out over a new “commodity” that I consider more valuable than gold, oil or any other hard asset class on the planet.In fact, one major world power exports more of this product than oil — which is the No. 1 exporting industry in the world — even though the product barely existed just four decades ago…But that’s about to change, and early investors stand to make a fortune as this plays out…

The new top commodity I’m talking about is semiconductor chips.“Ian,” you might be thinking, “There’s no way that semiconductor chips are more important to the economy than oil.”That might have been the case 20 years ago. But it’s not true anymore. Chips are in everything.I’m sure you know they’re in your smartphone and laptop…But these days, they’ve become essential components of vehicles, home appliances, thermostats … almost anything that uses electricity.It’s not just in America. The entire world is addicted to technology — and the semiconductors that power it.That’s why, when the pandemic came about, semiconductor manufacturing got devastated … and prices for electronics got out of whack.Remember when you could sell your used car back to the dealer for more than you bought it? That wasn’t just because of supply chain issues. It was also because the semiconductor in your car became its most important component.It’s no wonder when you consider how chips are made…Chips are not a one-stop shop of manufacturing. It takes a lot of companies, controlling specific tools, working together to create a single semiconductor. It’s amazing we haven’t seen this crisis before, frankly.All told, there are 50 different points of failure for semiconductors! And if just one part shuts down, it all grinds to a halt. That’s why, in late 2021, lead times had buyers waiting 17 weeks for orders. By April of this year, that wait time jumped another 50%.These delays are costing businesses billions in lost profits…And the worst part? This all could’ve been avoided.Had the pandemic hit back in the ‘90s, when the U.S. and Europe accounted for 80% of semiconductor production, we would have been in much better shape.But right now? We’re only making 20% of the world’s chips.That’s because we spent decades offshoring production, as the world became more globalized. It was cheaper to produce goods in remote areas of the world than at home.This led to the rise of emerging markets like Brazil, Russia, India, China — the so-called BRICs. They had amazing decades of growth.The biggest beneficiary, though, was China. Because Chinese labor was so cheap and the government subsidized production by building new plants, it could manufacture everything from consumer goods to tech devices.Right now, China is technically the single-biggest semiconductor manufacturer in the world. (The U.S. is fifth on the list.) 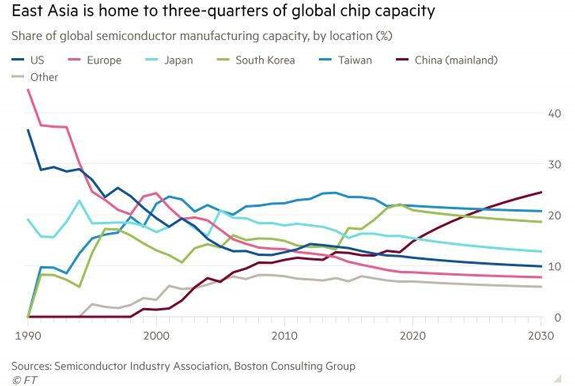 Talk about a dangerous dependency.But America is finally getting fed up with this … and the pendulum is starting to swing away from globalization.Uncle Sam is racing to fire China, and become the center of semiconductor manufacturing once again…

The Age of Globalization Is Over

Throughout the past four decades, the U.S. has had a cooperative relationship with China. But now the tide is turning.Back in August, President Biden signed the CHIPS Act into law. It pledged $52 billion in capital to build semiconductor foundries in the U.S.Other major semiconductor companies are fast-tracking projects around the U.S.:

This trend isn’t just in America.Even Taiwan is looking to diversify its chip production. (Just in case China should get any ideas about invading…)As a result, the Taiwan Semiconductor Manufacturing Company (TSMC) is increasing its investment from one $12 billion plant to $40 billion stretched across two plants. (Since TSMC is worth about $400 billion, this is a sizable chunk of change.)Little by little, countries are looking to get some of their eggs out of China’s basket. It’s a trend known, fittingly, as “deglobalization.”And it’s set to gain steam, since we all know what happens when a crisis hits and our supply chain rests in the hands of another country…

Companies around the world are doing everything they can to prevent this from happening again.And with China’s current “Zero COVID” policy disrupting its own manufacturing, it’s a no-brainer to pull it back home.We’re already seeing early evidence of this trend. The “Factory of the World” has lost market share in consumer goods in several top categories for the past six years. 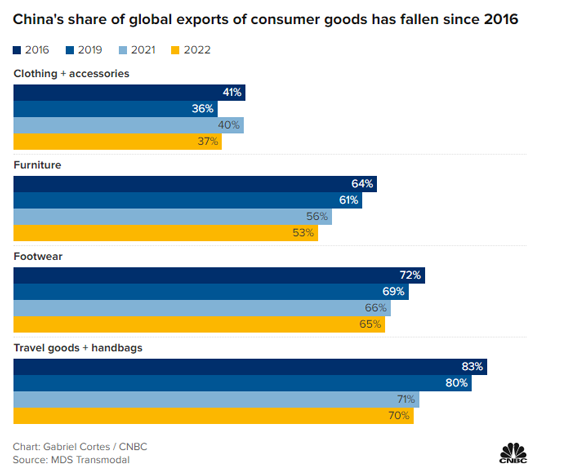 Supply chain leaders around the world are starting to look for alternatives, too.McKinsey & Company surveyed 113 supply chain leaders worldwide, who represented organizations from a broad range of industries. In the results, 44% of respondents — up from 25% last year — say they are developing regional line supply networks. 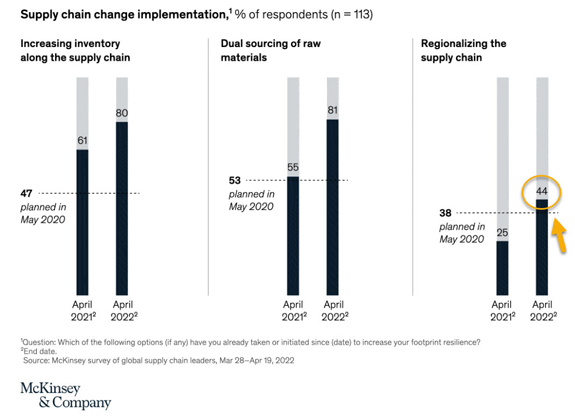 Now, deglobalization won’t happen overnight. In fact, I expect it will be at least 10 years before our “Made in America” chips catch up with those made in China and Taiwan.But it’s a start. And it’s about to create an investor’s dream opportunity.You see, the desire to bring our manufacturing home — away from countries that don’t particularly like us — is about to revolutionize the world.It’s a trend known as Industry 4.0 (short for the Fourth Industrial Revolution).Think…

Basically, any type of tech that involves getting more production out of fewer workers.Think about how exciting this is! We could be in the front seats of a production renaissance in America. When manufacturing comes home — and the profits along with it.It’s a huge prospect. This collective market was valued at $101 billion in 2020 — but it’s set to boom all the way up to $337 billion by 2028.I’ve already positioned readers of my Strategic Fortunes service to be ready.That’s why, in February, I recommended they buy a semiconductor company that’s up 20% over a volatile year…A real estate logistics company in November…And a manufacturing services superstar in December…If you’d like to learn how you can join my Strategic Fortunes team as we head into a brand-new Industrial Age, click here.

Firing China: What Do You Think?

But that’s enough from me today — I want to hear from you, Banyan Nation.What do you think about Uncle Sam firing China?Is it time that the bully gets bullied, and we head back to “Made in America”?Send your thoughts to BanyanEdge@BanyanHill.com.I look forward to hearing what you have to say!Regards,

Charles’ Note: The pandemic brought us no shortage of sea-change trends, just like Ian describes here.And another trend at the top of our mind here at Banyan Hill is the disruption in the energy markets… Though, not the disruption you may be thinking.While many called for the “Death of Oil” as prices went negative in 2020, energy has proven to be the standout performer this year.My colleague Adam O’Dell thinks we’re just at the start of what could be a long, powerful bull market in this sector. And he’s set to reveal a stock that he believes could rise 100% in 100 days as the trend continues.For more details, including how you can get the ticker straight from Adam, go here now. 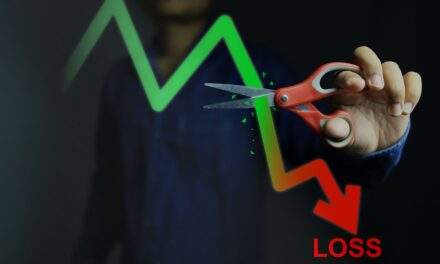