The Secret About Bear Markets 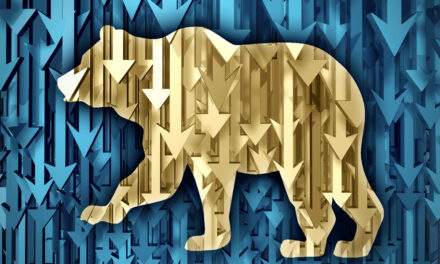 He worked for the New York state agency that regulated insurance companies.

Because of accounting rules, the stock prices were trading way below the underlying worth of the businesses.

So, in 1948, Davis quit his job and bought a brokerage company.

And over the next few decades, he made a fortune…

But his net worth didn’t ride to $900 million without a few bumps along the way.

Like every investor, he had to deal with bear markets.

Here’s what Davis didn’t do: panic when stock prices dropped.

Like many legendary investors, he realized that bear markets are opportunities to buy great companies at bargain prices.

Davis realized: “You’ll make most of your money from [bear markets]. You just won’t realize it until much later.”

For example, during the 2008 financial crisis, world-class companies were on the discount rack.

Microsoft, Texas Instruments and Northrop Grumman were all trading at bargain prices.

Since then, Microsoft is up 20X, Texas Instruments is up 15X and Northrop is up 13X.

I know it might sound like I have this mixed up with a bull market … but I don’t.

Because the time you want to be a buyer is when Mr. Market gets it wrong and marks down stocks.

And there’s no time better than bear markets for underpriced stocks.

Keep in mind, every bear market is followed by all-time highs again. No one ever got rich selling America short.

So, now’s the time for intelligent investors to build their portfolios. In fact, this current bear market could be one of the greatest wealth creators of our generation.

And knowing what to invest in now could have the biggest impact on the size of your brokerage account in the next five years.

That’s why I went live earlier today to give it to you straight.

I showed where we are in the current bear market cycle … but more importantly, I shared what stocks to invest in to smoke the indexes.

So, you have to see the presentation I gave this afternoon. Once you do, you’ll never look at market downturns the same way again.

So, you have to see the presentation I gave this afternoon. Once you do, you’ll never look at market downturns the same way again.

I guarantee it’ll knock your socks off. Click here to watch it now.

These Losing Stocks Will Keep Losing