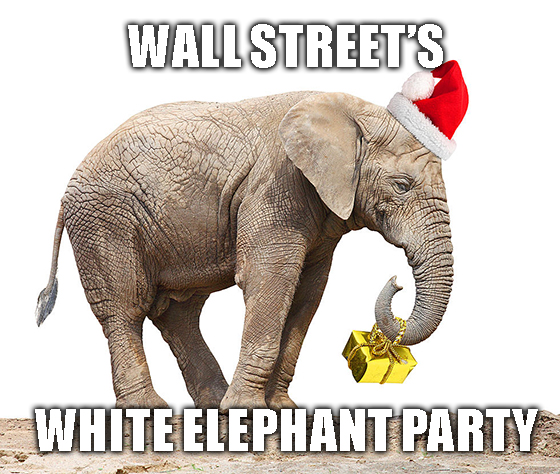 Santa Claus has been good to the market this year.

Well … at least until today. We’re on day four of the so-called Santa Claus rally — the five-day rally at the end of every year — and investors are “regifting.” By all measures, today is Wall Street’s white elephant party.

What in the world are you talking about, Mr. Great Stuff?

Records are all fine and dandy, but they mean little if you can’t take some of those profits to the bank. So, why not take some profit off the table?

Why does low volume matter?

With fewer market participants, small market moves become exaggerated — both to the upside and to the downside. It’s one of the key drivers behind the Santa Claus rally, after all.

What we’re looking at today is a combination of profit-taking and portfolio repositioning. We’re closing out not only a year, but also a decade. Traders of all stripes are positioning themselves for the best possible returns and portfolio performance.

In short, don’t take today’s (or tomorrow’s) market activity too seriously. It’s not an indication of any broader market trend, nor does it give you any hints on where stocks will go in 2020.

What you want to do right now is what everyone else in the market is doing: Position your investments for next year.

Tomorrow, Great Stuff will give you what we believe are the four best stocks to own for 2020 (and beyond).

But for now, we’re going to steal a page out of the Bold Profits team’s playbook by identifying six mega trends that you should already be investing in:

These six mega trends are the way of the future … one where everything is digitally connected via the IoT, encrypted with blockchain and driven by AI.

These core technologies will push biotechnology to even greater heights and increase investment in new, more sustainable energy tech. And all of these opportunities ride on the investment dollars and the initiative of the biggest generation since the baby boomers: millennials.

Wall Street’s “white elephant party” today provides you with an excellent opportunity to load up on these mega trends.

Now, I know from your reader feedback that many Great Stuff readers are already on the fast track to investing in these six massive mega trends. Kudos to you!

However, if you’re not sure where to start learning about these trends, now’s your chance to get started with the excellent research that only Paul and his Bold Profits team can provide.

Nio blamed the losses on a soft second half of 2019 due to the removal of Chinese EV subsidies. At this point, that doesn’t matter much. The company only has a reported $274.3 million in cash on hand — well short of what Nio needs to continue operating through the year.

Nio addressed the issue with investors, stating that it’s working to obtain debt financing, but that these projects were “subject to certain uncertainties.”

Certain uncertainties? I’m pretty sure that’s the definition of an oxymoron right there … either that, or Nio is paraphrasing Rush: “He knows changes aren’t permanent, but change is.”

Regardless, Nio’s third-quarter earnings were nowhere near as bad as Wall Street expected. As a result, the stock is up a whopping 69% today. 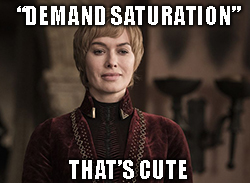 Speaking of Chinese EVs, the first Shanghai-built Tesla Model 3 just rolled off the assembly line — much earlier than expected.

Alongside the lowered estimate, Osborne wrote this to clients:

Excluding the Netherlands and China, we expect Model 3 deliveries to be down 9% quarter over quarter and 7% year over year in the fourth quarter, which highlights the demand saturation we are seeing across most mature markets as we shift from pent-up demand to steady flow demand.

Wait … demand saturation? Isn’t high demand a good thing? What Osborne is essentially saying here is that there’s nothing new in the EV market to drive additional demand. Anyone who follows Tesla knows that this simply isn’t true. The company constantly updates new models and software features for existing models.

Honestly, it’s a weird statement from Cowen … especially since it raised its fourth-quarter delivery estimates in the same … exact … note to clients. If you’re bearish on Tesla, be bearish. There are plenty of reasons out there. But demand saturation isn’t one of them. 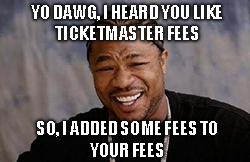 Up until December, you basically had two options for buying tickets to literally any event: Ticketmaster and Live Nation Entertainment Inc. (NYSE: LYV). However, the U.S. Department of Justice (DOJ) approved the merger between these two earlier this month. And now there’s just one source for tickets.

Oh sure, the DOJ is asking federal courts to keep harsh competition conditions in place for longer than they had originally agreed to. The rules are designed to keep Live Nation and Ticketmaster from punishing venues that use other ticket vendors.

But — and this is the good part — the DOJ is asking for the extension of these harsher conditions because Ticketmaster broke them in the past.

So, clearly, the rules worked, and a Ticketmaster/Live Nation tie-up will be a wholesome and not-at-all-exploitative company from which to buy event tickets.

And if you believe that … I’ve got some oceanfront property in Arizona to sell you.

This week, Live Nation CEO Michael Rapino and President Joe Berchtold said that concert tickets were an “incredible bargain” and a “huge opportunity for our bottom line.” In other words, those $100+ tickets you bought this year were a steal!

Prices are going up, and Live Nation will reap the benefits … not your favorite artist, and certainly not your wallet.

DOJ, you had one job. One. Job. And you failed.

Wait … I’m not done yet with this whole Live Nation BS.

I see a fair amount of concerts per year — probably more than the average. With my kids getting old enough to enjoy concerts now, my costs are going up anyway. There are few joys in this world better than watching my kids enjoy a concert — especially since their music tastes line up with mine so well.

In the absence of the Live Nation monopoly (let’s be honest and call it what it is), ticket prices for top-100 tour tickets in the U.S. have risen 250% since 1996. The chart below shows how prices have risen 20% in just the past five years: 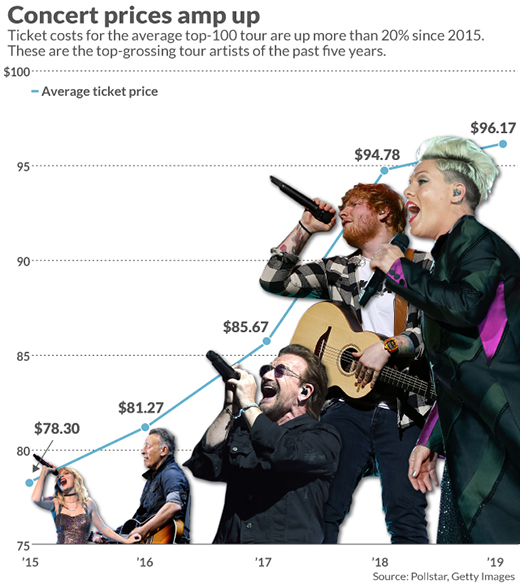 Are you ready for all the “New year, new me!” posts on social media?

I see these posts every year, and they always come from the same people. Some things never change, do they?

This isn’t always a bad thing, though. Take the January Barometer, for instance.

The January Barometer is a market indicator that basically says: “As January goes, so does the year.”

According to Banyan Hill expert Chad Shoop, editor of Automatic Profits Alert: “It’s the catchy saying to remember the January Barometer. Its insight is simple. The direction that January takes predicts how the S&P 500 Index will do throughout the rest of the year.”

As with all market indicators, it’s not 100% accurate. If there were such a thing, we’d all be out of work, right?

But the January Barometer is on the mark often enough that it’s endured the test of time. In fact, since 1938, the indicator has a 70% accuracy rating.

And, if you find yourself jonesing for more of Chad’s excellent market insight, why not sign up for Automatic Profits Alert today? 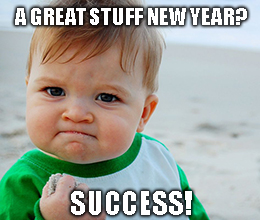