One of the experts at the conference is my good friend Dr. Steve Sjuggerud. He’s admittedly not a typical natural resource investor. Instead, he finds value in stocks that are cheap, hated … and in an uptrend.

That’s shorthand for sectors that are poised for big rallies.

Steve isn’t the only one excited about this metal. Ivanhoe Mines CEO Robert Friedland also discussed its importance.

Platinum production is down, particularly from mines, as you can see below: 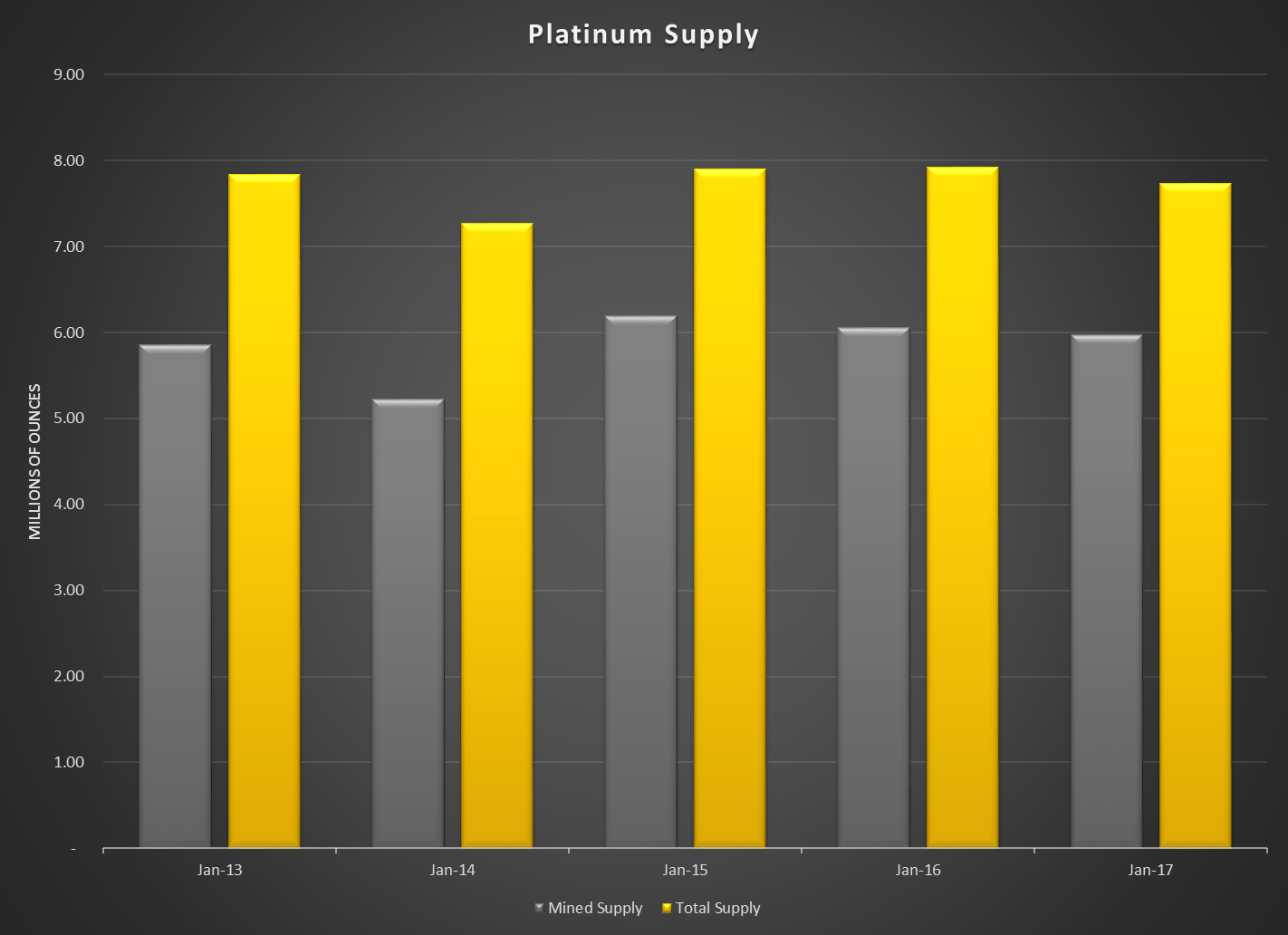 The demand for this metal has exceeded supply since 2013. Supply is down again this year. However, the price of platinum hasn’t responded the way we expect it to … yet.

Platinum is so out of favor with investors that it hit a significant marker in sentiment. According to sentiment tracker SentimenTrader.com, platinum is a buy based on its sentiment indicator.

That was exactly what Steve said in his talk: It’s time to buy platinum.

A “Must Buy” Metal

This is an idea that I told you about in my June 6 essay, “This Metal Is (Almost) Worth Its Weight in Gold.”

As I told you then:

The problem is that platinum’s supply is dwindling, while gold is not. Platinum can be recovered from industrial processes by recycling … but it isn’t 100% effective, so we’re losing platinum every year.

I’m not the only one to notice this trend. As I said, two highly respected analysts put it on their “must buy” lists this week at the conference.

This publicly traded vehicle actually holds the physical metal. It lists the serial numbers of the bars on its website. (How cool is that?) Even better for us, we can buy the trust at a discount to the value of the metal it owns.

While there are other ETFs out there, this is the best in class.

This Unloved Metal Is Starting to Climb in Price