This Metal Is (Almost) Worth Its Weight in Gold

I am a huge fan of platinum. I own it in my retirement account, and I own bullion. Heck, even my wedding ring is platinum.

For years, platinum’s story is one of scarcity. It mainly comes from ultra-deep mines in South Africa, where the conditions are horrible. It’s a critical industrial metal as well as a valued precious metal.

Supply is running out … but the market doesn’t care. Platinum has lost ground to gold consistently since 2008, as you can see in the chart below: 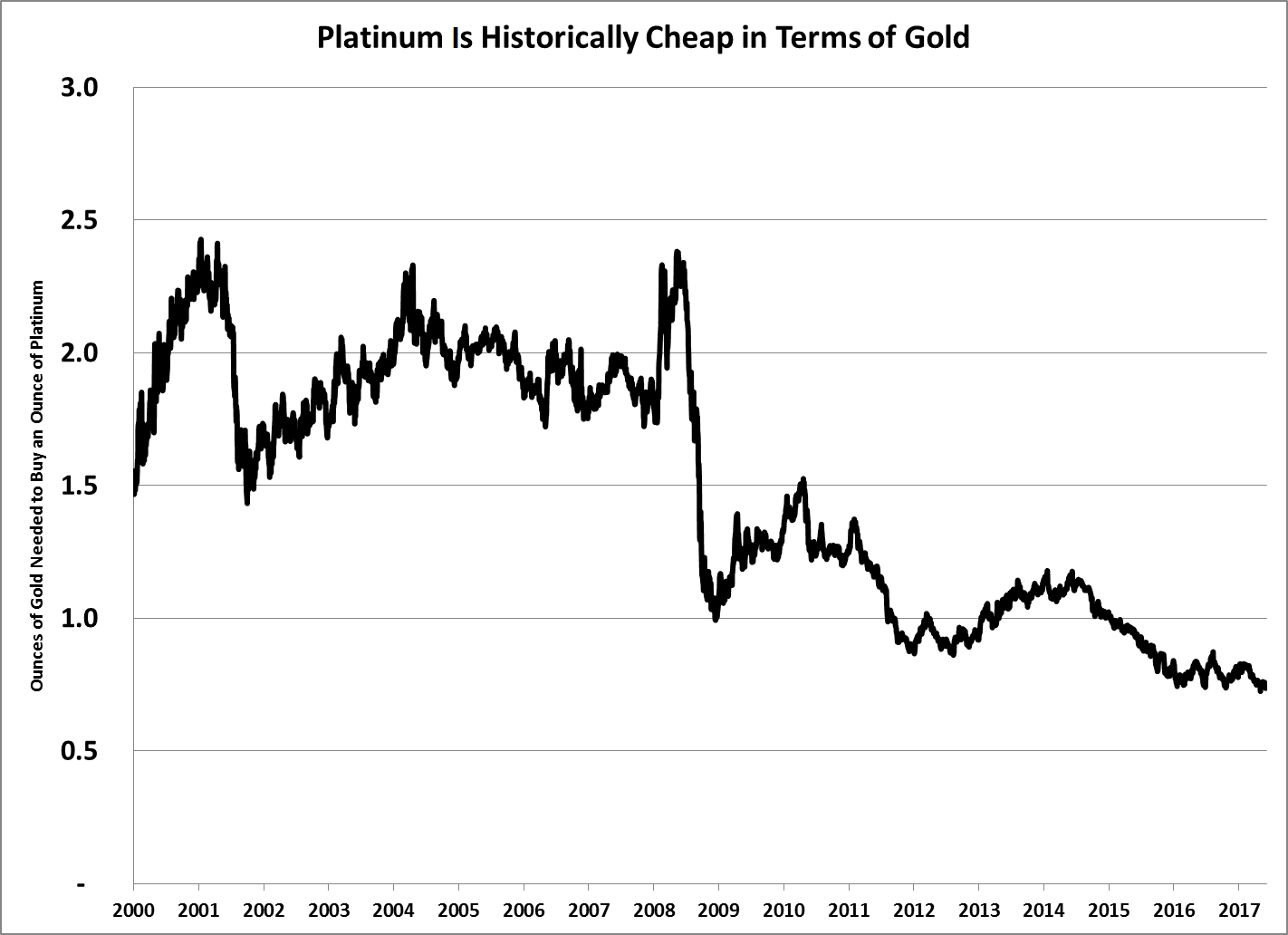 The problem is that platinum’s supply is dwindling, while gold is not. Platinum can be recovered from industrial processes by recycling … but it isn’t 100% effective, so we’re losing platinum every year.

This is a trend to watch because it’s a historical anomaly. We’re approaching an extreme. When this trend turns and platinum prices begin to climb, we could make huge gains … but it hasn’t happened yet.

Digging Through the Mailbag

This Metal Outperformed Gold and Silver by 300%