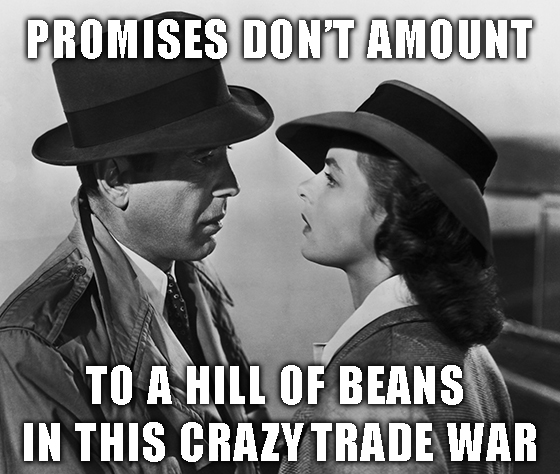 A Hill of Beans

Of all the financial newsletters in all the towns in all the world … the “people familiar with the talks” had to walk into mine.

You know how those “people” said that a trade deal would happen before the deadline for new Chinese tariffs on December 15? About that … we’re apparently kicking the can down the road once more.

According to a report in The Wall Street Journal, the U.S. and China are “laying the groundwork” to delay this Sunday’s tariff increase. Part of the delay, the Journal says, is getting China to agree to considerable purchases of U.S. farm products (i.e., soybeans) — a key point President Trump has harped on for some time, though it’s not why the trade war started in the first place.

While the two sides are still reportedly haggling over the finer points of a very close trade deal — you wouldn’t believe how close — White House economic adviser Larry Kudlow said that there are “no arbitrary deadlines” in the trade talks.

I’ll take that as shorthand that December 15 isn’t a deadline for an agreement.

The market sees it that way as well. After yesterday’s pause in the action, stocks are rallying once again on temporary good news.

I get it, I get it. Things change. This is a negotiation, after all. It’s just that … we’ve heard this all before.

The actors are the same. The words are the same. We’re “very close” to a trade deal for, what, like the 14th time this year? How many times have we delayed tariffs, only to have them ratcheted up when things go south?

So far, we’ve only heard from President Trump’s advisers. We have yet to hear from Trump himself on the current trade deal’s prospects or the reported delay of this weekend’s new tariffs.

What’s more, the issues at the heart of the U.S.-China trade war — Chinese subsidies for domestic companies, technology transfer, intellectual property protections — aren’t even included in the talks for a “phase 1” deal, according to the Journal.

As it stands, though, the markets will be happy with a deal … any deal that eases tariff pressures on U.S.-China relations. Right now, such a deal is tied directly to Chinese agricultural purchases, which China has tied to tariff rollbacks.

Once again, we’re in “wait and see” mode. All the bluster has been taken out of this week’s manufactured urgency for a trade deal. We’re kicking the can down the road once more.

In the end, it would be nice if a U.S. trade deal amounted to more than just a hill of beans.

The Good: Breaking out of the Zone 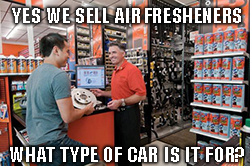 Earnings arrived at $14.30 per share, blowing past Wall Street’s target of $13.70 per share. Revenue rose to $2.79 billion, also besting the consensus estimate. Finally, same-store sales completed the trifecta, rising 3.4% and towering over expectations for a gain of just 2.5%.

As a result, AZO investors stepped on the gas today. The stock broke out to fresh all-time highs, eclipsing former resistance at $1,200.

That said, investors probably shouldn’t chase AZO today. The stock is sure to consolidate these gains in the coming week. If you’re looking to add AZO to your portfolio, look for a test of support in the $1,230 to $1,220 area before jumping in. 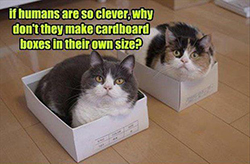 Last week, I bought my cat Kylo a new cat tower. It’s covered in carpet and dangly toys, and it has a nice comfy hammock for him to sleep in.

Kylo, however, sleeps in the cardboard box the cat tower came in.

It has all the bells and whistles that pet owners love, but investors still prefer that big brown box with the smile on the side (you know the retailer).

I don’t blame them … I got Kylo’s cat tower from Amazon.com Inc. (Nasdaq: AMZN), not Chewy.

This morning, Chewy proved that it’s still hanging in there … barely. Earnings for the third quarter came in at a loss of $0.20 per share, whiffing expectations by $0.04. Revenue was a better-than-expected $1.23 billion … but only by about $30 million.

The biggest problem for the company remains customers like me, who are already set in their ways with where and how they shop. For me, Amazon beats Chewy on price, and local pet shops beat both on loyalty. It’ll be interesting to see if Chewy can overcome these hurdles down the road. 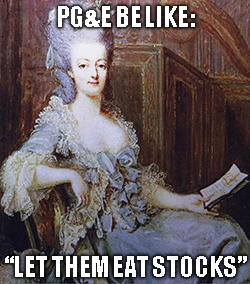 Yesterday I wrote about PG&E Corp. (NYSE: PCG) and how the company might finally put the 2017 and 2018 California wildfires behind it.

In my research for Great Stuff, I typically avoid linking to paid or paywall-restricted news sites such as The Wall Street Journal.

It’s easier for you to read these articles if there are no paywalls.

However, in doing so, I overlooked a key piece of information in PG&E’s $13.5 billion settlement with wildfire victims.

I am rectifying that oversight today and issuing a warning on PCG stock. Digging into a report by the Journal, I noticed a key part of the settlement agreement: “PG&E will pay half of the $13.5 billion in cash and half in stock…”

Did you catch that? “Half in stock.” There are two things wrong with this:

Think about that last one long and hard. These people need money to get their lives going again. PG&E is handing them $6.75 billion in PCG stock. That’s more than the company’s current market cap of $5.91 billion.

So, where will those compensation shares come from? Out of thin air. Rather, the current PG&E shares will disappear when the company comes out of bankruptcy, and new ones will be issued in their place. The new company’s value will be determined by the bankruptcy experts handling PG&E’s case, and you can bet that valuation will be big enough to cover this settlement and then some.

But what then? The survivors have these shiny new PG&E shares, but what they need is cash … so they’ll sell. They’ll sell nearly all $6.75 billion of those shares when they get a chance. Some will be financially stable enough to hold, but how long will they hold once the selling starts?

In the end, PG&E may nearly be out of the woods on lawsuits and bankruptcy, but investors holding PCG stock are going to be left with the bill.

The Banyan Hill experts were buzzing this morning. What got them all riled up?

An article in Bloomberg about EBITDA, or earnings before interest, taxes, depreciation and amortization. EBITDA is a creative accounting method. While it isn’t a generally accepted way of reporting financial results, that doesn’t stop companies from using it — especially when it comes to securing corporate loans.

The Bloomberg article takes aim at this practice, raising alarms that it could spark the next economic slump. So, how did Banyan Hill’s experts feel?

Charles Mizrahi, editor of Alpha Investor Report, had this to say:

I never look at EBITDA and think I’m looking at real numbers.

For years I thought I was the only one who didn’t take EBITDA seriously.

That all changed when I heard what Charlie Munger, Warren Buffett’s partner, said about it:

“I think that, every time you see the word EBITDA, you should substitute the word ‘bullshit’ earnings.”

I guess that would make the word E-BS-ITDA?

Charles is a no-nonsense guy who looks at investing with the real world in mind … not the one Wall Street’s talking heads try to sell you. This is the kind of “everyman” investing research that you need right now in this questionable market.

Click here to find out how to get started with Charles’ research today!

It’s time to write to Santa — er, Great Stuff. Forgive me, it’s starting to look North Pole-esque near me this week.

I’ll get the festivities started for you:

I truly, madly, deeply look forward to hearing from you. (Whoa there, Great Stuff, slow down a bit!) And you can look forward to what your partners in crime write in this Thursday. 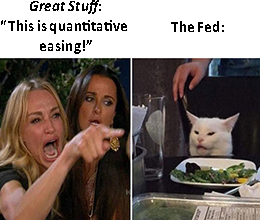 Will Netflix Bow to Baby Yoda?