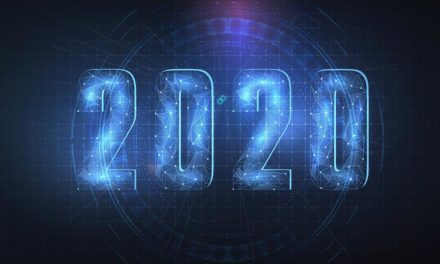 It’s that time again — time for my investment predictions for the new year.

It pays to be a contrarian. That’s because you’re buying when the assets are cheaper — and so, the payoff is much bigger.

I try to never forget the words of legendary investor Warren Buffett, whom I’ve interviewed a few times in my financial correspondent days: “Be greedy when others are fearful.”

It’s certainly paid off for subscribers to my Total Wealth Insider newsletter with our stock recommendations over the past year.

And I hope it paid off for you if you read my advice at this time a year ago.

The S&P 500 Index fell 19% on its way to its worst December performance since 1931. Plenty of pundits had turned bearish, convinced a recession was around the corner.

Prediction No. 1: Don’t Fear the Bear

Just like in late 2018, there’s no shortage of bearish predictions out there.

According to a recent UBS Global Wealth Management survey of 3,400 of the world’s wealthiest individual investors, most are still so scared of the stock market that they have a quarter of their assets in cash. More than half expect “a significant drop” in 2020.

Or look at what happened to the former “unicorns” — Lyft, Uber, Beyond Meat and others — once hailed as the market’s next big growth stocks. Instead of soaring in value after their initial public offerings, most crashed and burned.

That might seem confounding to some. But to me, it demonstrates there’s still plenty of skepticism and rationality out there. Investors haven’t thrown caution to the wind.

In my opinion, we’ll have a correction or two — but no bear market.

Those happen when investors become too exuberant. That’s hardly the case today.

Like a farmer planting wheat on a plot of land one season and switching to soybeans the next, I expect 2020 to be a year of rotation.

Investors will stop chasing the overly popular growth stocks of recent years and transition into ones with better dollar-for-dollar value.

The change has been evident since the middle of this year.

The exchange-traded fund (ETF) representing value stocks, the iShares S&P 500 Value ETF (NYSE: IVE), is up more than 10% since June. Meanwhile, the ETF of the index’s growth stocks is up roughly half that much. 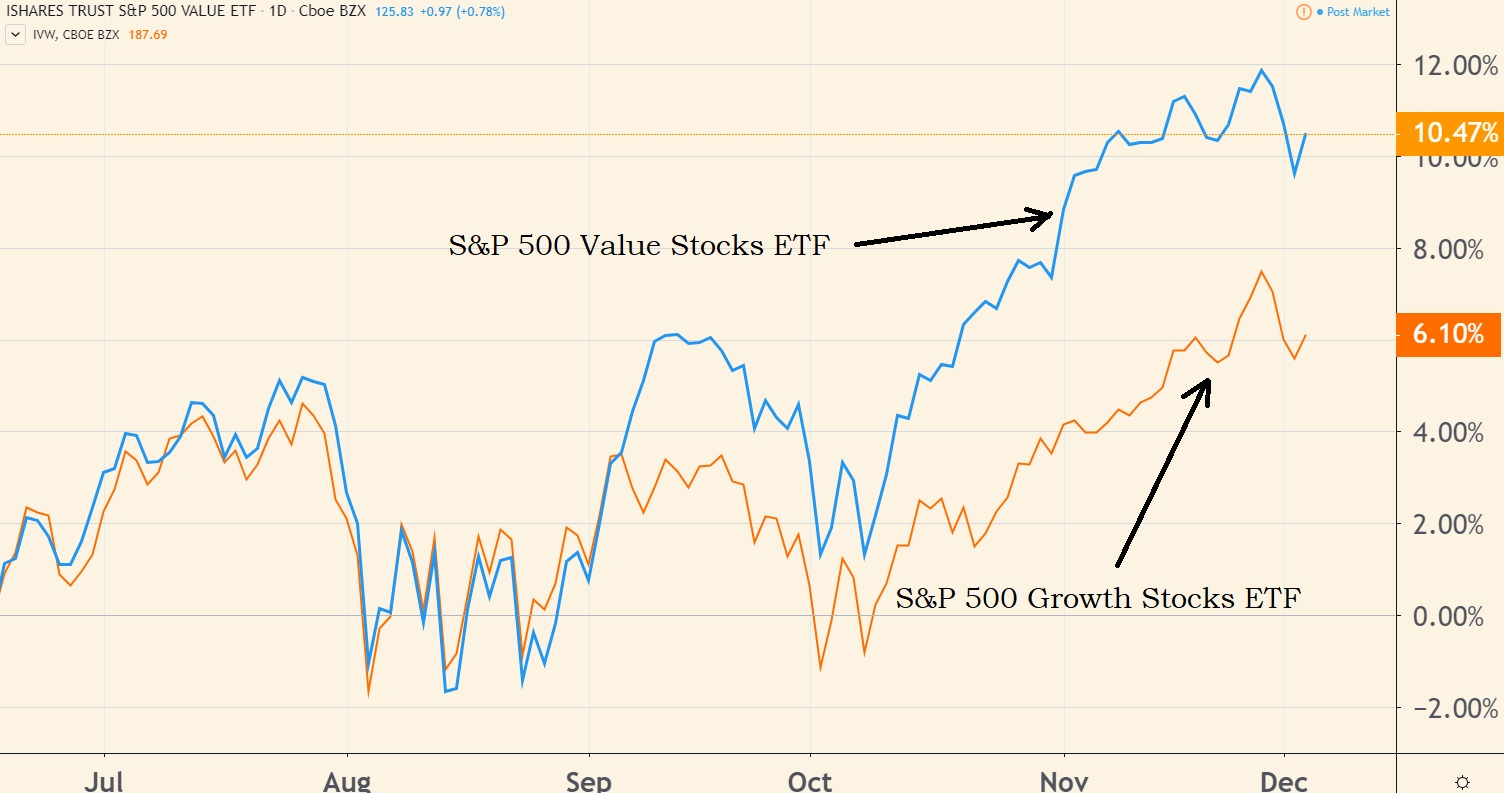 Growth stocks and value stocks tend to lead the market for years at a time. Growth led the way higher during the 1990s. Value took over through the first decade of the new century.

Growth has led the way higher again ever since the market bottomed in 2009. It’s time for another switch in leadership.

While information technology stocks in the S&P 500 are up roughly 28% for the year (read on to the next section — that’s where your overpriced stocks are), there are plenty of sectors that could take on new market leadership.

For instance, important sectors such as banking, consumer staples and health care are up 10% or less.

Even though the price of oil remains nearly 40% above its lows of a year ago, energy stocks are down more than 11% on average. And that’s despite a still-growing U.S. economy, strong wage gains and an unemployment rate at its lowest levels in 50 years.

With 2020 being a year of rotation, I think Apple and Microsoft will make terrific short sales for 2020. I expect both to fall 30% in price.

There’s nothing intrinsically wrong with either company. Both have competent leaders and good products. But both companies’ stocks are overvalued and destined to fall.

There are many different ways to measure value. One simple method is calculating a stock’s price-to-earnings (P/E) ratio. We divide the stock price by its annual earnings per share.

In Apple’s case, it trades for a P/E ratio of 20 — its highest valuation of the decade.

Microsoft’s investors are perfectly happy paying a P/E ratio of 26 to own the company’s shares — the stock’s highest valuation since 2003.

There’s nothing wrong with a high P/E ratio if a company is growing its profits at a similar or faster rate.

Yet over the last five years, both companies have compounded their profits at a much slower 10% growth rate. 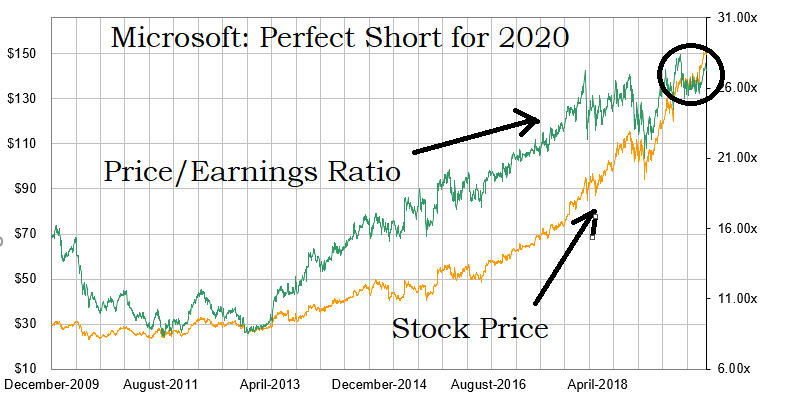 I expect that in a few months’ time, Wall Street will decide investors should be wary of Microsoft and Apple for reasons of overvaluation. And it’ll start rotating money into growth stocks with cheaper valuations.

On a related note, Apple and Microsoft are the two largest companies in the S&P 500 by far. Each has a market capitalization weighting in the index of more than 4%.

According to the Leuthold Group, only a few other companies have reached that threshold over the last 30 years — GE, Cisco Systems and ExxonMobil.

In each case, the stocks fell hard once investors realized they were paying far too much for the companies’ profit growth.

That happened to Microsoft as well, back after its 1990s glory days.

Prediction No. 3: These Stocks Will Break Out

Late last year, I predicted 2019 would be the year “U.S. investors return to emerging-market stocks in a big way.”

I was right, to a degree. Buying an ETF such as the iShares MSCI Emerging Markets ETF (NYSE: EEM) would have netted you a 9% return.

So I’m doubling down on this stock market prediction.

I believe we’ll see this ETF rise at least 20% (and with many individual emerging-market stocks doing even better) by the end of 2020.

It’s all a question of value. Where can you buy fast-growing economies (and the companies that spur that growth) at a cheap price?

Forecasters expect India’s economy will grow at a 6.6% annual rate over the next four years, according to the Organisation for Economic Co-operation and Development.

Emerging-market stocks are still as cheap as they’ve ever been. No one wants to own them.

According to data from Star Capital, they’re trading at average P/E values of 15 — while companies in the U.S. have average P/E ratios of 29, the highest of all developed countries.

I’ve already started positioning the portfolios in my Total Wealth Insider newsletter to get ahead of Wall Street.

To find out how to take full advantage of these opportunities now, click here to watch my special video briefing.

P.S. In as little as the next three years, the internet as we know it will no longer exist. Instead, the world will be using a new technology that’s 1,600 times faster than your current internet. And I’ve uncovered what I think is the ideal opportunity for this new communication revolution. To learn more, click here now. 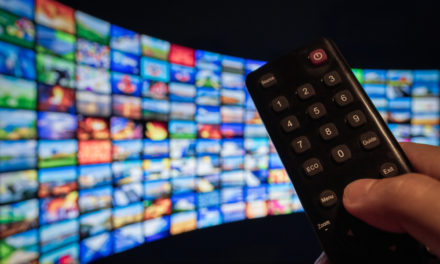 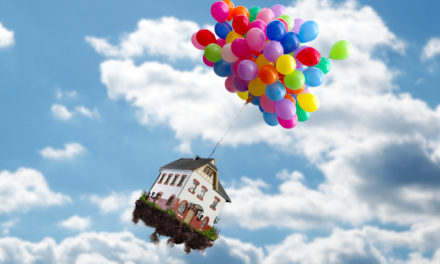