No More Fed Bailouts? Prepare for the Stock Market’s Next Big Risk

For much of this year, a group of commenters on my popular YouTube channel has been advising me not to “fight the Fed.”

To them, it doesn’t matter if stock prices are going up mainly because of the Federal Reserve’s response to the pandemic.

The last decade proves that’s what the Fed does, they say. So we may as well roll with it.

Fair enough. If stocks with triple-digit price-to-earnings ratios keep going up, most investors don’t care why. And I don’t deny that my stock recommendations for The Bauman Letter and Alpha Stock Alert have benefited immensely.

But what if the Fed stops fighting?

Many in the “don’t fight the Fed” crowd believe the nation’s central bank is in cahoots with Wall Street, and will do whatever it takes to keep the latter happy.

I admit to some sympathy for that view. I don’t think it’s a conspiracy, but most Fed policymakers got their start on Wall Street and are of that culture. And the big banks control the financial system, a fact that gives them a lot of leverage.

But not everyone at the Fed is happy to keep bailing out Wall Street.

Some of the Fed’s biggest voices are sounding the alarm about the damaging distortions caused by Fed policy.

And if the upcoming election produces a government less sympathetic to Wall Street, those voices could become dominant.

That could mean next year will bring big changes to the stock market … and how we investors make money from it.

Rumbles of Discontent at the Fed

“We can’t just keep doing what we’ve been doing,” he said recently. “As soon as there’s a risk that hits, everybody flees and the Federal Reserve has to step in and bail out that market, and that’s crazy. And we need to take a hard look at that.”

Brainard said the resulting asset bubbles increase instability and inequities between companies that can access Fed support and those that can’t … as well as between rich and poor. These imbalances could force the Fed to raise interest rates before the economy is ready, tipping it into a recession.

Fred Rosengren, Boston Fed chief, said: “If you want … low interest rates for a long time, you want robust financial supervisory authority in order to be able to restrict the amount of excessive risk-taking occurring at the same time.”

The Fed and Washington, D.C.: Besties?

In my recent Bauman Daily articles and YouTube videos, I’ve argued that Wall Street seems bullish on a Democratic sweep of Washington in November.

Even though it might mean higher taxes, they would be more than offset by federal government spending, which would stimulate the economy and boost profits.

But Rosengren’s comment about “robust financial supervisory authority” to address “excessive risk-taking” overlaps with another item on the Democratic agenda … stricter regulation of Wall Street. It’s easy to envision the Fed and Washington joining forces to do exactly that.

To better understand the impact this could have on the stock market, let’s review the two pillars of current Fed policy that led to this excessive risk-taking:

What This Could Mean for Investors

If the Fed, Congress and the White House align behind stricter regulation of the financial system — with interventions designed to address the side effects I described above — I see two potential results for which smart investors will prepare.

No. 1: We can expect the Fed to back off from corporate credit markets. That would increase the importance of fundamentals — especially cash flow and balance sheets — for companies’ stock prices.

Companies that can’t generate enough revenue to service their own debt and future growth would be punished by the stock market. And the days of making a speculative killing by buying companies in or near bankruptcy would be over.

No. 2: The Fed desperately wants to erase its reputation as the stock market’s guardian angel. That’s not its mandate. The perception has undermined public confidence. For their part, the Democrats have promised to address massive and growing inequalities between stock investors and everyone else.

If the Democrats enact huge fiscal stimulus, the Fed will feel it has political cover to relax its commitments to keep interest rates low. That will spook the stock market immensely.

The result will be an increase in volatility.

Smart investors will still be able to make money in the stock market … but they’ll have to do it the old-fashioned way, by identifying strong companies with competitive business models and robust future earnings. Buying and holding the latest buzzy stock ticker isn’t going to cut the mustard.

And tomorrow in Bauman Daily, my colleague Clint Lee will offer a suggestion as to where to start to profit off this coming volatility! 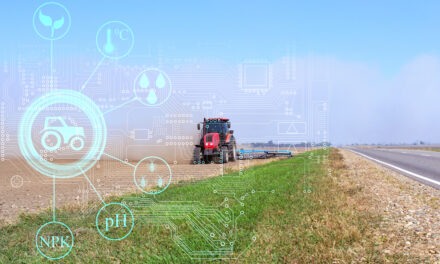 Despite COVID-19, These American Companies Will Prosper