Home » Investing » No Edge, No Win

No Edge, No Win 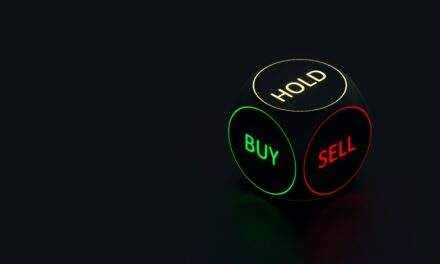 “To know what everyone knows is to know nothing.”

I’ve shared that saying before many times. But I can’t stress it enough.

This simple idea is the key to success in any endeavor, not just trading the markets.

Take the restaurant business, for example. CNBC noted that about 60% of new restaurants shut down within their first year. The five-year failure rate is 80%.

How can this be? All restaurant owners know the basics of the business. They all basically provide the same service and are run the same way.

The 20% that survive must know something their competitors don’t. They may know more about selecting locations. Or they have a better advertising strategy.

Whatever it is, this is what traders call an edge — a unique advantage nobody else has that helps them win consistently.

Now, similar statistics about traders are harder to find. It’s likely that more than half of new traders fail fairly quickly. Some say it’s closer to 90% or more.

Just like the 4 out of 5 failed restaurants, these traders have no edge.

I’ve been trading for over three decades, so we can safely say I haven’t failed. That’s because I do have an edge.

Today, I’ll show you what it took to find it. And how you can start using it today to beat the odds in this challenging market.

The Blood, Sweat and Tears of a Successful Trader

Traders without an edge make one common error.

They use one of the hundreds of technical indicators that are available, but with the default values.

The 200-day moving average, a 14-day RSI, MACD with standard settings and a few other indicators are all favorites of novice traders.

This might seem like the smart thing to do. But the issue is every trader has access to these tools. Taking that with the fact that as many as 90% of traders fail, and we can see the issue.

Think of it this way. If freely available indicators worked well, large funds wouldn’t pay millions of dollars to research new ideas. No doubt, large funds have already tested the simple tools. The difference between them and novices is they then improved on them and made them unique.

Knowing this, I understood that I needed to work hard and think creatively if I wanted to succeed as a trader.

First, I began studying all of the indicators I read about. More importantly, I tested them against decades of market data. None of them were profitable on virtually any timeframe.

So if we can prove that these common indicators don’t help us trade well, why bother using them?

I also realized that markets followed some rules consistently. For instance — in the long run, prices move in trends. In the short run, prices bounce as buyers and sellers create short-term trends. But these general rules aren’t useful for timing profitable trades. So I started studying how trends unfold.

I spent years reading papers by academic researchers, studying charts to understand the way prices move and testing different trading tools. But this round of programming was different than my earlier study. I was now developing my own ideas.

Most of my ideas didn’t work. They weren’t profitable. Honestly, at times I felt like Thomas Edison. He tried thousands of materials as the filament for a light bulb. Discussing that process, he said: “I have not failed. I’ve just found 10,000 ways that won’t work.”

I could share 1,000 ways to trade that I found didn’t work. But I won’t put you to sleep with those.What I will show you is the one indicator that signaled to me I’d found my edge.

The Greed Gauge: A Contrarian Advantage

After years of studying trends, I discovered just one concept that stood the test of time.

In a nutshell, you need to buy when other traders are greedy and sell when greed turns to fear.

I don’t have his ability to develop special insights into a company’s financials. I don’t have his level of patience. I can’t wait 40 years to make a fortune. I have bills to pay today.

Maybe you don’t. But I’m willing to bet you’re closer to my situation than Buffett’s.

Of course buying low and selling high makes sense for the long term. But you must realize… this is also what all investors are trying to do. If we want to beat them — especially as short-term traders, we need to act more contrarian.

That’s why my goal is to buy high and sell higher. I turn to momentum to target the best trades that can maximize my returns. It’s a different approach to trading, but it’s worked exceptionally well.

And it’s what I designed the Greed Gauge to find. This indicator has given me an edge over the markets I’m certain nobody else has.Here’s a quick example of how it performed earlier this year on the Invesco QQQ Trust (QQQ).

You’ll remember that this past summer we had a huge bear market rally, which took QQQ from a low of about $275 all the way to $330.

Then, following the same indicator, you could’ve turned around and started betting against the market all through September and October. Again, this proved to be the right move, as QQQ fell 13%.

Right now, the Greed Gauge is on a buy signal. Until that changes, you should expect higher prices in QQQ.

And that’s just this year. It’s outperformed the S&P 500 Index three times over in the past two decades and reaped profits in 7 of the last 9 market downturns.Click here for my full presentation on the Greed Gauge and see how it’s transformed the portfolios of many readers like you. 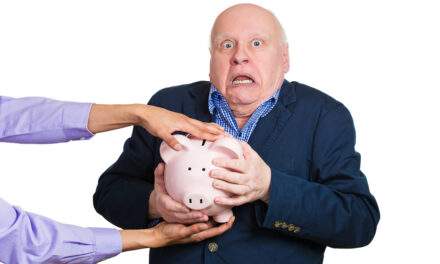 3 Fears of a Mad and Macabre Market 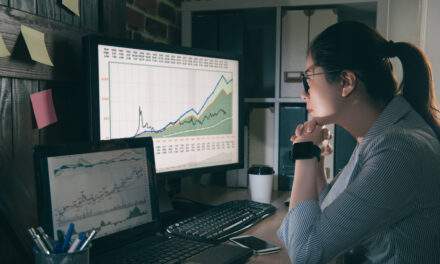 Something Different, but Worth Watching