What problems keep the leader of the world’s largest mutual fund family up at night?

According to Tim Buckley, the incoming CEO at Vanguard, there’s one concern above all others: Cybersecurity and the chance of getting hacked.

With $4.7 trillion in assets and millions of account holders, no doubt the company is a juicy target. As Buckley told an investment conference recently: “It is front of mind all the time. It’s a huge investment for us. You have to make sure you have defense in depth, making sure you have a strong perimeter.”

And no wonder, since cybersecurity is about to become an even bigger consideration for nearly every firm that handles investment dollars for clients…

Earlier this year, the Securities and Exchange Commission (SEC) said it would make cybersecurity part of its oversight as it reviews procedures and controls of investment advisers and broker-dealers. A few months ago, the agency went a step further and announced the creation of a new “Cyber Unit.”

You might ask why the SEC would do such a thing? Isn’t that better left to the FBI?

But as the capabilities of hackers grow, their crimes are crossing over jurisdictional boundaries, including…

For instance, late last year the SEC charged three hackers with planting malware on the computer networks of two prominent New York law firms that do a lot of business with firms on Wall Street. The malware allowed the hackers to hear so-called nonpublic information, and trade on that knowledge ahead of other investors.

And the irony of ironies is that the SEC’s EDGAR system — where companies electronically file their various agency-required filings — was itself successfully (if only briefly) attacked by hackers just a few months ago.

The exploit “resulted in access to nonpublic information” that “may have provided the basis for illicit gain though trading.”

It’s all the more reason to put a portion of your money to work in cybersecurity investing.

In my Total Wealth Insider portfolio, we have six undervalued cybersecurity stocks that are up as much as 15% in just the past few months, with more gains still on tap.

And since I started suggesting this as an investing focus to Winning Investor Daily readers in mid-August, the two exchange-traded funds (ETFs) that track this sector, the ETFMG Prime Cyber Security ETF (NYSE: HACK) and the First Trust Nasdaq CEA Cybersecurity ETF (Nasdaq: CIBR) are both up as much as 10%. 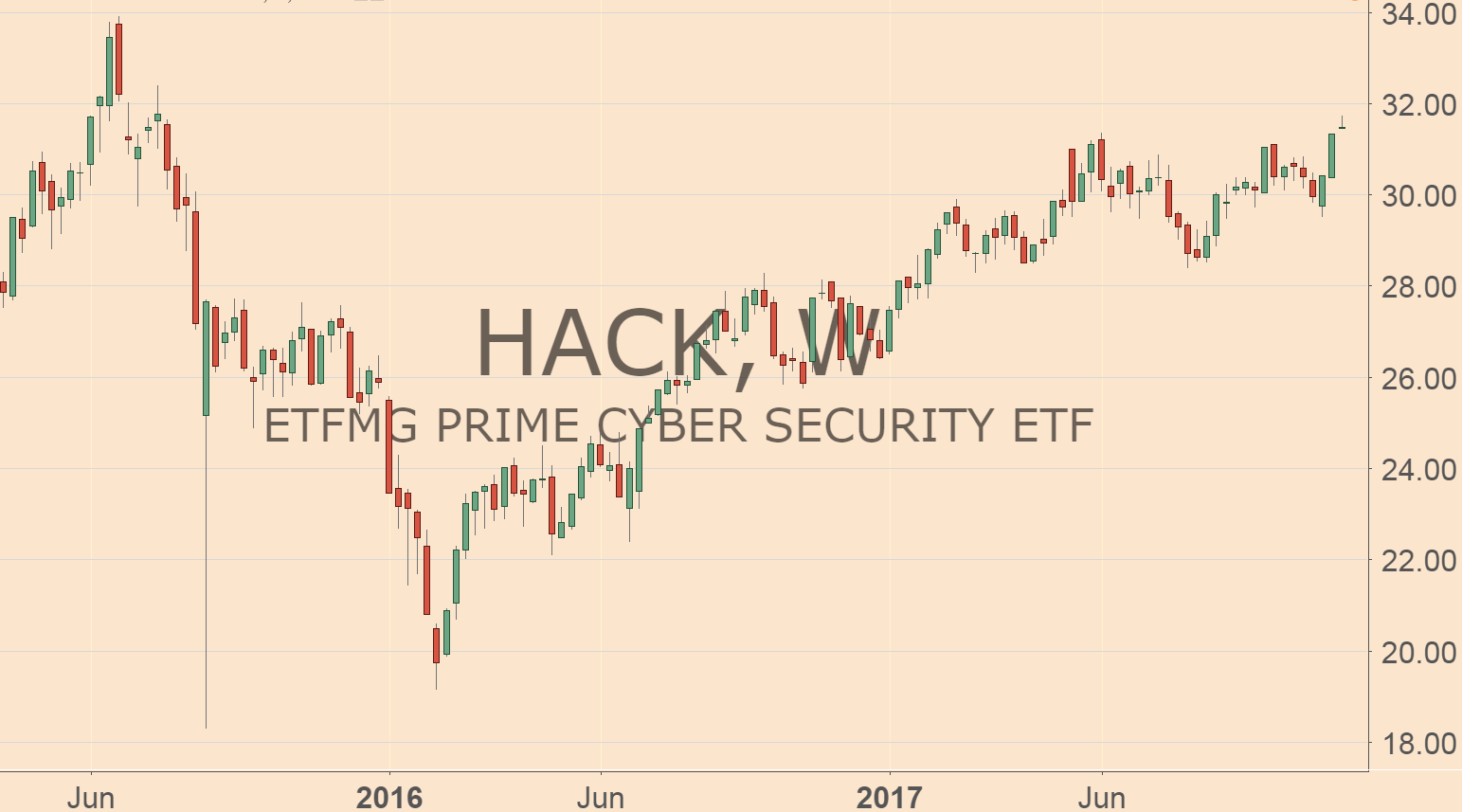 Last month, Pensions & Investments noted that its many sources at retirement plans and money management firms were taking a new view of the cybersecurity sector: “Cybersecurity is moving up the agenda for institutional investors and their money managers as a responsible investment consideration, as several high-profile attacks and breaches bring the issue to the front of investors’ minds.”

Translation? It’s likely a lot more money — big money — may pour into the cybersecurity investing arena as fund managers look around for stocks that aren’t already at peak prices and could still grow profits at a faster clip than the overall market.