Cryptocurrencies are all the rage right now.

Everywhere, you see headlines with impressive thousand percent gains for “coins” like bitcoin. But what gives them value? When have you ever used bitcoin?

The truth is that it’s not practical right now, primarily due to the amount of time it takes to complete a transaction. But there are other coins out there that are emerging as viable candidates to succeed bitcoin as the No. 1 cryptocurrency.

There’s a lot to understand about the intricacies of cryptocurrencies, but this article is more about finding an investment opportunity than explaining the science behind them.

A Bubble in Bitcoin?

One thing that’s important to know is the concept of “mining.” This is the very basis of cryptocurrencies. That’s how new bitcoins are made.

In simple terms, the “miner,” through special software, solves a complex math problem and is rewarded with new bitcoins as a result. Then, the transaction is stored in the blockchain, and those new bitcoins are officially in circulation.

As most people know by now, bitcoin has seen a gigantic rally this year. In fact, it’s up about 1,200% over the past year, causing a lot of people to think it’s in a bubble.

The total value of bitcoins in circulation is now over $150 billion. If bitcoin was a company, it would be in the top 50 largest in the United States.

I personally believe that the only reason bitcoin is so much more valuable than any other cryptocurrency is because it was the one that first broke through to the mainstream. That’s still important, though. It, at the very least, gives other coin developers something to improve on.

The good thing is that even if you think you’ve missed the boat with bitcoin, there are plenty of other cryptocurrencies out there. Of course, some are scams, but others have real potential.

One of the ones that I believe has real, practical use is called Dash.

First, Dash is ahead of the game in terms of convenience. Right now, bitcoin transactions take about 10 minutes to an hour on average. Dash is setting out to be the primary cryptocurrency that can be transferred instantly (in less than one second) between parties, making it much more practical when it comes to buying things online or at a store.

One of the most appealing features of Dash is that 10% of the newly mined coins are given to the Dash DAO (decentralized autonomous organization). Simply put, the DAO is the treasury of Dash. At the current price of more than $600 per coin, that’s $4 million per month that it can use.

It’s important to know that no other coin has this kind of continuous funding. With this money, the Dash DAO can develop and market the currency.

Also, anyone can submit an idea for a project to enhance the value of Dash. Then, the project is voted on by thousands of Dash developers. An example would be partnering with stores to make Dash a viable means of transaction for their goods.

Of course, these developers make money from Dash, so anything that benefits and promotes the currency will be enticing.

This creates a circular effect, where the currency appreciates in price because it’s better funded and marketed, then the DAO makes more money, and it’s able to market Dash even more.

A Breakthrough for Dash

So far, Dash can be used at over 300 physical stores and over 100 websites to purchase goods or services. But the breakthrough for it could come from the marijuana industry.

Right now, banks are not allowed to have anything to do with marijuana transactions; everything has to be done in cash. Vendors can’t even put money from their sales in a bank.

Not only does this bring the risk of being robbed, but these companies have to pay for cash storage and transportation. That adds up quickly.

Being able to use Dash would be huge for these vendors. It would also mean great things for the price of Dash.

The good news is that it has already started making progress. In April, Dash partnered with a digital payment system called Alt Thirty Six, which has partnerships with some of the leading dispensary business management software companies in the country.

These software companies track transactions for hundreds of dispensaries and delivery services. That means that Dash users already have hundreds of ways to use the currency.

Since Dash officially became a payment method on Alt Thirty Six on October 11, its price has gone up 118%. That’s only in a month and a half.

With a market cap of only $4.8 billion compared to bitcoin’s $156 billion, I believe Dash still has plenty of room to climb going forward.

The marijuana industry is just the start for Dash, but it’s a great one. In 2016, legal sales were about $7 billion. Another estimated $46 billion was sold on the black market.

And as more stores open and marijuana becomes legal in more states, that legal number is expected to be $23 billion by 2021 and $50 billion by 2026.

Again, this is just the beginning for Dash. Its unique immediate transaction feature makes it a viable alternative to cash, giving it an edge over other cryptocurrencies like bitcoin.

Update: Several readers have written in asking for more information on how to purchase Dash. The cryptocurrency website 99 Bitcoins has a detailed guide for Dash that explains multiple ways you can buy it. To read the guide, click here.

Editor’s Note: The smartest and richest investors on the planet are loading up on shares of a little-known mining company. This stock is ready to take off … but you have the opportunity to make life-changing gains if you get in while it’s still incredibly cheap. Even conservative estimates say that early investors could see returns in the 3,000% range — however, if you want to reap profits never before seen in stock market history, you have to act now! To get the special report that tells you everything you need to know about this innovative company, click here. 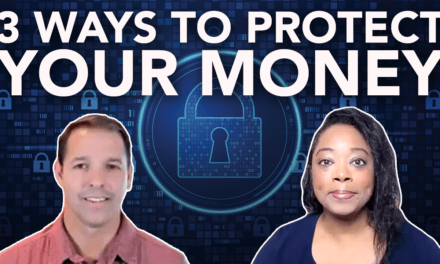 What Is a Central Bank Digital Currency?