Back on April 21, I told readers of Winning Investor Daily that rising natural gas prices couldn’t last. Too much gas in storage, too much production and not enough demand for the stuff would make the price fall. Here’s a quick excerpt:

The natural gas rally saw the price rise over 80% to where it is today … but I believe that rally is over.

You see, the oil industry is back to work. Oil production bottomed back in September 2016. As it picks up, so will natural gas production. The higher price will encourage new production too.

I was a little early, but the trend finally turned: 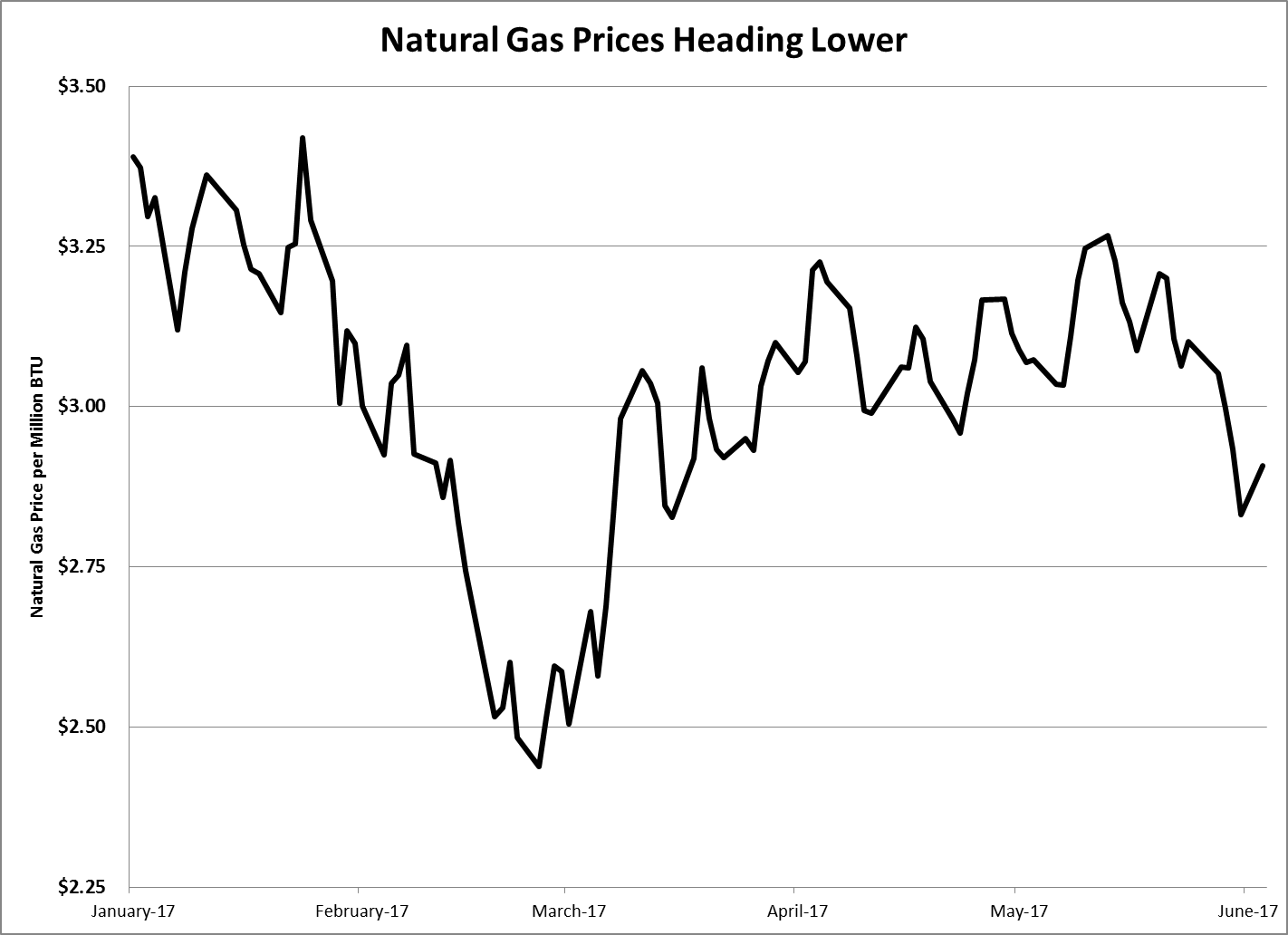 According to the Energy Information Administration, the first-quarter consumption of natural gas was 7.7 trillion cubic feet (TCF). That’s a fall of 0.5 TCF from last year, about 5%. It’s about 10% below the consumption in 2015 (8.6 TCF).

Production in the first quarter fell 3% from last year to 8.0 TCF. However, we only have data through March 2017. We know oil production ramped up since then. Oil wells produce a lot of natural gas … so gas production is rising too.

That’s why the natural gas price is falling and will continue to fall this summer.

The Power of a Penny