The MoneyShow Orlando takes place every year in February.

I attend as often as I can. The conference is free, so it’s an inexpensive way to get a feel for professionals’ takes on the status of the market.

They say you get what you pay for. In that sense, this conference’s “free” price tag is misleading. I understand the speakers and exhibitors pay a chunk of change to pitch their ideas (and their wares) to the attendees.

And the conference is busy. There are so many retired investors in the vicinity that it’s easy to draw a crowd. The Omni ChampionsGate resort must have sold hundreds of $15 parking spots each day.

It runs from Thursday to Sunday. I was only able to get there midday Friday, but I still found this year’s events enlightening.

Here are some of the things the speakers had to say…

Are We in a Bear Market?

The presenters say “no.”

For one, it’s too early. The market peaked on January 26. As of Friday, February 9, we had only seen 10 trading days since … and the market was up on three of those days.

Definitions vary, but Investopedia suggests a bear market requires multiple indices to fall 20% or more from peak over a two-month period. We haven’t seen that yet.

The consensus was that this is a correction.

Most suggest the correction is healthy. Tom Grimes of Reaves Asset Management said: “[It’s] not that we all wish for corrections, but we know they’re a part of the market.”

And we hadn’t seen a correction in a long time. The S&P 500 finished higher each month in 2017. That had never happened before.

(As an aside, it still hasn’t this year either. The S&P 500 finished more than 5% higher in January. And February’s not over yet.)

Most of the presenters believe this pullback is temporary.

Ryan Batchelor from Clifford Capital Partners had a solid line about today’s market:

Counterintuitively, when it feels worst, that’s often the best opportunity.

Batchelor says he and his partner, David Passey, are high-conviction value investors. They try to buy stocks at a discount to what they’re worth.

They believe there are three keys to successful stock-picking in uncertain markets:

1. Be different. Have a contrarian viewpoint. Every now and then the crowd gets it wrong.

2. Be focused. Clifford Capital believes in concentration. Buying retail stocks in the summer of 2017 didn’t feel great at the time, but it was the right call.

3. Be in the right areas. 50% to 75% of Clifford’s portfolio are high-quality companies with meaningful competitive advantages. (Legendary investor Warren Buffett calls them economic moats. These companies can maintain their competitive advantages — and reap outsized profits — for years and years. The Coca-Cola Co. (NYSE: KO) is an example.)

The remainder of the portfolio includes opportunistic, deeply undervalued stocks. “Stocks are often mispriced because of something other than valuation.” News (fake or otherwise), interest-rate fears, world events, algorithms and herd-type selling can all lead to lower prices.

Batchelor says his group has identified 135 companies it’d like to own at the right price. It’s currently evaluating General Electric Co. (NYSE: GE) to see if it has reached that level. Stay tuned…

The Most Exciting Thing I Heard About

Today, Joe Schmoe (or you) can buy royalties on music.

Profiting from the very music you listen to may be the ultimate consumer hedge. You are going to pay for Spotify, Pandora, etc. You can get paid (back?) from some of the very songs you are listening to.

Artists turn to Royalty Exchange to raise money and take control of their financial future. We connect them with private investors through the world’s first online marketplace for buying and selling royalties. Creators love us because we give them a powerful new way to fund their career. Investors love us because we help them generate income that’s hard to beat. And our commitment to transparency and honesty ensures value for all.

You can visit the company’s site to view recent/current auctions of music catalog royalties. Royalty Exchange has provided financing options for more than 200 music catalogs over the past two years.

Given the passive nature of royalties, the new company expects to distribute up to 80% of its operating cash flow annually.

Markman worries about the effect the digitization of cash will have on the margins of regional banks like Zions Bancorp (Nasdaq: ZION), Fifth Third Bancorp (Nasdaq: FITB) and KeyCorp (NYSE: KEY).

Omar Ayales is the co-editor of GCRU, which is short for Gold Charts R Us.

GCRU is a weekly trading service … and Ayales is a chartist. He works with Pamela and Mary Anne Aden. The Adens have been in this business for nearly four decades.

• “There is definitely a buying opportunity, in our view.”

• “We believe the bull market in commodities is healthy.”

• “Silver is my personal favorite. However, I didn’t include it in this presentation because I have been wrong for the past couple years on it.”

• “Gold is in a bullish ascending triangle pattern. It has been falling, and that could continue. Look to buy at $1,270 per ounce.

• “Since the 1970s, the U.S. dollar and gold generally moved in opposite directions.”

One of the sessions featured a recorded video of Mark Mobius from Singapore.

For those who don’t know him, Mobius is a market veteran. He will be 82 in August.

He has been following emerging markets for as long as I can remember. The late Sir John Templeton hired him in 1987 to launch one of the first mutual funds dedicated to emerging markets.

Mobius directed Templeton’s emerging markets research team for many years. He was a spokesperson for the group just before his retirement on January 31, 2018.

Mobius didn’t mention his retirement in the video, though. And, clearly, it didn’t take him long to get going on the speaking circuit.

Mobius is bullish on emerging markets, and even smaller markets known as frontier markets.

He cited several reasons for his bullishness on these markets:

• Of the 10 fastest-growing countries, eight are frontier.

• Emerging/frontier markets are younger … and larger (in terms of land mass).

• The emerging market price-to-earnings ratio is lower than that of developed markets.

• Internet usage in China and India dwarfs that of the U.S.

From 2013 to 2015, there was a net outflow to emerging market equities. That has reversed since.

One interesting site I learned about is www.coinmarketcap.com.

There’s nothing fancy about it … but this site has solid information about where each cryptocurrency stands today. 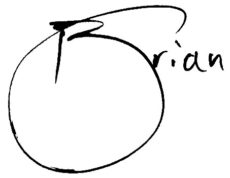 Editor’s Note: Another huge trend you don’t want to miss out on is the incredible growth of the cybersecurity sector, which is expected to balloon into a $1 trillion industry by 2021. A historic surge like that creates generational wealth for early investors — if they buy the right stocks. To find out which three cybersecurity companies you need to have in your portfolio today, click here now.

The Dollar Could Easily Get Stronger

The Latest Inflation Data Is Bullish for Stocks