The One Thing the Market Can’t Price in Yet 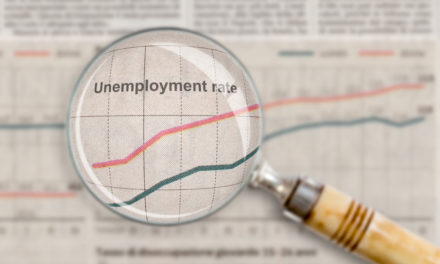 Well, he owned a business.

He had to lay off 95% of his employees last week. Not because he was told to close shop — but because the lockdown caused his company’s orders to flatline and cash flow dried up.

He doesn’t have money to pay his workers. He doesn’t expect to reopen the doors.

How many more are in his position? Or will be in the coming months?

I don’t know these answers. I suspect nobody knows.

We don’t know how many Marks will lose their business. Or how many millions will be unemployed.

That uncertainty drove the rapid market sell off.

The speed of the market’s sell-off from high to low was the fastest we’ve ever seen. Faster than during the financial crisis, the 1987 recession, and even the great depression.

Some say that’s a sign the market has discounted enough bad news.

Those who think the market has bottomed will tell you “the market is forward-looking.” That just means prices adjust to fundamentals and events before they fully materialize.

But how far forward can the market see?

Not far enough into this current crisis, I suspect.

Research suggests the most difficult part about fully pricing in a recession is not how far the economy falls but how long the contraction lasts.

The following chart shows consumer income and spending trends after stretches of unemployment: 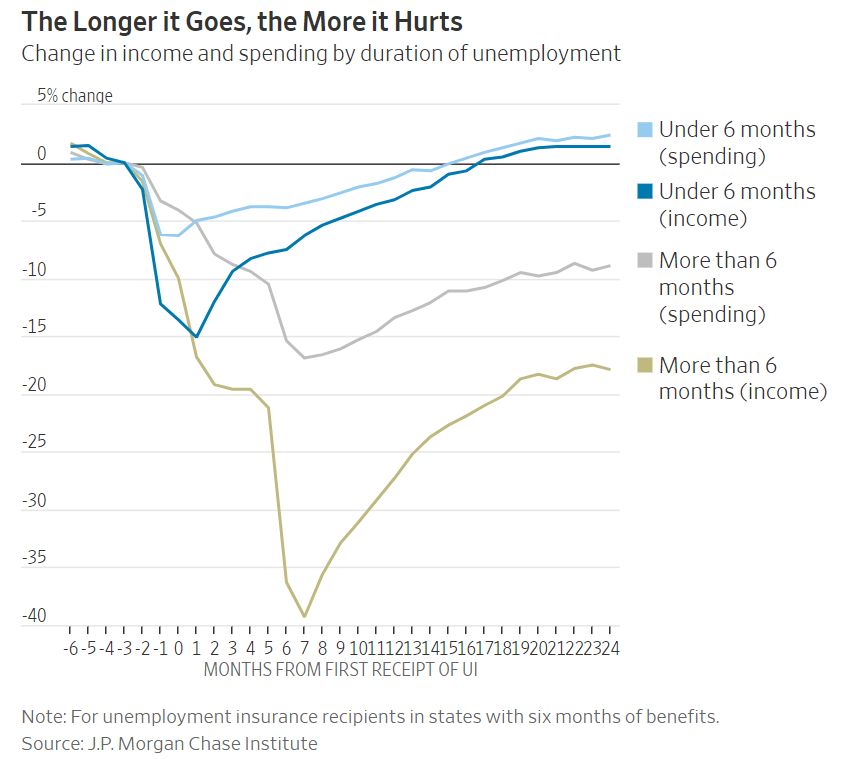 Consumer spending makes up 70% of the U.S. economy.

The longer a person is out of a job, the longer it takes that person’s income and spending to return to normal levels.

This is just one aspect of a recession’s duration to consider.

But it’s a big deal because this bear market is reacting to an unprecedented forced shutdown of the economy.

The best-case scenario is that rates of coronavirus infections and deaths peak this month.

That’s what investors got happy about on Monday when they sent stocks soaring.

They hope — but hopefully don’t assume — the economy will restart at the end of the scheduled lockdown on April 30.

If the economy restarts that soon, then maybe shuttered businesses and sheltered consumers can snap back to normal right away.

That just doesn’t seem like a high probability bet.

The spread of the virus is slowing because everyone is in hiding.

But the threat of contagion will not be gone when we get back to normal.

If we restart the economy in May, the spread of the virus will quicken its pace again.

What about June? Or July?

We do not know how long it will take to get control of the virus.

We don’t even know what control is.

And we don’t know when the economy will open again.

We can forecast how much economic output will be lost based on the figures we know today. And debate about whether the market has accounted for it.

But the market doesn’t so much care about precise forecasts.

It cares about the margin for error in those forecasts.

The longer the downturn lasts, the greater chance bear market forecasts miss it by a mile.

The market is good at discounting the future. But not that good.

If you want to venture back into stocks, keep your risk in check.

Use tight stop losses or be ready to cut and run when momentum reverses. 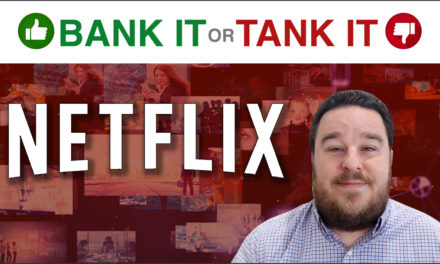 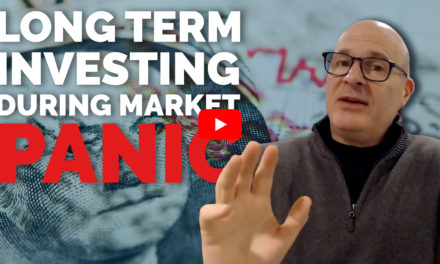 If You Didn’t Listen, It’s Not Too Late — Here’s 1 Great Buy Today