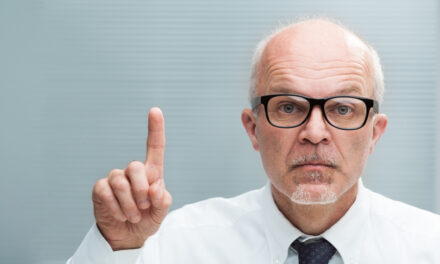 I’ve been in the markets for a quarter of a century now. And every time we’ve seen a little bit of an uptick in inflation, we’ve had these pundits come out.

I call them the “inflationistas.” They’ve been shouting about inflation for 25 years. It’s like the boy who cried wolf.

But there’s a bigger story going on here.

In today’s Market Insights video, Steve Fernandez and I discuss why inflation isn’t coming back — and how some consumer products will actually get cheaper.

Ian King: Hey everyone. Ian King here, editor at Strategic Fortunes. Joining me this week is Steve Fernandez. And we’re going to answer the question: Is inflation coming back?

We had a huge number come out this week on Tuesday. Specifically, the Consumer Price Index (CPI) shows that prices were rising 0.9% month over month.

Steve, you’ve got some more details for our viewers. Please share with us what’s happening with the CPI and what can we expect with inflation in the future.

Steve Fernandez: So, month-over-month CPI growth is actually the highest since 2008. And if you look on a year-over-year basis, it was 5.4%, which is much higher than what we usually expect as, like, a 2% baseline.

But if you dig down and look at what was driving that inflation, it points to the idea that this is relatively short term in nature. So, I don’t expect high, high inflation in the future years.

Ian: Right. And then another really important point to think about is what drives inflation. I mean, the idea that something is scarce, whether it be a good or service, and then also demand on the other side. So, prices rise when there’s a lot more demand than there is supply.

And as you said, there were some specific components of the economy that showed relative scarcity in the last couple of months. And obviously there’s some reason for that, which you can tell us about.

What were those specific components that showed a huge increase in the CPI?

Steve: It was centralized across a couple of components like energy and transportation services. And when you think about that, it makes sense.

Oil and gas companies had to halt their production and their exploration activities because no one really knew what was going to happen over the moderate term with COVID-19. But it was obvious right away that, short term, they really couldn’t sustain their production in order to stay afloat. They had to halt everything completely.

So, they weren’t equipped for a quick return to normal. You can make the case that it may not be as quick as it could have been. Nonetheless, they weren’t prepared from a supply standpoint.

As you mentioned, it’s created a scarcity. And if you look at the numbers, fuel oil is up 45% year over year. Gasoline is up 45%.

Even used cars are up 45%. Who would have thought having a used car would be a good investment last year?

Ian: Having a used car is a better investment than gold, apparently.

I mean, I’ve been in the markets for a quarter century now. (God, I feel old.) And, you know, every time we see a little bit of an uptick in inflation, we have these investors and pundits that come out that I call the “inflationistas.” And they’re like the boy who cried wolf.

We’ve been hearing about inflation now for 25 years, and that the CPI number is rigged, and it’s all fake. But there’s a bigger story going on here, and it’s something that you and I have been discussing: Technology is letting us do more with less.

And I don’t think of the markets as scarcity, or this sort of Thomas Malthusian scarcity, which leads to inflation. But it’s the idea of ephemeralization. And Buckminster Fuller had this great quote 100 years ago:

So, if you think about everything from Uber to online grocery shopping — obviously e-commerce is part of it — to artificial intelligence to how software is letting us run companies with less people. It’s just making everything more and more productive.

And that’s why I’m so excited to invest in a lot of these growth areas, because it’s just allowing for widespread prosperity from more productivity, allowing us to do more with less resources.

Steve, what’s your take on that now? How do you feel about that? I know you share similar views as I do, definitely.

Steve: So, technology gets cheaper over time. If you look at, like, the cost of data storage 20 years ago, it’s down literally 99.99% today with the cloud and all the innovation and technology. And even when you go back to, like, used cars and compare that to what the price of an electric vehicle is going to look like in five years, you can make the case with declining lithium-ion battery prices. 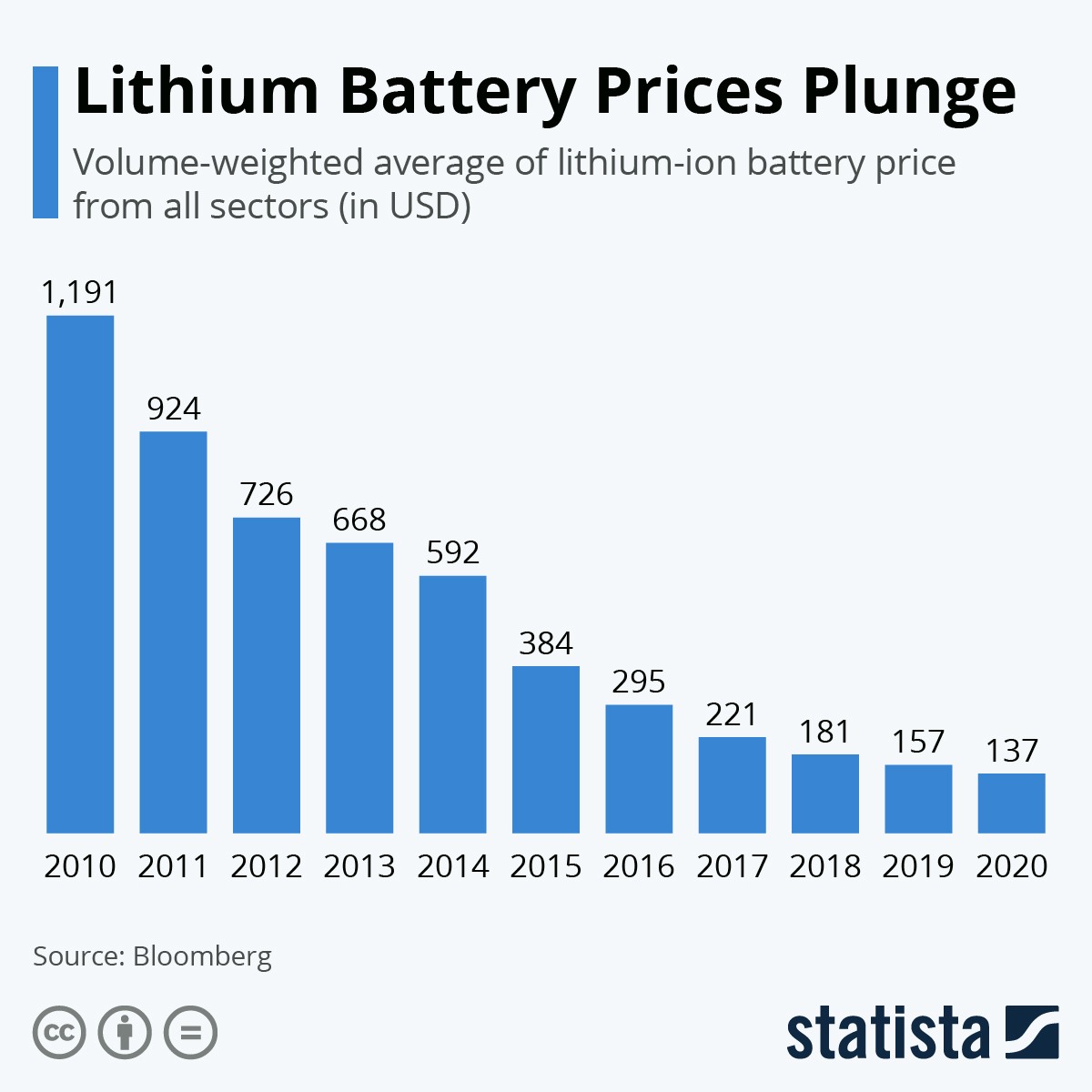 It’s the opposite of inflation. And as we grow these trends, that’s really what’s going to dictate what we pay. I mean, I’m not saying that every product is necessarily going to be cheaper, but we’re not going to see the technology that we’re using increase that much in cost.

Ian: I agree with that point too. And the other thing we to talk about is whether or not the Federal Reserve thinks inflation is relevant.

Because, you know, I always say I watch the Knicks on TV, and the ref misses a call, and I’m complaining to the TV. But my view doesn’t matter. Neither do the 25,000 viewpoints in the stands and the people cheering. The only view that matters is the ref’s. And in the markets, the Fed is the ref.

So, they’re calling the balls and strikes, they’re calling the fouls, they’re monitoring inflation. And as far as we know, Fed Chairman Jerome Powell is saying that inflation is still transitory. So, my view is never fight the Fed. You don’t want to be on the other side of the trade because, obviously, they can just create reserves and add them to the bank balance sheets and inflate markets like they have.

You know, we’ve seen this reflation trade happen over and over again over the last 10 years. So, Steve, you know, Jerome Powell this week came out and said that inflation is transitory, and that it’s going to cool down the next couple of months. Do you know what specific categories Powell was looking at? I think it was in the used car market and also in rental cars, sort of the reopening trade.

What else is part of the reopening trade?

Steve: Yeah, I mean, the opposite of what you would expect to drive inflation, like even motor vehicle insurance. Like you said, the reopening trade.

I think people that realize that are really using any weakness in stocks as a buying opportunity just because there are algorithms that trade based on these numbers, they automatically recalculate valuations and things like that. And frankly, it provides a lot of opportunity.

Ian: And that brings us back to a broader point. With low inflation and low interest rates, growth stocks outperformed value stocks.

We saw a little bit of the value trade start earlier this year when growth stocks were underperforming, but now growth stocks again are taking the lead.

And that’s obviously good for the portfolio that we manage at Strategic Fortunes.

Let’s leave it there, Steve. I want to thank all our followers.

For myself and my friend Steve Fernandez, have a great weekend, and we’ll speak to you soon. Thank you.