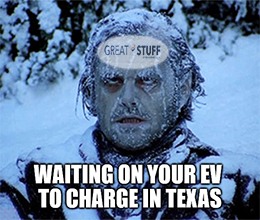 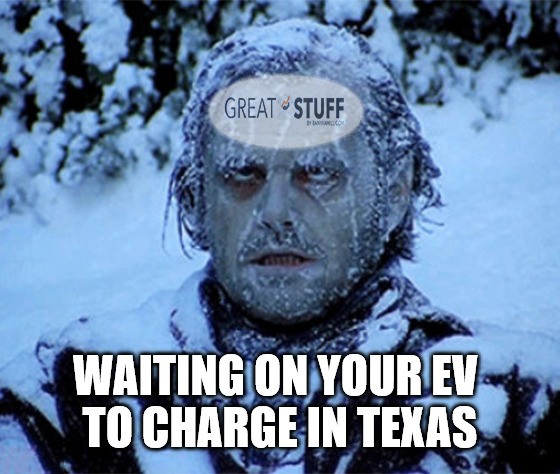 I don’t know about y’all, but I’m freezing my patootie off in the Bluegrass State today. We’re not used to seeing eight-plus inches of snow. It just doesn’t happen here all that often anymore.

But, as bad as I have it here in Kentucky, it’s nowhere near what Texas is dealing with right now. Power grid failures across the state. No water. No heat. Great Ones … let’s send some of our thoughts and prayers toward the Lone Star state today.

This crazy winter weather brings up a rather crucial point for new energy investors. It’s a point that Great One Dan G. wrote in about over the weekend:

Joseph, are all the talking heads and CEOs missing the most obvious problem with EVs? The current grid cannot sustain itself when any little weather anomaly occurs. What happens when we plug in 20 million juice junkies?

Thanks for writing in! I don’t think they’re missing it, Dan. That’s been a major talking point for many electric vehicle (EV) naysayers for a while now. And, if they were missing that problem, this weekend smacked them right in the face with it.

The counter here is that power providers should’ve already upscaled their grids to handle the increased demand. This is how the free market is supposed to work, right? Right?

But harping on power companies doesn’t address the fundamental problem. It doesn’t provide heat for freezing Austinites down in south Texas.

Still, green energy is the future. It has to be … unless we all want to live the life aquatic or learn to breathe CO2. (And if that motivation isn’t your cup of tea, just think about finally achieving energy independence from the Middle East. Does that float your boat?)

So, since we can’t count on power companies to upgrade fast enough, what’s the answer?

Come on, you knew that was coming.

There’s no plugging in. There’s no drain on the electrical grid. There’s no charge time. There’s no power loss due to cold weather — a known factor in traditional battery-powered EVs.

This is why Great Stuff Picks continues to recommend Plug Power (Nasdaq: PLUG). It’s why we recently recommended Decarbonization Plus Acquisition (Nasdaq: DCRB) due to its coming merger with Hyzon Motors.

Battery-driven EVs are what’s current in the new energy market. They’ll continue to grow in popularity. You’ll see more and more of them on the roads, soaking up an increasing amount of electricity … and maybe the U.S. electrical grid will catch up. (And monkeys will fly out of my butt.)

Now for Something Completely Different:

One of my close colleagues has found a really clever way to “game” the markets. (Note: That’s “game,” not GME. We’re not that crazy around here.)

He took the market’s biggest spectacle — and one of the greatest moneymaking events in the stock market — and found a way to grab fast gains while markets looked the other way. He’s been running it for the last four years, and he has successfully tripled the pace of the S&P 500 (the supposedly “unbeatable” index that many of our gurus demolish).

You have a chance to see how he does it. Just click here to sign up. It’s free! 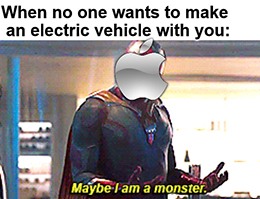 Tim Cook only wants an Apple car maker, nothing more — and it’s getting desperate. Nissan wanted more than that, you see. It wanted the Apple-Nissan car … and they were merely star-crossed automakers from the get-go.

My question here is: Why does nobody want to work with Apple? Could it be, oh, I don’t know … Apple’s control issues? Let me know what you think here.

Still fresh to the earnings confessional, data dog Palantir Tech’s (NYSE: PLTR) fourth-quarter report was … not palatable in the slightest, as it turns out. Revenue beat expectations by 7%, but the company reported a loss of $0.08 per share, which didn’t sit well with the market.

PLTR dropped 10% after its report, but to my eyes, the company actually reported tremendous growth across its business. Palantir’s average revenue per customer shot up 41%. The secret? Bigger customers. The data company signed 21 new contracts last quarter, most notably with the U.S. Army, U.S. Food and Drug Administration and PG&E (NYSE: PCG).

If you missed today’s other big news amid the frigid whiteout blackouts, bitcoin topped $50,000 for the first time this morning, reaching a new all-time high of $50,487.

Fresh off last week’s Musk momentum, bitcoin’s rally continues onward as more and more financial big wigs latch onto the wave of crypto acceptance. Mastercard (NYSE: MA) said it would “open up its network to some digital currencies,” while the Bank of New York Mellon also announced its support for crypto.

Funny enough, all this price action is being driven by four powerful catalysts that Ian King identified in his special presentation — Next Wave Crypto Fortunes.

You can learn more about Ian King’s crypto strategy when you click right here! 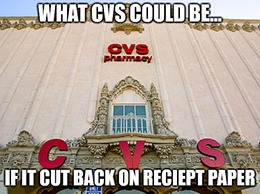 You’d think that a pandemic would be a boon for pharmacies like CVS Health (NYSE: CVS), but earnings turned out to be a bit ho-hum.

Don’t get me wrong — the company beat analysts’ expectations on both counts. Revenue reached $69.55 billion to beat estimates for $68.75 billion, while earnings came in $0.06 above expectations.

But CVS’s income is still half of what it was in 2019, as the pharmacy is stuck spinning in the pandemic’s tailwinds and headwinds.

Revenue slouched year over year because most people skipped those extra shopping trips or doctor’s office visits where you’d visit a CVS for your prescriptions, over-the-counter meds or random toiletries.

At the same time, CVS plays a pretty active role in COVID-19 screening and the Great Vaccination. CEO Karen Lynch notes that about 8 million consumers came to CVS for the first time because of COVID-19 testing, and she expects CVS’s pandemic response to help expand the company’s customer base.

To many investors, this Quote of the Week is a very bullish signal. They’ll likely read Mr. Harnett’s quote and only see “there is no reason to be bearish.” After all, on the surface, that’s what this quote and the related data says.

In a survey that’s been around since 1998, Bank of America polled 225 hedge fund, mutual fund and pension fund managers about their economic outlook. Here’s a quick rundown of the results:

That’s some really bullish sentiment right there. In fact, fund managers are so bullish that it’s hard to believe we’re still in the middle of a global pandemic.

Furthermore, the CBOE Volatility Index (VIX) is on the verge of breaking below 20 — a level not seen since Wall Street’s pandemic freak out back in February 2020.

So much bullishness. So much. It really sounds like a golden age for investing, doesn’t it? There’s no place to go but up!

That’s the message most investors will take away from this data … and from Mr. Hartnett’s quote.

For me, however, this quote and this data means something completely different. It’s a warning sign.

You see, I’m a contrarian right down to my market roots trading options more than 15 years ago. And when I see everyone on one side of a trade, I can’t help but want to take the other side.

Now, I’m not telling you to sell everything in your portfolio and run for the hills.

I’m telling you to be cautious. We already know this market is irrational. Valuation didn’t just take a back seat … it was left on the roadside near a truck stop just outside of San Antonio with a dead phone.

There’s still plenty of money to be made in the market. Plenty of investments to make. Red-hot stocks gunning for future mega trends. These are the plays that will outlive whatever mess is up ahead — just listen to Mr. Great Stuff here and set your targets and stop-losses before you trade.

But keep your caution. Don’t be surprised when everyone does run for the hills. And if you’re more concerned than I am about what to do when the music stops … if you feel the collapse has already begun … click here to protect yourself now.

After you’ve checked that out and not just skimmed on past (ahem, ahem), why not drop us a line in our mailbag?

GreatStuffToday@BanyanHill.com. Reach out anytime with your thoughts, trades, memes, rants, raves and everything in between. 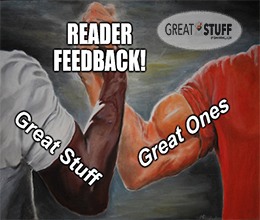 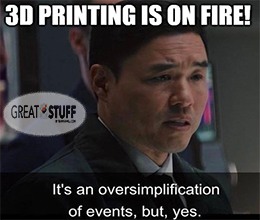