However, many U.S.-based investors saw their shares recover, at least if they used a popular exchange-traded fund (ETF) to invest in China.

The iShares China Large-Cap ETF (NYSE: FXI) is trading near its all-time high while the Shanghai Composite is about 40% below its highs. The difference is explained by currency movements.

In the chart, the ETF is shown as the black line, and the blue line is the exchange rate of U.S. dollars and Chinese yuan.

For U.S.-based investors, changes in the value of the yuan led to gains in their stocks. But notice there is no clear relationship in the chart. Sometimes currency moves don’t affect the price trend.

This highlights an often-overlooked feature of investing overseas. Gains or losses depend on currency exchange rates as much as stock-picking skills.

Really, investors may not need overseas exposure. They need exposure to stock markets that go up, after currency effects are considered. But that’s impossible to predict.

Currency transactions can result in losses. That’s independent of what the stock does.

To truly invest in foreign stocks, currency exposure is hedged. This means gains or losses from currency moves are eliminated. Managers do that with specialized derivatives contracts.

When hedged, the results of an ETF track the performance of the overseas market. As an example, there’s the CSOP MSCI China A International Hedged ETF (NYSE: CNHX). The hedged fund delivered smaller gains than the Shanghai Composite since it began trading two years.

Hedging is expensive. So, hedged funds usually underperform their benchmark.

That leaves investors with several choices. Invest unhedged in overseas markets and hope for favorable currency moves. Or hedge overseas investments and hope for big gains to beat high costs.

You can also consider overseas investments as short-term trades that make sense sometimes. While less popular, this approach is usually the most profitable.

Tariffs Put the Brakes on the Auto Sector’s Rally 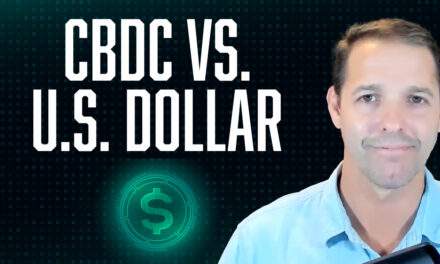 Why the Fed REALLY Wants a Central Bank Digital Currency