We’ll Pay You to Take Our Money 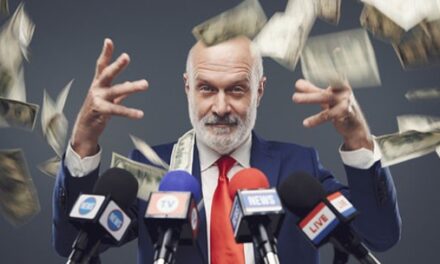 What if the Federal Reserve tried to give away money … and nobody wanted it?

Last week, the stock market behaved as it always does in the run-up to a big Fed announcement.

Stocks traded sideways all week. Then on Friday, when Fed Chairman Jerome Powell said the central bank wasn’t going to be changing anything soon, everyone started buying again.

This is a familiar routine. It’s based on the assumption that the Fed has the power to raise or lower interest rates by buying bonds out of the market in exchange for cash injections.

But what if that assumption is wrong?

Evidence from two quarters suggested that may be the case … and the implications for your investment strategy over the next decade are immense.

Financial markets in the U.S. and Europe are behaving strangely, and people are starting to notice.

The repo market is where banks, hedge funds and other big financial institutions trade U.S. Treasury bonds for cash on a short-term basis.

A hedge fund might have a need for more cash over the next 30 days. So, it borrows some from a bank in the repo market, posting treasury bonds as collateral. The Fed sets the interests rates of these transactions through its own bond trading.

Normally those interest rates are positive. Institutions that want cash pay to get it.

This year, however, those interest rates have dipped into negative territory a couple of times.

That means big players in the market are willing to pay to get someone to take cash off their hands!

The same thing is happening in Europe. Banks are taking loans from the European Central Bank and posting cash as collateral.

They’re only taking the loans because they carry negative interest rates, which means they profit by borrowing. They don’t really want the money.

Here we are, struggling to pay our bills and build our nest eggs, and the big financial fish have so much money they don’t want any more … even if it’s free.

Your second reaction might be to blame the world’s central banks for the situation.

Their relentless bond buying has pumped so much money into global financial markets that they’ve become financial versions of Monty Python’s Mr. Creosote.

Recent research, however, suggests that may be wrong.

A paper presented at the Federal Reserve’s recent Jackson Hole conference argues that the global oversupply of “liquidity” — aka cash — isn’t primarily due to central bank activities.

It’s something else entirely … something I’ve been warning about for as long as I can remember.

This Ain’t Natural, I Tell Ya

Monetary economists talk about the “natural” rate of interest. It’s the rate at which we enjoy full employment with low and steady inflation.

Everything the Fed has done since the great financial crisis — all the bond buying, all the “money printing” — is designed to get us down to this rate.

Problem is, we never get there.

In fact, the Jackson Hole researchers present evidence that the natural rate of interest has been declining since the 1960s.

The rate of decline increased after the world’s central banks started quantitative easing after the great financial crisis, but it was happening long before that: 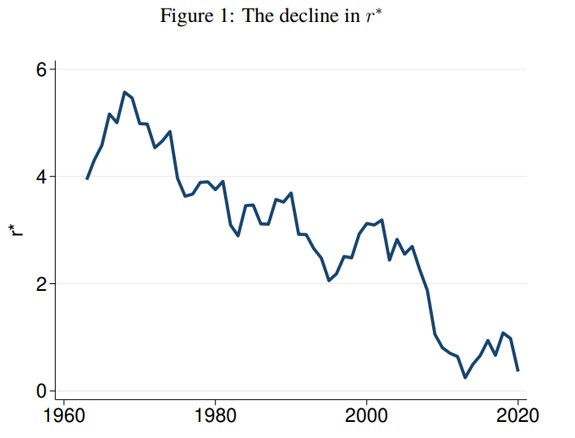 The researchers argue that that’s because the Fed and other global central banks aren’t the main drivers of interest rates.

That “honor” goes to income inequality.

The share of national income going to the top 10% is a mirror image of the decline in the natural rate of interest. After bottoming out at around 30% in 1970, it’s risen to over 45% today: 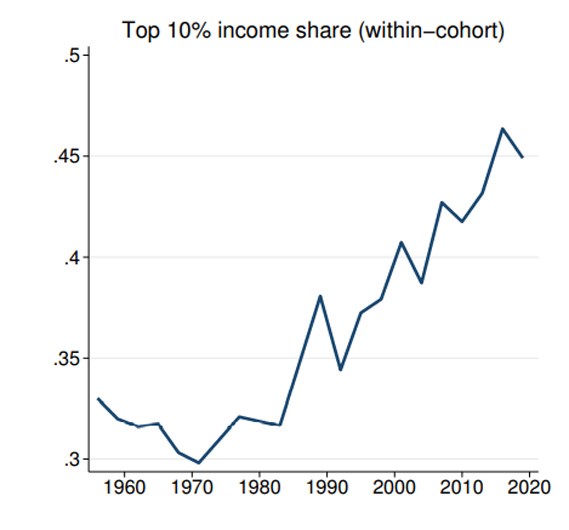 Now as an egg-headed economist (like me) might say: “Correlation doesn’t necessarily mean causation.” To prove that interest rates are falling because inequality is rising, you need another data point.

For that, the Jackson Hole researchers picked savings rates out of the lineup.

The savings rate of the top 10% of income earners is vastly higher than that of everyone else. 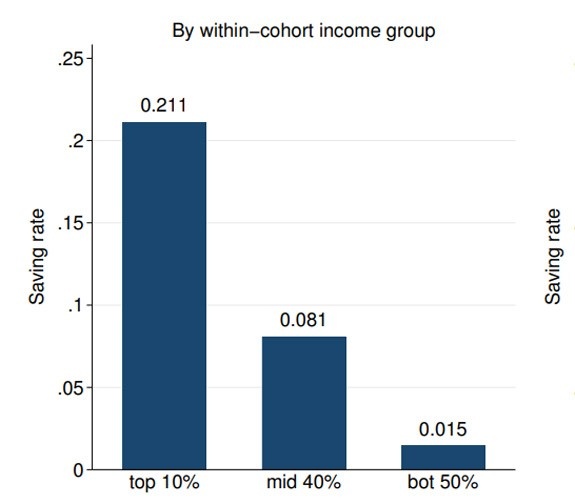 The mathematics are straightforward.

An ever-increasing amount of national income goes to the top 10% of the population. Because they can’t use all that money, they save a large chunk of it.

Those savings end up in global financial markets, resulting in a growing oversupply of cash.

That pushes down interest rates.

And lately, it’s been pushing them down so low that the world’s biggest financial institutions don’t want any more … so the world’s central banks are paying them to take it off their hands!

The paradox is that the Fed’s attempts to push down interest rates to boost the economy make things worse.

Quantitative easing just pushes more money out into asset markets where it ends up invested in stocks, real estate, cryptocurrencies, nonfungible tokens … whatever the latest buzz is.

Profits from all that speculative trading go straight back into the giant savings pile of the superrich.

The bottom line is that you can forget about fixed income investments for the rest of your life.

If you want to build financial security, you’re going to have to do it The Bauman Letter way … by building a solid foundation of income-producing assets from which you can branch out safely into higher gains.

Because take it from me … nobody is going to be begging us to take cash off their hands anytime soon! 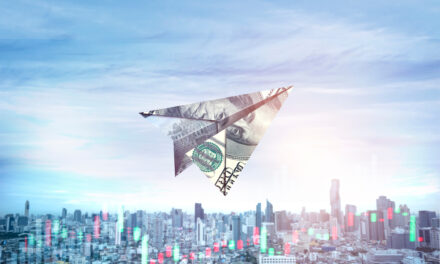 Stocks Soar on Fed Announcement … but Now What? 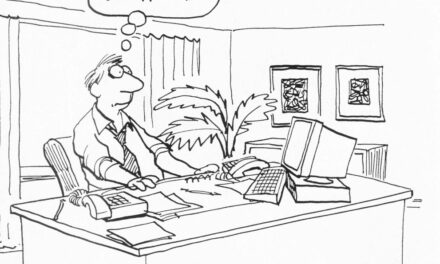 How to Handle This Out-of-Whack Market