Where do we fit in the world?

Every society in history has asked that question in one form or another — even isolated ones. Changing the object to the first-person singular makes it the question every thinking person asks of him or herself eventually.

In tomorrow’s election, the United States will select its 45th president. It’s unquestionably the most fraught political choice every living American has ever had to make. Many supporters of each candidate are utterly convinced that a victory for the other side would be the greatest calamity in U.S. history … our Armageddon.

The perceived threat isn’t just what the new occupant of the White House will do. It’s also what the losing camp will do in response to the election results.

Many Trump supporters have already indicated that they will not accept the legitimacy of a Clinton presidency. Congressional Republicans say they will refuse to consider any of her appointments and seek to impeach her immediately after election. The federal government will cease to function.

On the other hand, there are genuine fears of violent mass unrest and global market collapse if Trump prevails.

Are these election fears warranted? I’m not sure. But as someone who has lived the bulk of his adult life abroad and who writes about foreign countries for a U.S. audience, I can assure you: It could be worse … and it probably will be.

A few months ago, my father Bob Bauman passed along the following extract from a foreign friend’s blog:

If the world was a village of only 100 people, proportionately, the village would consist of 60 Asians, 14 Africans, 12 Europeans, five North Americans (U.S. and Canadians), eight Latin Americans and one from the South Pacific. Eighty-two would be non-white and 18 white. Forty-nine would be female and 51 male. Eighty-nine would be heterosexual and 11 homosexual. Eighty would live in substandard housing, 24 would have no electricity, 67 would be unable to read, 50 would be malnourished and one dying of starvation. Thirty-three would lack access to safe water and one would have HIV. One would be near death, two near birth … and only one would have a college education.

I could add all sorts of interesting tidbits. Most of our global village would live under various forms of autocracy. One villager would own 50% of the village’s wealth. The top three would own over 70% of it. Sixty-five of them would have experienced some form of physical crime. Only a few villagers would envisage a better future for themselves and their descendants.

We could react to these facts by reminding ourselves that things aren’t that bad for us Americans. In a static sense, that’s certainly true. We are the most privileged society on the planet. Even though we aren’t the richest per capita, we certainly have access to the greatest material abundance the world has ever seen. Our military power is unparalleled. We control the world reserve currency, and our public debt is considered the second-safest haven there is. (The first, of course, being gold.)

Which Way Ya Headed?

When you look at things dynamically, however, the picture is very different.

The U.S. is moving rapidly away from its peak. By almost any indicator you can name, the performance of U.S. society has declined in the last generation. Real incomes have stagnated. Inequality is the highest in 100 years. Our public capital stock is disintegrating, and our private capital stock is being liquidated. Longevity is declining for the majority, and infant mortality is rising. Our freedoms are rapidly slipping away, defined ever more narrowly as political norms erode and new technologies make surveillance and control easier for our rulers.

Above all, our confidence in our ability to reverse this downward trajectory has evaporated. The solitary reason is that we can’t agree as a nation on what needs to be done and how to do it. It’s not even clear that we are still one nation at all, spiritually speaking.

But that’s not the case in other parts of the world. Many societies are moving in the opposite direction — not in every indicator, of course, but in enough of them to give them confidence in their ability to achieve greater things in their future.

Amongst the many characteristics such societies have in common is that they no longer judge themselves in terms of their similarity to the U.S. Why should they? The question is whether we should be liberating ourselves in a similar way.

I get the occasional reader letter dragging me over the coals for being overly negative and insufficiently patriotic. Don’t I realize that this is the best country in history, that things are worse everywhere else? If I don’t like it, why don’t I just leave?

I understand that sentiment. But The Sovereign Society was founded by people like my father who believed that our first obligation is to ourselves and to our descendants. True freedom starts with accepting our individual responsibility to make choices based on what’s good for us and those we care about. Sometimes that means choosing to create some distance between ourselves and our birth country.

I’ve done that myself, and so have thousands of people who have invested or relocated offshore thanks to our research and writings over the years. It doesn’t give us joy to obtain a second passport, or move our assets out of the U.S., or establish a home abroad. Sometimes doing those things even makes us a little sad.

But making such choices does remind us that we have the option and opportunity to prioritize our personal freedom in the face of national decline.

It’s a choice that remains open to you too. Remember that during tomorrow’s election. 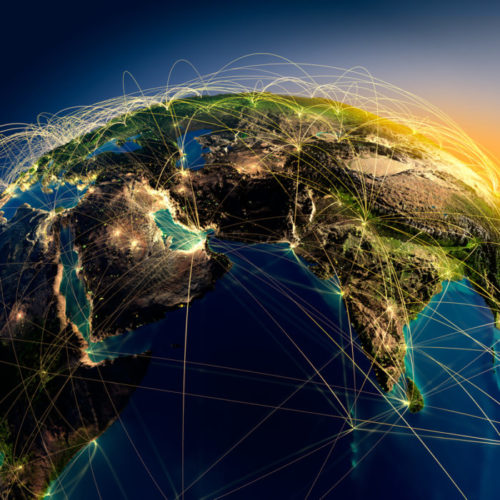 Do You Have an Offshore Backup Plan?