Energy Stock Alert: You Have a Rare Buying Opportunity

Ormat Technologies Inc. (NYSE: ORA) is the largest U.S.-based geothermal operator. It runs 851 megawatts around the world. The western U.S. is home to 67% of its operations.

The geothermal industry is the smallest segment of U.S. renewable energy sources. But it has huge potential for growth.

Technology in development could unlock 100 to 500 gigawatts of new capacity in the U.S. alone, many multiples of existing capacity and growth expectations.

Geothermal energy is heat locked up in reservoirs of water and steam miles below the earth’s surface. Ormat taps into those reservoirs, pumps fluid out of the ground and isolates steam.

There are three types of geothermal power plants. Ormat invented one of them. Ormat also developed technology to capture unused waste heat from production processes. Its technology converts that heat to electricity.

At the same time, it’s growing its energy storage division. Its turnkey battery systems integrate with other Ormat equipment.

Ormat has a bright future. But our opportunity comes from its recent past. 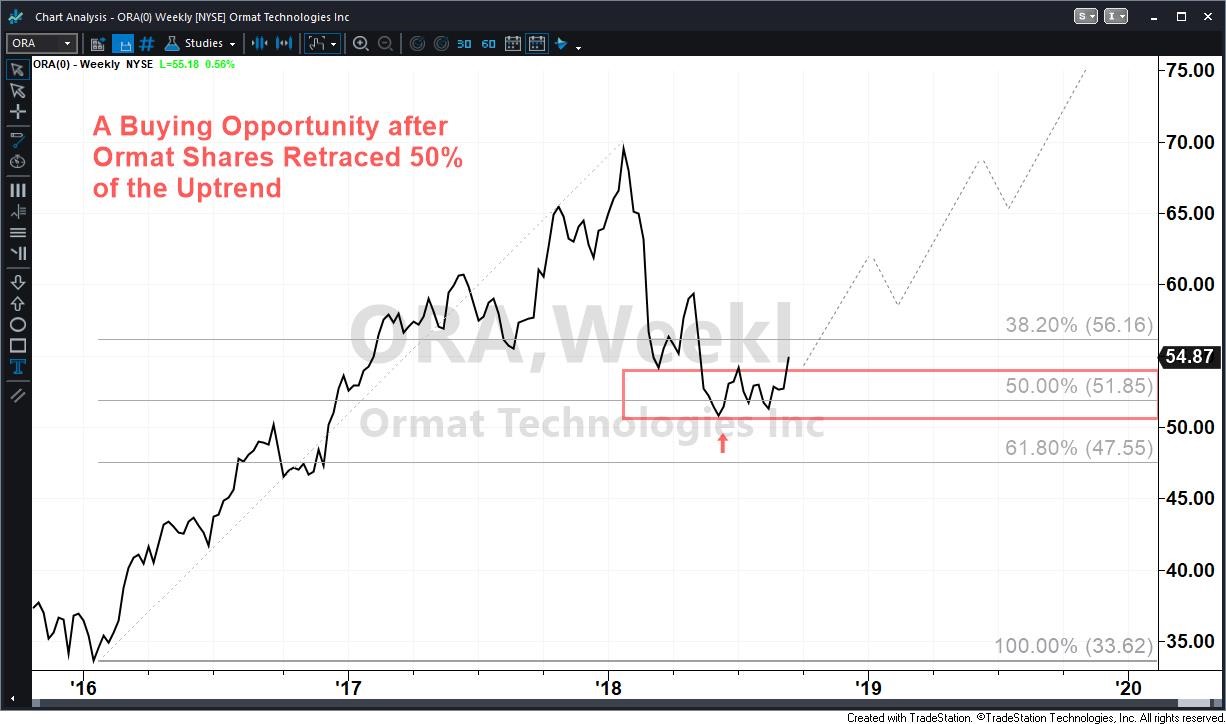 I told my readers about Ormat back in 2016 when a relentless uptrend began. Shares jumped 57% in 12 months.

That was the last good buying opportunity.

Of course, if the bull market blows off to extreme highs, Ormat could gain a lot more than 38% in the next 12 months.