This Election Season Will Go Down in History 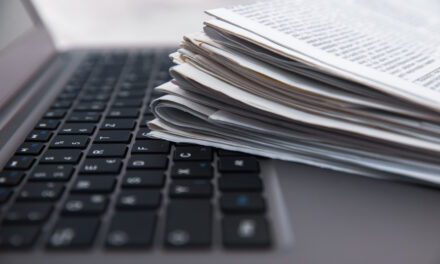 Editor’s Note: We don’t focus on politics in American Investor Today. Instead, our mission is giving Main Street Americans everything they need to master the markets, both in the long and short term.

And as we continue this historic election season, we want to remind you of that mission. Regardless of politics or who sits in the White House or in Congress, we’ll be working to make sure that everyday investors have the chance to secure their financial futures.

So, today, we want to take the opportunity to show you again why we don’t like following the shifting messaging during election season. Below, you’ll find an article from Wall Street veteran Charles Mizrahi.

He’s had front-row seats to the 1987 crash, the internet bubble, the housing crisis and more. He’s been through it all. There’s no one better to show us the way, no matter what the markets do next.

He published this back in September and we’re re-running it for you today.

The 2020 presidential election will go down in history as one of the most pivotal events our nation has ever witnessed.

And with the financial devastation of nationwide lockdowns during the pandemic…

An ugly fight for the Oval Office…

And a bitter feud between socialists and capitalists…

Millions of Americans are more concerned about their financial futures than ever before.

Bottom line … I get it. These are unprecedented times.

The markets are constantly swinging day after day from one sensational news headline to the next.

While the loudest voices say that our capitalist system is the problem… Make no mistake, American capitalism is NOT the problem.

In fact, that’s exactly why I walked away from my Wall Street career to help everyday folks on Main Street — just like you.

I want to help you, and as many other Americans as possible, rekindle the American dream and take back your financial freedom.

I don’t want you to worry about the ups and downs in the economy ever again. We, the people, have everything we need right in front of us to prove once again that America is the greatest country the world has ever seen. And we will.

How do I know?

Because I sat right where you are.

I’m on a Mission to Help Everyday Americans

You see, I didn’t grow up wealthy. As a kid, I always remember there was never enough money to go around.

My parents did their best. They worked hard raising a family … but financial freedom was never theirs. They didn’t have the know-how, or even know where to start.

Wall Street was only a 40-minute subway ride from my parent’s house. But it might as well have been on the other side of the moon.

The neighbors on my block were taxi drivers, sanitation workers and school teachers. They were as middle class as you can get. And this middle-class neighborhood couldn’t give me the contacts or money to be a success financially.

But it gave me something far more valuable: It taught me the importance of hard work and grit.

Many of my neighbors were first-generation American citizens. They sacrificed everything to make the long journey over from their home countries.

Every one of them believed with all their heart and soul that America was the land of freedom and opportunity … that they could lift themselves out of poverty and live with dignity.

So, when I was 20 years old, I left college and went down to Wall Street to seek my fortune. I only had one thing in my favor … I truly believed that I’d make something of myself if I worked hard, didn’t give up and continued to persevere.

At 23, I started my own money-management firm. I managed money for some of Wall Street’s biggest investment banks. By the time I was 35, Barron’s even crowned me the No. 1 trader in the nation.

And I believe we all have a patriotic duty to give back to this country that has done so much for us. To give back and help our fellow citizens take back their financial futures in these difficult times.

So, after 37 years on Wall Street, I’m here to help you do exactly that.

A Simple Approach to Find the Best Stocks — in Any Market

Look, I’m a New Yorker. The only thing we know how to do is give it to you straight.

But there are thousands of stocks out there to invest in. So, you need a process to filter out the strongest ones from the weak ones … a process that’ll let you take your emotions out of the picture.

And using my nearly four decades of Wall Street experience, I figured out a way to filter out the strongest companies by looking at three factors. Every stock I look at has to have them…

By following this approach, you’ll avoid the weak stocks in the market and have a better chance of success.

And when you succeed, America succeeds.

When it comes to winning in the market, there are always opportunities. In fact, I’m currently seeing several right now.

One of them is a stock that’ll do well in the near future: Lockheed Martin (NYSE: LMT).

[Editor’s Note: This is not a formal recommendation. So, we will not be tracking the performance of Lockheed Martin. And remember, never bet the farm on any single stock. That way, you’ll be prepared to encounter any market downturns.]

Lockheed is a well-known defense contractor specializing in aerospace, arms, security and other advanced technologies. And it has all the makings of an Alpha company…

It has over $47 billion worth of defense contracts with the U.S. government. It’s been a top leader in the space for decades, and will continue to tap into increasing defense needs.

Outstanding CEO: CEO James Taiclet took the lead in June 2020. And he’s no stranger to American patriotism. Taiclet began his career as a U.S. Air Force officer and pilot and served in the Gulf War. He’s also been the president of Honeywell Aerospace Services.

And most recently, he was the CEO of real estate investment trust American Tower.

Under his almost 17-year leadership, the company’s total stock return was 2,000%. Even though Lockheed’s business model is different, I still believe he can lead the company to similar growth ahead.

Plus, Lockheed will continue to have a steady stream of revenue. It has a backlog of $150 billion in equipment and services. It also has international customers.

And Wall Street’s fears are giving us a perfect opportunity to buy a great business at an attractive price today.

Now, Lockheed isn’t even the best opportunity I’m seeing in the market right now. There’s another all-American company flying under the radar that could help boost your nest egg even more.

That’s why I spent months putting together a special project called the American Prosperity Summit.

Remember, I’m on a mission to help everyday Main Street Americans. I want to help at least 1 million people take back their financial futures.

If you’ve already had a chance to see the American Prosperity Summit and take action toward reclaiming the American dream for you and your loved ones, there’s no need to read on.

But if not, all you have to do is click on this link to see my FREE special event.

During the event, I’ll give you access to my investing insights and know-how through my Alpha Investor Report newsletter.

And of course, you’ll learn more about the iconic American stock that could turbocharge your portfolio as you take back your financial freedom.

So, let’s show everyone around us how Americans get it done. Let’s show the world that we know how to win and that America is still the land of success.

I look forward to seeing you on the inside. 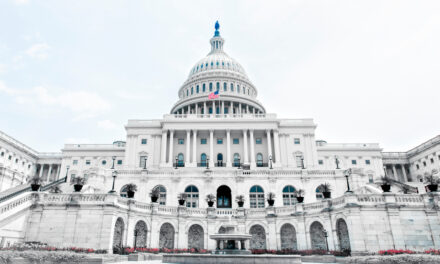 Chaos at the Capitol: Why Investors Like You Should Care