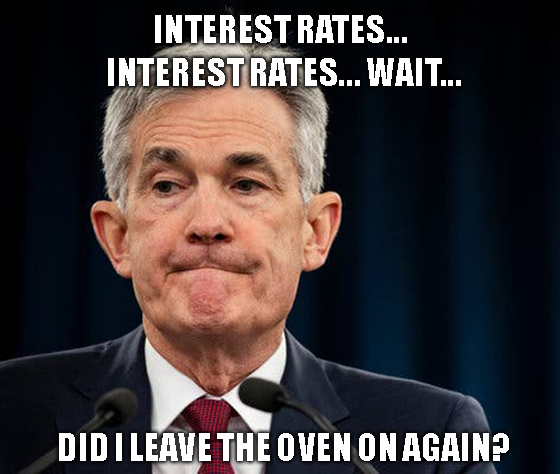 It’s been nice seeing companies driving the narrative on Wall Street again. Earnings season has given us diversity again … a reason to focus on corporate well-being, profits and, of course, failures.

But the broader economic kettle is beginning to spew steam again. Tomorrow, we’ll get the first whistle.

The Federal Open Market Committee (FOMC) will step out of its two-day meeting tomorrow to reveal its position on U.S. monetary policy and the economy. A rate cut of 25 basis points is a foregone conclusion at this point, with Fed funds futures pricing in a 97.3% likelihood.

You may think this certainty makes tomorrow’s FOMC statement from Fed Chairman Jerome Powell a big fat nothing-burger … but you could not be more wrong.

Wall Street will be hanging on ol’ Jerome’s every word. It’ll look for evidence of additional interest rate action, the Fed’s outlook on the U.S. economy and any commentary on the U.S.-China trade war.

Unfortunately (or fortunately, depending on your perspective), we are still in trade war limbo right now … locked in the “no progress is made” step of the trade war cycle.

But we’ve heard these promises before. We all know how that turned out.

Luckily, most of this uncertainty is already priced into the market. In other words, if tomorrow’s Fed statement on monetary policy remains as neutral as it has been, there should be little reaction from the stock market — especially with corporate earnings driving the narrative right now.

The only way the Fed will steal that narrative is if its language leans either “hawkish” or “dovish” on interest rates — i.e., signals that rate cuts are over or projects continued rate cuts.

The biggest concern for investors right now is the Fed shifting hawkish on interest rates. Stocks are trading near all-time highs, progress is reportedly being made in U.S.-China trade talks and interest rates remain exceedingly low. A hawkish shift by the Fed tomorrow could bring this delicate balance crashing down. 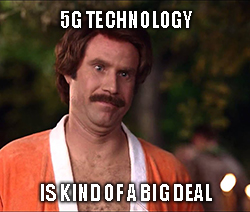 How many Gs does an investor truly need? The answer is five. You need five Gs.

The best place to get your 5G fix is with Amkor Technology Inc. (Nasdaq: AMKR) — it’s Great Stuff recommended since August 22!

Guidance for the rest of the year was pretty tame, with Amkor expecting revenue to be 22% higher. However, projections were very upbeat for 2020 and beyond. Amkor highlighted 5G deployment, the ensuing smartphone upgrade cycle and the rollout of more 5G technology in cars and factories as significant drivers for next year.

That’s a lot of Gs, and if you got in on AMKR when Great Stuff recommended it back in August, you are also sitting on a lot of Gs. The stock is up about 60% in just two months! Congratulations on your gains!

Now, I wouldn’t blame you for taking profits here. AMKR is a bit overbought at the moment. I’m expecting bigger gains next year, but a short-term pullback could be in the works (especially if the Fed messes things up tomorrow).

So, if you’re looking for a bit of a return on Great Stuff’s AMKR position, take half right now and bank it. Hold the rest for next year’s big gains. You can also add more by buying dips down the road.

The Bad: Battered and Fried 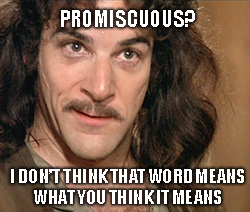 Grubhub Inc. (NYSE: GRUB) is getting smoked after releasing a horrendous quarterly report.

For the quarter, Grubhub revenue rose 30% year over year to $322 million, but missed analyst expectations. Earnings plummeted 40% to $0.27 per share, missing expectations for $0.30 per share.

Fourth-quarter projections were also fried, with Grubhub expecting revenue of $315 million to $335 million, well below the consensus target of $387.3 million.

In a letter to shareholders, Grubhub laid it all on the line: “As we dug into the data, we saw that our newer diners, particularly those in our newer markets, were not driving as many orders as we expected at that point in their lifecycle.”

The reason, according to Grubhub: “We believe online diners are becoming more promiscuous.”

Promiscuous? Is that really the word you want to use here? Promiscuous online diners are not mental images I needed today, thank you.

Essentially, Grubhub is blaming consumers for the increase in online diner competition. The company’s solution is to spend more aggressively in the next 12 to 18 months.

That’s not a good sign for investors. It’s why GRUB is down more than 40% today. And investors aren’t letting something like the short sale rule stop them.

Options activity has spiked significantly on the stock, with some 25,000 contracts already traded so far today. GRUB’s typical daily volume is about 9,000 contracts. Furthermore, many of those contracts are put options — or bets that GRUB will go down.

This is one falling knife you definitely don’t want to try catching right now.

The Ugly: Beyond the Lockup 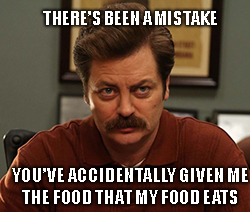 You knew I would get to Beyond Meat Inc. (Nasdaq: BYND) eventually today, right?

I have to say, I called it. Beyond Meat is hemorrhaging something fierce today, down more than 18% the last time I looked.

But BYND isn’t down because of earnings … well, it partly is, but not why you would think. The company actually hit the whisper earnings number of $0.06 per share, blowing past expectations by $0.03 per share.

Revenue soared 250% to $92 million, also beating Wall Street’s projections. About 45% of that revenue came from Beyond’s partnerships with companies such as Yum Brands Inc.’s (NYSE: YUM) KFC, McDonald’s, Subway, Dunkin Donuts and Denny’s (of all places).

And Beyond Meat raised its full-year outlook to $275 million — again, well above consensus expectations.

Make no mistake — this sell-off is about profit-taking. The lockup period is over. Investors who got in on the initial public offering at $25 per share are taking massive gains. As well they should.

Now, I’m not one to question someone else’s investment strategies — a 300%-plus gain is nothing to let ride for too long — but these investors may be missing out on even bigger gains down the road.

More on that in just a moment…

The VIX is a real-time measure of market volatility. The index tends to go down when the market rallies and go up when stocks sell off. This tendency has earned it the moniker “the Fear Index,” as it can gauge the amount of uncertainty and fear currently in the market.

Why all this technical jargon on an index you’ve only heard about in passing? Because the VIX is currently trading near its lows for the year. That sounds good, right? Low amounts of fear are a good thing … or at least they should be.

Look at the Chart of the Week below and tell me if you see a pattern:

Do you see it? (The highlights and arrows help.)

Every time that the VIX has traded this low in the past year, it spiked higher shortly thereafter. Remember that a rising VIX also means a falling market. In other words, we could be in for a short-term market drop.

But just because the VIX rises doesn’t mean the market will fall. There have to be drivers for that, correct?

Well, we have stocks at all-time highs that could bring profit-taking. We have a Federal Reserve decision on monetary policy tomorrow that might not go as planned. We also have President Trump turning his focus back to the U.S.-China trade situation. (On that note, we also have the potential for an ill-timed Trump tweet.)

Now, this chart isn’t saying there will be a market drop … it’s merely projecting a higher probability of one. There are clearly periods where the VIX has held at these levels for some time.

Eventually, however, the VIX will head higher. After all, the mean level for the VIX over the past five years is about 18.29, and that’s 38.5% above current levels.

Great Stuff Picks: It Tastes the Same if You Close Your Eyes

Now that I’ve got you worried about a market plunge, it’s time for something completely different.

It reminded me that we’ve been pretty scant on free stuff lately, so here’s you Great Stuff free pick!

You know the old saying: “The time to buy is when there’s blood in the streets?”

You read that right. We’re buying a stock that is down more than 18% today.

Because Beyond Meat isn’t down due to financial reasons. It posted blowout earnings, saw revenue surge 250% year over year and raised guidance.

The company has deals with some of the biggest restaurateurs in the world — deals that contributed 45% to revenue last quarter.

“B-but what about competition?” and “Isn’t this just a fad?”

If you believe these things, you clearly don’t understand the millennial generation.

Do you really think that millennials are suddenly going to start buying plant-based meat from Tyson Foods? Dinosaur-shaped meatless nuggets aren’t going to cut it here. This is the generation of avocado toast, for heaven’s sake.

Where’s the Instagram opportunity? You can’t take pictures of yourself eating Tyson non-meat and look cool.

And what about the environmental and moral impact of buying meat alternatives from “the big boys”?

These are the social issues that drive the millennial generation. Sure, there will be competition, but Beyond Meat caters to these issues. It has already become a staple in those social and environmental movements. Big companies like Tyson are not going to move in on that territory.

As for BYND’s stock, it was heavily oversold before today’s sell-off. The shares are now down about 63% from their all-time highs.

Consider this: BYND would likely have rallied 20% on today’s earnings report without the end of the lockup period.

Once this round of profit-taking is finished, BYND is going to rally.

It’s a solid company with solid earnings and revenue growth. And those factors are only going to improve due to the set of values that drive the millennial generation and — speaking from experience with my kids and their friends — the generations to follow. 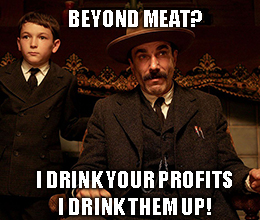