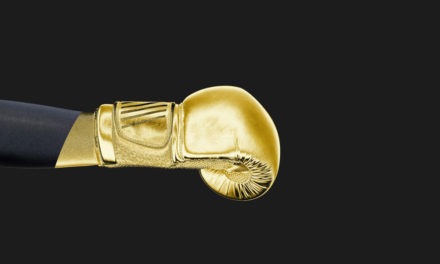 In the worst market crash in a decade, investors looking for gold’s help are left out in the cold.

The yellow metal lost 12% from its high on March 6.

But don’t worry — gold’s weakness is short term. That’s because its greatest strength is also its weakness during a mass panic.

The current market crash can’t be treated like a normal trading event. Investors who overextended themselves on risky bets got caught off guard. And in a panic, they are looking to sell anything they can.

We don’t have to get sophisticated about this. Just walk into any pawn shop and ask them what the most popular pawned item is. It’s jewelry.

When you’re strapped for cash, you’re going to sell your most valuable stuff first.

Gold was up 17% in 2019. Prior to the crash, it had reached its highest point since 2013. That means anyone who bought gold in the past five years was in the black.

That made it an easy sell.

But remember: We’re in a time of panic. That means people are looking to cash out in a hurry. Sellers far outnumber buyers right now.

But that will change soon.

Let’s look at how gold fared during the last major crash to see how we can profit today.

Gold Beat Out Stocks After ’08 Crash

From the market peak in October 2007, gold struggled to hold ground.

Wave after wave of panic selling forced it down roughly 5%.

But it snapped back with a vengeance.

Investors bought into the safe haven after the crash. That’s because of something called recency bias.

A traumatic event such as a market crash sears itself into the human brain. We think another crash is just around the corner.

If you’ve ever been in a car crash, you know the feeling. You drive cautiously for the next few days. You’re convinced you’ll get hit again.

But over the weeks and months that follow, you relax and get back to your normal driving habits.

Following this market crash, investors are going to want to play it safe.

And it doesn’t get much safer than gold. It’s been used as a store of value since Mesopotamia.

For investors looking to deploy some cash, this panic selling offers us a great chance to buy gold.

I’m a firm believer that every investor should hold a small amount of gold. Something like 5% to 10% of their portfolio.

Consider a fund like SPDR Gold Shares (NYSE: GLD) or the iShares Gold Trust (NYSE: IAU). These funds track the price of gold, and they are an easy way for investors to gain exposure.

For even more on gold, stay tuned for Matt Badiali’s April issue of Real Wealth Strategist. It’s set to hit the printers next week. But I got to take a sneak peak of the rough draft. You don’t want to miss this one.

To learn how you can be sure to receive the April issue, check out his special presentation here.

P.S. Check out my latest Marijuana Market Update. I tell you why a point I’ve been hammering every week is more important now than ever. I also turn bearish on one popular pot stock. You can watch it all right here! 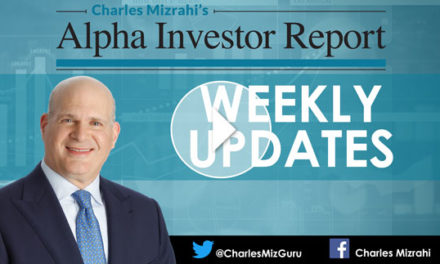