Home » American Investor Today » This Week: It Doesn’t Take a Genius to Win at Stocks

This Week: It Doesn’t Take a Genius to Win at Stocks 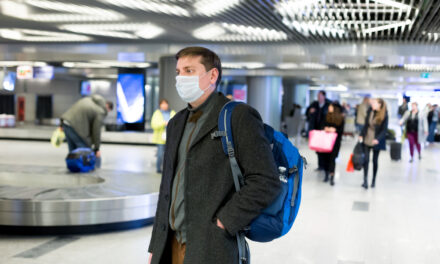 Sports are back … for now.

But if what’s happening in the MLB is any sign — we’ve got a long road ahead.

Some sports are making sure their teams aren’t traveling. Pro basketball teams from across the country are currently sequestered at Disney World. They’re using what’s called the “social bubble” strategy to control virus risks.

That means players and staff aren’t allowed to leave their campus or physically interact with anyone from the outside. It sounds bleak, but it keeps the risk of infection very low.

Zero NBA players have tested positive in the three weeks since the tournament started.

Hockey organizers are using the same strategy. NHL teams are isolated in two locations in Canada, as of this writing.

Baseball is a different story. Travel is such a major part of the MLB that the organizers couldn’t envision a tournament without players moving from one city to another.

You know what’s coming next. Two MLB teams — the Miami Marlins and the St. Louis Cardinals — have had to call off their activities as they deal with major outbreaks.

The MLB looks a lot more like the outside world than any of the other active sports.

Whatever the “second wave” of the coronavirus pandemic is, the rest of us are in it.

Many schools across the country attempted to open this week. It hasn’t gone well. There isn’t a definitive list of schools that have opened and then closed again. But anecdotally, the situation isn’t good.

One town in Mississippi had to quarantine over a hundred students after several tested positive for the virus.

Some reports say that we’re seeing cases leveling off. But that’s not a sign of relief. “Leveling off” just means that infection rates are maintaining their momentum for now. The bad news is that this momentum is infecting more than 45,000 people every day.

That brings us to our stories for the week:

Finally, Charles Mizrahi used his weekly video to give his subscribers an insight into his philosophy.

“I started out more than 37 years ago as a speculator,” he says.

“I was a floor trader for a good part of the time, also when I ran my money management firm. I was a speculator. Let me tell you, folks, it’s a very, very tough way to make money and to live a life.”

But, he says, “I realized there had to be a better way to make money in the market.”

The Three Rules of Investing

Charles has been spreading the word since he made that discovery. You have a choice. You can be a speculator … or you can be an investor.

Speculators are beholden to price moves. Investors are different.

For example, as Charles says, “Alphabet, the parent of Google, is made up of a whole bunch of companies such as Nest and YouTube and Android and several more. They have revenue. They have earnings and cash flow. They have products. They have employees.”

Investors look at stocks for what they really are — pieces of a business.

And because of that, investors don’t have the same priorities as speculators. They aren’t focused on where a stock is headed tomorrow. Instead, they’re focused on three things:

No. 1: They determine the underlying worth of the business. How much is the business worth to the private investor?

No. 2: They buy the stock when it trades at a big discount to the worth of the business. And then, here comes the hard part…

Following this simple process, Charles says, made all the difference. “It was a much easier way to make money in the market — instead of trying to guess the direction of every wiggle and jiggle on the chart. That was insane.”

Since then, Charles has spread the word. Even now, as he discovers new ideas and new investments, he shares them with his subscribers.

Recently, he’s been interested in AI. It may be impossible to understate how important AI will be in the future.

By applying the three rules of investing — not speculating — he’s been able to track down four companies that every investor should own. The AI wave could be one of the biggest opportunities in our lifetimes. 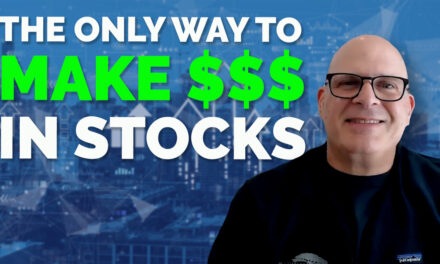 The ONLY Way to Make Money in Stocks